At 100, Indian University Bears Imprint of Spicer and Lowry 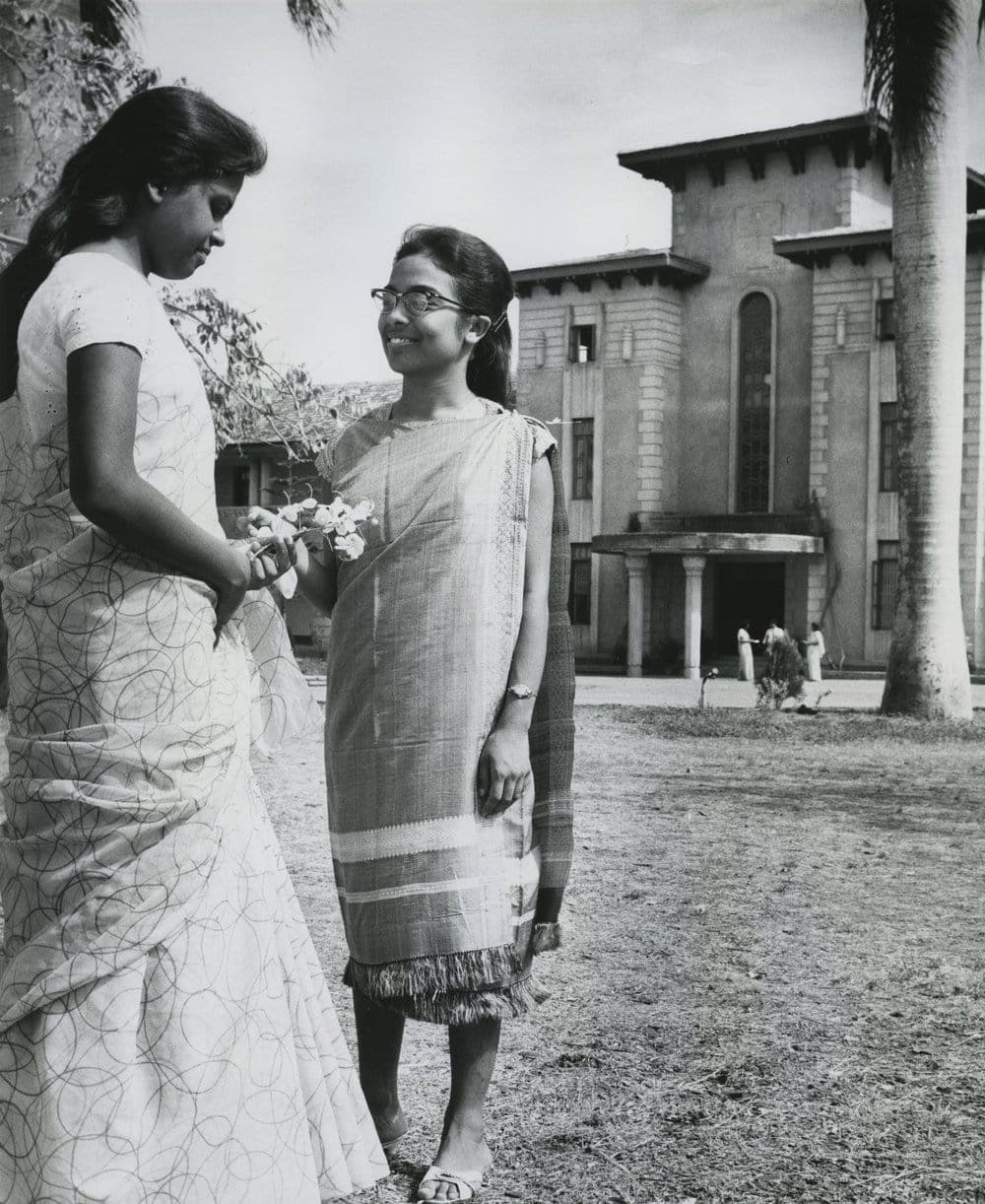 By David Trim, director of the General Conference's Office of Archives, Statistics, and Research

Indian pastor Jonas Singh fought back tears as he said goodbye to Gentry G. Lowry at the train station in Ranchi, India, in 1936.

“I will see you in heaven, Lowry Sahib,” he said, giving Lowry the title “Sahib,” or master, as a sign of respect.

Singh never forgot his astonishment when Lowry, who was facing serious health challenges, replied: “No, Jonas, I will see you next year. God has His plans for this church in India, and I believe I am part of them. And if so, He will spare my life long enough to do what I need to do.”

The 48-year-old U.S. missionary did return the next year to oversee Spicer Memorial College, which he founded, and later to lead the Adventist Church’s Southern Asia Division. He remained in India until he died suddenly in 1942 at the age of 57.

Lowry’s legacy is in the spotlight this weekend when the school, now Spicer Adventist University, celebrates its 100
th anniversary with guests from around the world, including General Conference president Ted N.C. Wilson. From humble beginnings training Bible workers and literature evangelists in India, the school has grown into a powerful resource for the Southern Asia Division and the world church.

Lowry is one of two names that resonate in the history of the university, the flagship institution of the Southern Asia Division. The other name is William A. Spicer, a pioneer missionary and former General Conference president.

Lowry and his wife, Bertha, started the school, the Seventh-day Adventist Church’s 66th educational institution, in the Indian city of Coimbatore in July 1915. It was the same month that Adventist Church co-founder Ellen G. White died. World War I was about to enter its second year. Indian independence was still 32 years in the future: Britain’s King George V bore the title “Emperor of India.” Adventist work in India had only formally commenced 20 years earlier, when a mission station opened on Bow Bazaar Street, in the huge city of Calcutta (today’s Kolkata), in 1895.

How the School Began

As 1915 began, the total number of Adventists in India was just 491. Of these, 135 worked for the church, including 99 missionaries from abroad. In the South India Mission, where the total population exceeded that of the United States, there were only 73 indigenous believers and 10 missionaries, including two ordained ministers: Judson James, the head of the mission, and Lowry, a native of Springville, Tennessee, who had moved to India six years earlier.

So it was that the South India Training School opened in July 1915 with two buildings on 4 acres (1.6 hectares) of land. Lowry was the principal, responsible with two other faculty members for 27 students. Indicative of his confidence, however, was the fact that the school was built with a capacity for 50 students. It offered the equivalent of a high school education for Bible workers and literature evangelists.

The India Union Mission already operated five schools, but none went past grade 8.

Four months later, another young missionary, Irvin F. Blue, helped found the denomination’s 67th educational institution, the Indian Christian Training School, in the northern city of Lucknow. But Blue, who had only one other teacher and 14 students, was soon moved to departmental work at the India Union Mission, and the school stagnated and closed in 1919.

In contrast, Lowry provided vigorous leadership to the South India Training School. In 1918, he led its move to the large southern city of Bangalore, which had better transportation connections than Coimbatore. The school remained in the Bangalore area for 24 years.

In 1920 Lowry became head of the newly organized South India Union Mission and held various positions within the Southern Asia Division, formed in 1919, for the next 17 years.

His health problems had started in 1933 when he had needed surgery for appendicitis. Complications had followed, and he had begun to suffer acute abdominal pain. Another surgery took place in 1935, but the pain continued and doctors warned that he needed treatment in a hospital in Britain or the United States. They also warned him that India’s climate was bad for his health and that he should not return.

On March 22, 1936, the Southern Asia Division Committee voted to send Lowry home for surgery, with the expectation that he would not return. A few days later, he, his wife, and his younger son stood at the train station and he told the Indian pastor: “I will see you next year. God has His plans for this church in India, and I believe I am part of them.”

True to his word, he returned to the South India Union Mission in 1937 and oversaw a major change: the South India Training School became the first junior college in the Southern Asia Division. It adopted the name Spicer College.

The new name was in honor of Spicer, who served in India from 1898 to 1901, and was the second head of the India Mission. One of his three children, Helen, was born in India. He served as General Conference secretary from 1903 to 1922 and then as General Conference president from 1922 to 1930.

Having served as a missionary first in Britain and then in India, mission remained Spicer’s passion throughout his life. During the 27 years Spicer was a General Conference officer, the Adventist Church became a truly worldwide denomination. This owed much to his vision.

“The world is one field, and the harvest surely will not be gathered in any place until the whole is ripened,” he liked to say.

Although Spicer spent only three years in India, he was passionate about fields like India and China where, he said, “surely we ought to run through with the message, telling the people what these things mean before the very closing scenes are upon us.”

Furthermore, he had been an advocate of advancing indigenous talent in India. Thus it made a great deal of sense to name the transformed workers-training college after W. A. Spicer.

In its first year as Spicer College, the school had 71 students and five teaching faculty members. Numbers fell after the start of World War II, but 1941 saw the election of a new division president who chaired the college board: Lowry.

As in 1915, he saw beyond what the institution was, to what it could be, and what the church in India needed. Lowry pushed for Spicer College to become a senior college and, as a preliminary step, in 1942 he oversaw a major move from Bangalore to Pune, in the state of Maharashtra. This gave the college a central location more befitting what was now an all-India, rather than just a southern India, institution.

Lowry died abruptly in May 1942, but his vision lived on. In 1946, Spicer College became the first Adventist senior college in Southern Asia. In its first year with this status, it had 71 students taught by 18 faculty members.

Spicer died in 1952, and the college was renamed Spicer Memorial College in 1955. It retained this name for 59 years, until it became a university last year. In its final year as a college, it boasted 1,173 students, 132 faculty members, and 132 other staff.

In 1921, William Spicer declared: “The cause of worldwide missions is not something in addition to the regular work of the church. The work of God is one work, the wide world over. [To] carry the one message of salvation to all peoples … is the aim of every conference, every church, every believer.”

After 100 years, the university that bears his name promotes his vision. It no longer just serves India. Many students come to Spicer from Eastern and Southern Africa, Southeast Asia, and the Middle East, as well as India. The university stands out from the 105 other Adventist tertiary institutions worldwide by offering an unusually high number of courses on mission. Its graduates work as pastors, theologians, missiologists, and administrators around the world. The institution has William Spicer’s mission-focused DNA.

But while the university does not bear Lowry’s name, it certainly bears his imprint. A superb leader, he made his life in India. He was fluent in seven Indian languages: Bengali, Tamil, Hindi, Kanarese, Malayalam, Telugu, and Urdu. He spent a total of 33 years on the subcontinent After his death, his wife, Bertha, served 13 more years in India, only returning to the United States in 1955 after 46 years of service in India and Burma. Their sons Willis and Roscoe, raised in India (where Roscoe was born), both returned as missionaries themselves. Such was the love the family had for India and Indian Adventists.

The worldwide Adventist Church was built by families as devoted to mission as the Spicers and the Lowrys. Whatever else changes, as long as Spicer Adventist University instills that same dedication to mission in its students, it will truly be the institution that Lowry founded and molded, and that honors Spicer in its name.