Sheer shock flashed across principal Heidi Kruger’s face at the announcement that someone had paid off the debt of her Seventh-day Adventist grade school in the U.S. state of Washington.

“This changes everything!” Kruger cried. “This money will allow us to focus on the mission of teaching with the purpose of getting our students ready for heaven.”

Beside her, the pastor and the school board chair of her Riverside Adventist School in Washougal, Washington, stood speechless, hands over their mouths. Officers from the Adventist Church’s Oregon Conference had just declared their school debt-free during a regional board of education meeting.

Riverside is not the only school to receive similarly good news. Every school that owed money to the Oregon Conference saw its debt paid in full by a group of anonymous donors this year.

Moreover, the donors, who have contributed $2 million since last fall, are building a brand-new campus for one of the conference’s academies and providing scholarships to dozens of students otherwise unable to study at Adventist schools. At least one student has been baptized.

As a result of the surprise windfall, enrollment is rebounding at the conference’s 31 schools, which include five academies, and local pastors and educators are reenergized in their efforts to prepare children for a lifetime of service and Jesus’ soon return, said Al Reimche, president of the Oregon Conference, which covers western and central Oregon and part of southwest Washington.

“We didn’t expect this at all, but God has really blessed in a powerful way,” Reimche told the
Adventist Review on Tuesday. “The schools have a whole new lease on life.”

It Began With a Vision

The remarkable story began last year when the Oregon Conference, worried about a decade-long decline in enrollment, developed an ambitious strategy to enroll 1,000 new students at its schools over the next five years. The conference’s schools had 2,300 students after shedding about 100 students a year from a high of 3,000.

The conference’s new vision caught the attention of a person who went on to become a donor and the driving force behind the group of donors, Reimche said.

The donors first contacted the conference with a proposal to give full scholarships to any student who had never attended an Adventist school and was about to enter kindergarten, first grade, or ninth grade in the 2014-15 school year.

A total of 39 students ended up receiving the scholarships, which totaled $250,000. One of them, ninth grader Taleigha Schnoor, was baptized in February in the icy waters of the South Umpqua River at Milo Adventist Academy in Days Creek, Oregon.

Reimche said the donors felt strongly about remaining anonymous because they wanted to keep the spotlight on Adventist education, not on themselves.

“The donors see our schools as a fantastic resource for training our kids,” Reimche said. “They told us, ‘We want others to know that this is how we can help our students and schools. If we don’t, the schools and our mission are going to die in North America.’”

The Milo academy baptism and the spiritual growth of the other new students appeared to invigorate the donors, whose number, Reimche said, has swelled this year. In March, the donors offered to clear the $1.1 million in combined debt owed by the schools to the Oregon Conference. Their rationale, they said, was to give the schools a chance to get their heads above water and put their full attention on the reason for their existence: Adventist education.

Schools around the conference responded with surprise and thanksgiving to God.

“It is as if our shackles have been taken off,” Joan Oksenholt, principal of
Lincoln City Adventist School in Lincoln City, Oregon, told GleanerNow, the newsmagazine for the North Pacific Union Conference, whose territory includes the Oregon Conference. The same report described the stunned reaction of principal Kruger from the Riverside Adventist School.

The debt repayment meant some schools no longer needed to worry about possible closure, while others could acquire much-needed new textbooks and other materials. Local congregations connected to the schools also felt relief because many were giving beyond the regular subsidy to keep their schools operating,
GleanerNow said. 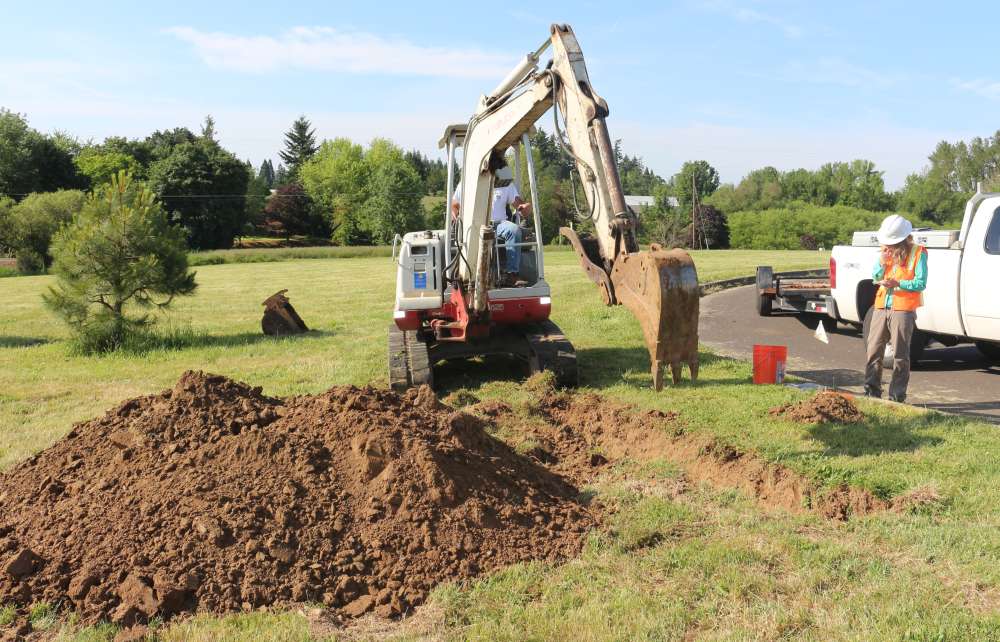 The principal of
Livingstone Adventist Academy in Salem, Oregon, felt especially blessed after the anonymous donors not only paid his school’s debt but also agreed to construct a brand-new campus.

Principal Joel Reyes led the faculty and students in praying fervently after the academy opened in fall 2014 with a large debt and no means to replace the worn-out roofs of the gym and cafeteria. Then a windstorm tore off part of the library’s roof in November, and critical cracks were found in water heaters for the gym and cafeteria. The large heaters could explode at any moment.

“As the staff were collectively praying and grappling with the reality of their facility, they were not aware that the Lord had already sent a savior for their school,” Reyes wrote in
an article published last week in GleanerNow.

“But the Lord’s plans for Livingstone Adventist Academy went even farther than the most faithful had been able to envision,” he said. “Not only was the entire debt (which was not small by any measure) completely paid off, but a plan is now in full swing to replace the old, rotting structure. No more does the school family need to worry about crumbling structures and leaky roofs.”

The Oregon Conference, meanwhile, is pushing ahead with its five-year vision to enroll 1,000 new students. The scholarship program, called Every Child Deserves to Know Christ, expanded this fall to include second- and 10
th-grade students so those who enrolled for the first time in an Adventist school last year can continue their education. About 130 students are currently receiving partial or full scholarships.

“This has brought an absolute influx of students,” Reimche said.

In a first, Milo, the conference’s only boarding academy, welcomed some 20 new students this year while maintaining last year’s numbers. Enrollment is around 95 students compared to 70 to 75 last year, Reimche said.

In mid-August, 400 pastors, educators, and student leaders gathered for a three-day “Together as One” retreat at the Sunriver Resort near Bend, Oregon. Donors covered the cost of the conference-organized event to strengthen schools.

“It helped our pastors and educators to realize that they are not islands unto themselves but they are stronger when they work together,” Reimche said. “It was a total blessing.” 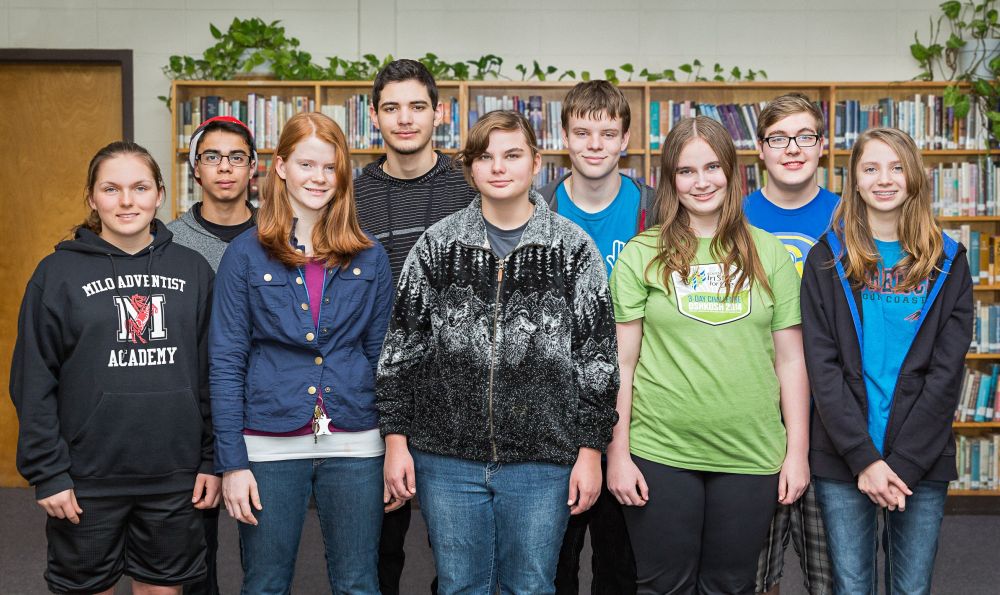 While millions of dollars have been donated to Adventist education over the years, Oregon Conference represents the first time in memory that anyone has paid the debt of all of a conference’s schools.

“There are many instances of donors covering the bills for students. People understand the strain on families and many are very generous,” said Larry Blackmer, director of education for the Adventist Church in North America. “But I do not know of a case quite like this.”

Reimche said his conference’s story could be repeated anywhere. The key, he said, is to remember: “These are not our church schools. These are our church’s schools.”

His advice to other conferences and schools is to pray and draft a strategic plan that donors can embrace.

“Instead of us crying about the decline in enrollment, we need to pray that God will stretch our faith and allow us to see the potential,” he said.

He believes that part of the reason that some Adventist schools have lost students is because educators, pastors, and other conference workers have worked in isolated groups rather than together to create a vision of growth.

“As we work together, our vision of growth becomes something that other people grow aware of, and they are willing to consider giving,” he said. “That’s what we saw in our case.”

The vision, he said, must focus squarely on Adventist education’s mission to redeem people. 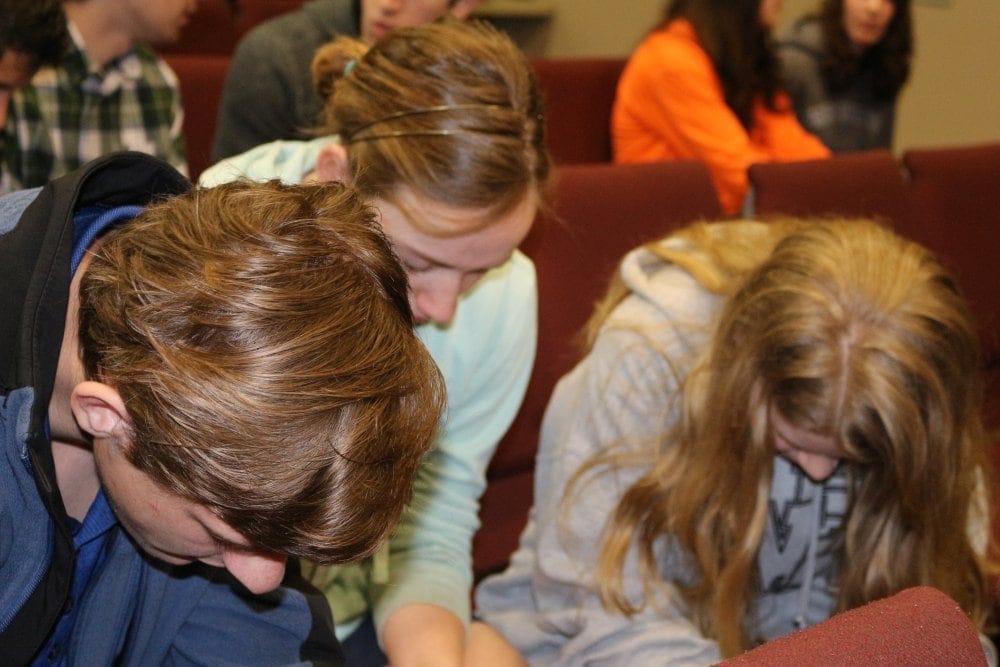 
Joel Reyes, principal of Livingstone Adventist Academy, tells how his school got a new campus just when everything seemed lost:

You know how it goes. We all believe God can do anything. “Nothing is impossible to God,” we say, yet deep inside we filter our own belief influenced by our personal experience.

A story in the gospel of Mark comes to mind in which a father brings his epileptic boy to Jesus. This man loves his boy, and there is nothing he would not do to see his boy laughing and running around like any other normal boy. He has tried everything, but nothing has worked. Even the disciples had failed to drive the evil forces from this boy’s life.

The father finally came to the terminal conclusion that there was nothing anybody could do for his beloved child. Oh what a fatal condition to be in! In Mark 9:21, the father says to Jesus, “If you can do anything, take pity on us and help us.”

Sometimes the struggles of life are so debilitating that faith fades away and reasonable skepticism takes over.

For the last few years, Livingstone Adventist Academy has struggled under the weight of a growing debt. It came to the point where drastic changes had to be made.

This past school year, the staff operated under a new project of financial responsibility, including paying the debt that had accumulated.
This could not be done without deep and painful cuts to all programs. Like many schools around the North Pacific Union Conference, the academy has a very aged campus, and major repairs are needed.

As rain began to fall soon after the school year started, the staff realized their challenges were larger than imagined. We needed a new roof for the gym, and the roof in the cafeteria followed. One day the staff had six large trashcans strategically placed in various locations around the cafeteria, each collecting large amounts of rain.
Then in November a windstorm tore a section of the roof in the library. After that, the staff discovered that two of the large water heaters serving the gym and cafeteria had critical cracks and could blow up at any moment.

We knew there was no money allocated in the budget for any of these repairs. The repairs were not optional, however, if we wanted to continue operating a school.
We began to get estimates for all the imperative repairs. The projected cost was astronomical, nothing close to what school resources could provide.

I sat in the solitude of my office late in the evening after students and staff had gone home.
“This is too much," I thought. "It cannot be done.”

Then the sea opened.

In early April, the school began drawing projections for the following school year, mostly by faith because the reality wasn’t too bright. But collective faith can be an extremely powerful tool in the hand of the weak.
It was then that the Lord sent the help we had been praying for.

Often we pray for solutions to our immediate needs. We pray for drops of blessings, unaware of the flood that the Lord is willing to unleash if we will only believe.

Today we could not be happier. The building committee is working hard, drawing plans and carefully looking at all the logistic challenges of building a new school. We have seen the Red Sea open before our very eyes. We can yell from the mountaintop, “We believe! Yes, Lord, we know You can.”


A version of this commentary appeared in GleanerNow.