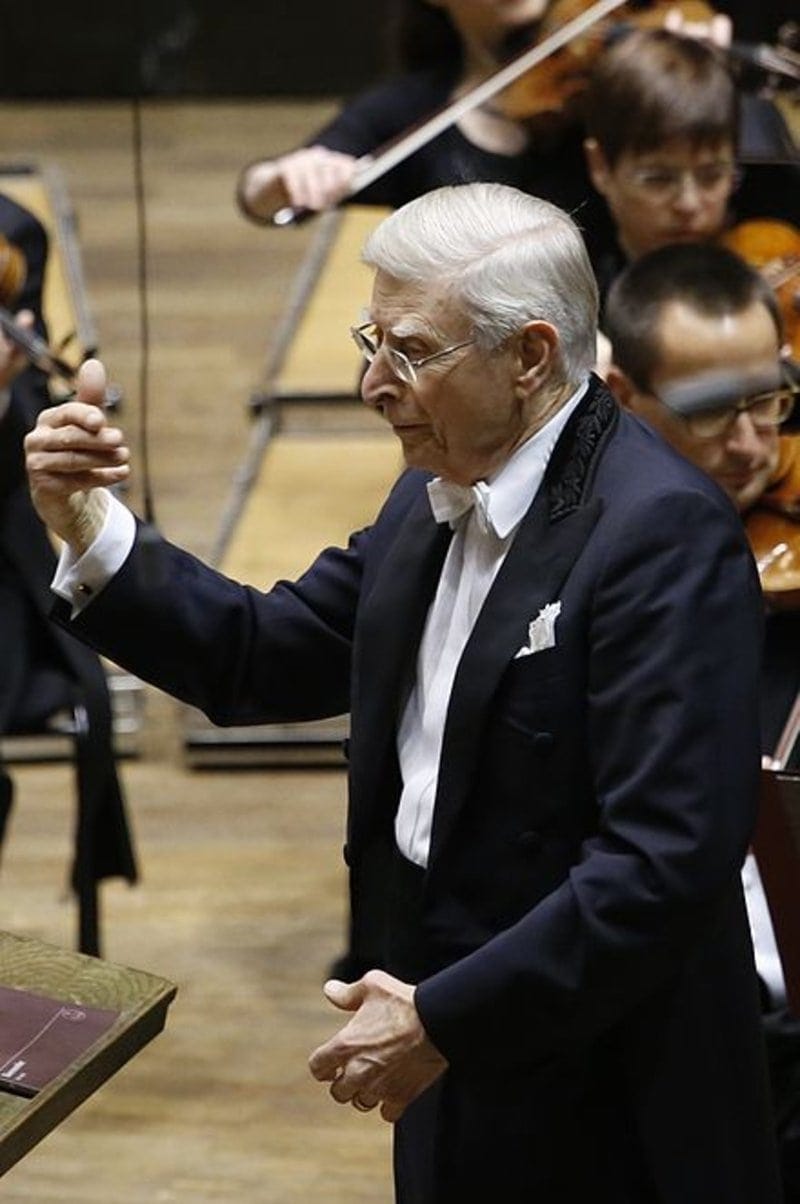 The Brahms Society of Schleswig-Holstein thus paid tribute to an artist who has contributed to care for the music and the artistic heritage of Johannes Brahms. The Brahms Prize has been awarded since 1988 to important musicians including Leonard Bernstein, Sir Yehudi Menuhin, and Anne-Sophie Mutter.

Blomstedt, who will turn 90 on July 11, is set to perform more than 90 concerts with famous orchestras across Europe and Asia. The Swedish conductor is known for his performances by German and Austrian composers, such as Beethoven, Mendelssohn, Brahms, Schubert, Bruckner, and Strauss, with renowned orchestras.

Blomstedt was born on July 11, 1927, in the United States, as the son of a Seventh-day Adventist pastoral couple.He received his first musical education at the Royal Conservatory in Stockholm and the University of Uppsala. Later, he studied conducting at the Juilliard School of Music in New York, contemporary music in Darmstadt, Germany, and Renaissance and baroque music at the Schola Cantorum in Basel, Switzerland.

Blomstedt is an elected member of the Royal Swedish Music Academy and has been awarded several honorary degrees and important prizes all over the world. He also established a prize himself.In memory of his late wife Waltraud, who passed away in 2003, Friedensau Adventist College in Magdeburg awards the “Waltraud-and-Herbert-Blomstedt-Prize.” The prize endows 500 euros to Friendensau students who make a significant musical or artistic contribution in the area of Church Music.

In an extensive article published in Adventist Review in 2012, Blomstedt summarized his philosophy of musical performance and the connections he sees between his art and the God he serves.

“I am often asked: How can you continue to play the same symphonies over and over?” Blomstedt wrote. “The answer is that I am looking for the truth. The truth in a performance of a musical masterwork is to achieve a perfect balance between all its elements. It is very complicated. Thousands of details must fit together perfectly in a split second. Not only do all the technical difficulties have to be solved—the expressive and emotional qualities also have to come through.”

In the same article, Blomstedt discussed how he sees his role as conductor. “As a performer, I must remain in the background,” he wrote. “The message of the music as laid down by the composer, the truth of the music, gets obscured if too much attention is focused on the performer.”

Blomstedt also offered his estimate of the reality of human achievements versus an ideal search for truth. “I hope to come closer to that truth with every performance, even if I know it will never be perfect because in the arts we never reach the ideal,” he wrote. “A work of art is in fact never finished…. Even God’s Creation is not finished. The seven days were only ‘the beginning.’ It still goes on today—in every budding green, in every baby born.”