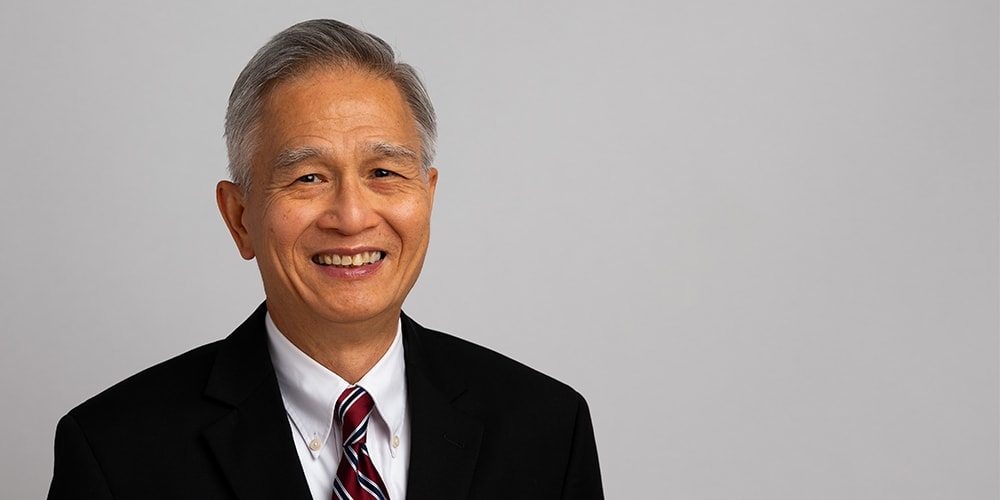 On March 30, 2021, in a letter to Adventist Church regional division officers around the world, Ng announced his retirement “with profound sadness.” He added, however, that it has been a distinct privilege to work with people from diverse backgrounds to expand God’s kingdom. “We [have complemented] each other, and that is something special,” he said.

In comments to Adventist Review, Ng discussed some of his mixed feelings about his decision to retire. “[Starting] June 1, I will be down to one boss: my wife,” Ng quipped with his trademark deadpan humor, adding, “It’s an unspeakable agony having to leave the job I love and the colleagues and friends I cherish. But for me, mission continues even after retirement.”

It has been a long a journey for Singapore-born Ng since he felt the call to pastoral ministry at the age of 18. “I began my journey [of working for] the Lord almost half a century ago on the front line of mission, and now the journey has come full circle to the heart of mission,” Ng said. “The Lord has been most magnanimous to me throughout my life. It is His amazing grace that has sustained me and my ministry through thick and thin. I have found Him to be faithful and utterly trustworthy.”

Ng looked back on his extensive experience in various capacities and fields of service in what he called “my journeys with God.” Among them, he referred to his beginnings with his wife, Ivy, as they went as a young couple to do mission work in Phnom Penh, Cambodia, in 1973, until they had to be suddenly evacuated in 1975 before the country fell to the Khmer Rouge regime. This was followed by the time they spent in “wilderness ministry” in Thailand and Malaysia. “The church put us here and there temporarily, not knowing when to send us back to Cambodia,” he shared.

The Ngs’ service continued in his native Singapore, where he served as chaplain at Youngberg Memorial Adventist Hospital and then as Youth Ministries director in the Southeast Asia Union. Years later, he became a professor at the theological seminary of the Adventist International Institute of Advanced Studies (AIIAS) in the Philippines, until he was elected to be executive secretary of the Southern Asia-Pacific Division, with headquarters located near the university in the Philippines. In 2005, he was elected to serve as an associate secretary of the General Conference, and in 2010 at the General Conference Session in Atlanta, he was voted as the executive secretary for the General Conference.

For Ng, “Mission is the marching orders of the church.” In that sense, he has emphasized time after time that the greatest challenge facing the church is changing the culture from members being spectators, where pastors do most of the work, to a culture where the priesthood of all believers is embraced and practiced. “Every member is an evangelist,” he has often stated.

Reflecting on Ng’s service to the church, Ted N. C. Wilson, president of the General Conference of the Seventh-day Adventist Church, said, “Pastor Ng has been an enormous blessing to God’s worldwide church family. His constant focus on mission and his emphasis on Christian leadership have been appreciated greatly. His congenial and positive spirit will be missed. It has been a great privilege to work with him for these past years, and we wish him and his wife, Ivy, God’s richest blessings in their continued witness for the Lord and His soon coming.”

In reviewing his decades of service, Ng showed reluctance to speak of his accomplishments — “Human accomplishments are in the dust; all glory goes to the Lord,” he said. At the same time, Ng reflected on his journey: “Whatever plans the Lord inspired me to do, I have tried to follow through to the best of my ability.” And, he added, “my service to the church is a distinct privilege and not a right. I am deeply humbled.”