​Adventist Church of the Future Rises in Virginia 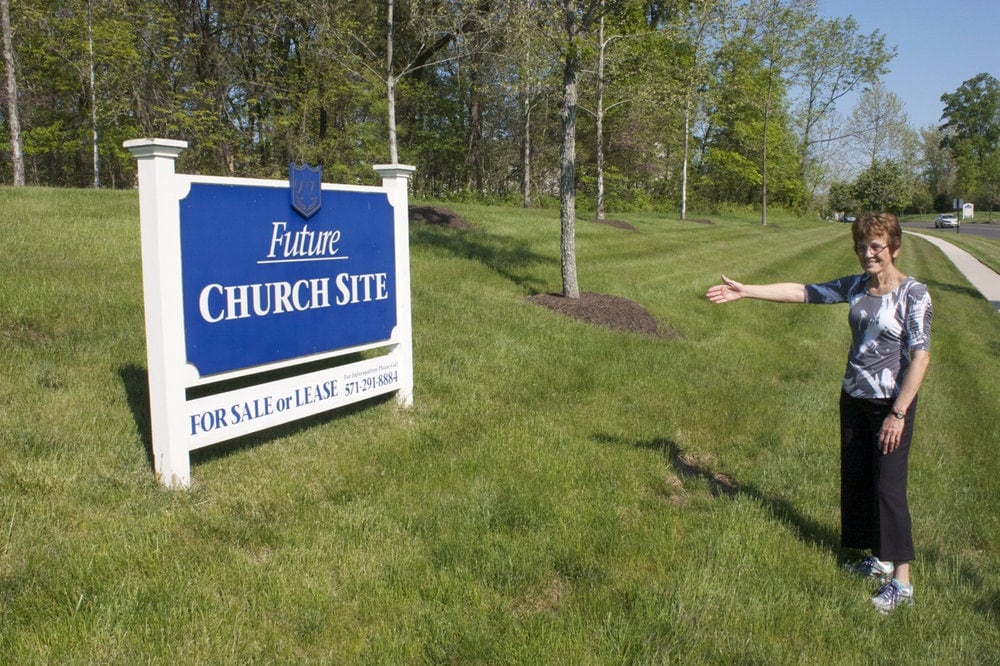 The church will be unlike any you have ever seen.

Just steps from a fashionable shopping plaza in an affluent town near Washington, D.C., the Living Hope Seventh-day Adventist Community Church is beginning to take shape under the curious eyes of neighbors in a gated community on one side and patrons of a country club with a golf course and bubbling fountains on the other.

“The nice thing is that everybody who comes into this community will see this building,” said Teenie Finley, a lifestyle coach who with her husband, evangelist Mark Finley, are the originators of the project. “A lady already came by and said, ‘What’s going up here?’ when we put up the construction sign.”

When Finley replied that the site would host a church and community center with healthy cooking classes, stress management courses, and Bible and archeology seminars, the woman exclaimed, “I want to come to these classes!”

But that’s not all that the church will offer. The community center on the first floor will also have a resource center where people can read books and watch DVDs about health, family, and the Bible. A prayer room will offer a quiet place for busy people to meditate on the things of eternity.

A planned walking club will meet on some Sundays for a vegan buffet breakfast that might include oatmeal pancakes, blueberry-flaxseed pancakes, whole-wheat banana pancakes, walnut pancakes, blackberry cobbler, French toast made with cashews instead of eggs, scrambled tofu, and fruit — enough variety, Finley said, to show that vegans are not limited by their plant-based diet. The meal will be followed by a short, Mark Finley-led devotional and an outing on the 17 miles (27 kilometers) of walking trails near the church.

“We see this as really making an impact in the community,” said Mark Finley, Teenie at his side, as he took the Adventist Review on a tour of the construction site and surrounding community in Haymarket, Virginia, this week.

The church also promises to serve as a model for Adventist churches of the future.

The Haymarket church also will function as an evangelism center, with the Finleys and the church’s pastor, Robert Banks, leading four- and eight-day intensive training sessions for Adventist leaders and lay members once a month.

Sabbath services will be held in a second-floor sanctuary with seating for 225 to 250 people.

An onsite media center will give the church the capability to broadcast, giving it an international reach.

Mark and Teenie Finley at the construction site of the Living Hope Adventist Community Church in Haymarket, Virginia.

It’s All About Community

The Adventist world church has placed an emphasis on making every Adventist church a community center over the past few years, with its leader, Ted N.C. Wilson, calling for comprehensive health ministry initiatives that meet people’s physical, spiritual, mental, and emotional needs. Some churches offer cooking classes and others have resource centers, but few have plans quite as ambitious as the Haymarket church.

“We want our pastors and lay people to see that churches have to engage in their communities,” said Mark Finley, an editor-at-large for the Adventist Review and Adventist World magazines. “The methods may be different in each community, but the principle is the same. You try to do everything you can to make an impact for Christ in that community, just as Jesus did.”

He said churches should minister to and meet communities’ needs.

“That’s what we want this church to be: a church that looks outward and not inward, a church that is focused on the community’s needs, and a church whose members are really the body of Christ, meeting needs everywhere in Jesus’ name,” he said.

Construction started a few weeks ago on the $4 million building, a dream come true for the Finleys, who have preached and led health seminars in nearly 100 countries over the past half-century. Both are now 70 and feel a responsibility to share what they had learned with the next generation of Adventists.

“I know 10 years from now I am not going to be able to jet all over the world, holding evangelistic meetings,” Mark Finley said. “So the question is: how do you pass on what you’ve learned in 48 years of evangelism? My desire is to pass onto others any skills, any gifts, any knowledge that God has given me.”

The church will function as their base. Slated to open in January 2016, the community center will be staffed by volunteers every day of the week.

“Oftentimes churches are the least economically effecient buildings in the world because they’re only open once a week,” Teenie Finley said. “Our church will be open seven days a week.”

This is not a case of “build it and they will come.” Although the Finleys keep a busy travel schedule, they also are deeply involved in the community. Mark Finley, for example, lectures on how to improve grades at a nearby community college. His last class was attended by 100 students.

“A Project of Faith”

Teenie Finley was impressed after praying to explore the idea of starting the project in Haymarket, the Finleys’ hometown in recent years. The town does not have an Adventist church, a deficiency that particularly bothered her.

One day, on her morning walk, she was surprised to see a sign on a grassy knoll reading, “Future Church Site: For Sale or Lease.” She said she felt an overwhelming need to pray, and she began to pray daily over the sign, pleading with God that this would be the site of an Adventist church.

The next day the attendee told a stunned Finley: “I went home last night, prayed about what you had told us about, and God impressed me to give you $50,000.”

Then it struck her that she wasn’t prepared to move the project forward. She had not contacted the company that owned the property or the Adventist Church’s Potomac Conference, which by policy holds title to church property.

She asked her husband whether they could open a special fund at the General Conference, the administrative body of the Adventist world church, to deposit the $50,000 and to seek God for further direction in the funding.

More donations flowed in as soon as they opened the fund. One friend decided to contribute an additional $50,000, while another gave $7,000.

The $107,000 was far from the required amount. But the Finleys took the unexpected seed money as an indication that they should move forward in faith.

Around the same time, Mark Finley and Tommie Thomas, an elder at the nearby Warrenton Adventist Church, approached the company that owned the church site and the surrounding community. To their surprise, the company offered them a better site. Teenie Finley had been praying at an undeveloped lot in a corner of the community, but the new site was located right in the heart and boasted a parking lot and other amenities.

Through a series of miracles, God provided the finances necessary to purchase the property and begin the building process, Teenie Finley said. “It’s amazing how God has just been bringing in the funds,” she said.

The money has come from donations large and small. Scores of people have sacrificially given, the FInleys said. The General Conference, the North American Division, the Columbia Union, the Potomac conference, and the Warrenton church have all participated. The Warrenton church is uniting with the new church to add further support to the project.

The last funds remain to be raised, but Mark Finley expressed confidence that God would see the project through to the end.