4,210 Baptized in a Single Sabbath in South Peru 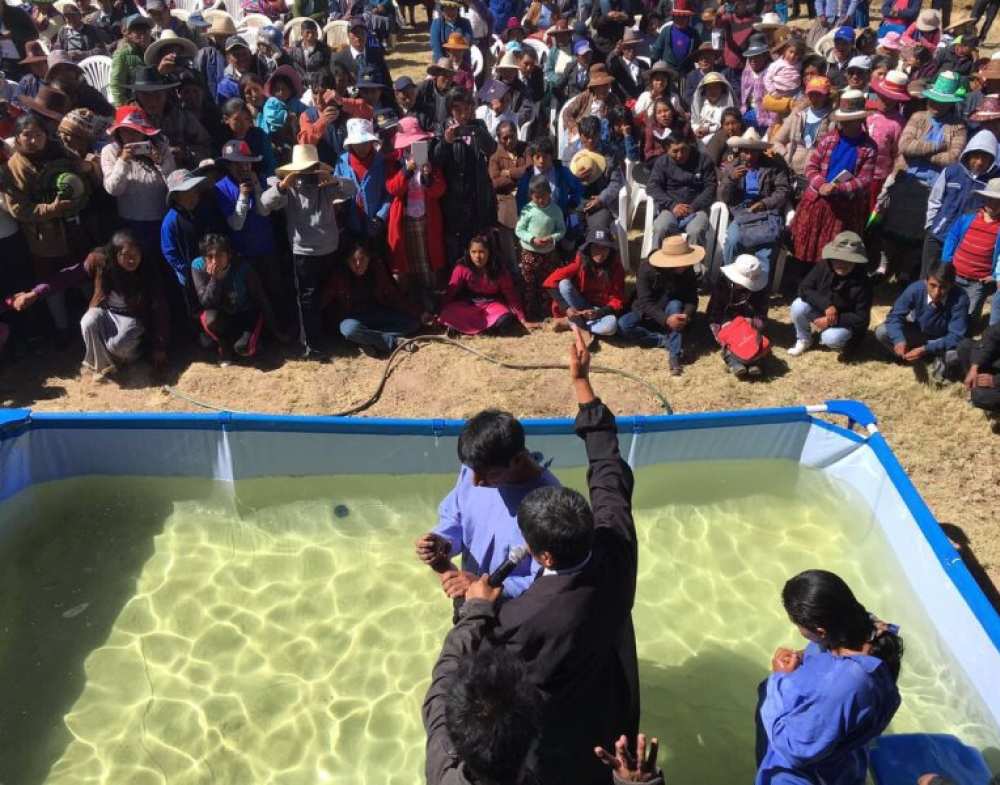 An unprecedented Seventh-day Adventist evangelistic campaign in southern Peru has culminated with the baptism of 4,210 people, local church leaders said.

The initiative, organized by the Adventist Church’s South Peru Union in harmony with the world church’s “Total Member Involvement” program, encouraged church members to give Bible studies in their communities and then to preach at 2,905 meeting sites in 20 cities from June 18 to 25.

The baptisms took place last Sabbath at the conclusion of the campaign, which was called “Mil Veces Más” (A Thousand Times More), after Deuteronomy 1:11, which says, “May the Lord God of your fathers make you a thousand times more numerous than you are, and bless you as He has promised you!” (NKJV).

Edwin Regalado, an evangelist in the South Peru Union, said church members must grab onto this biblical promise.

“We must be a part of God’s blessings a thousand times over and share them with others,” he said.

The Adventist Church has about 220,000 members worshipping in some 5,000 congregations across Peru, according to the latest figures from the Adventist world church’s Office of Archives, Statistics, and Research. Peru, a predominantly Roman Catholic country, has a population of 30 million.

The mass baptism in southern Peru follows a series of large baptisms elsewhere in the world this year. About 100,000 people were baptized after an evangelistic series at 2,227 sites across Rwanda in May. Local church leaders credited Total Member Involvement — the active participation of church members in bringing neighbors to Jesus — for the record number of baptisms.