​When the Loud Cry Sounds

Has the truth changed us? How do we know? 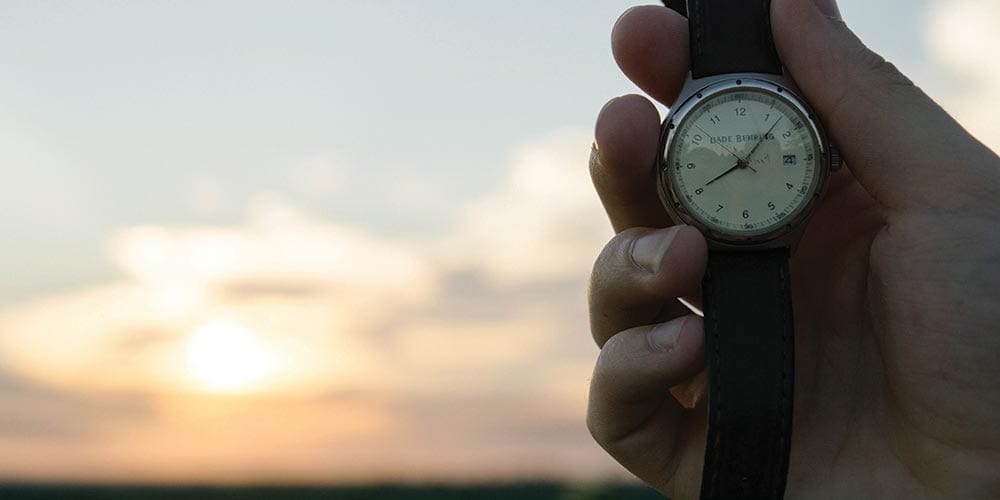 The end is near, stealing upon us stealthily, imperceptibly, like the noiseless approach of a thief in the night. May the Lord grant that we shall no longer sleep as do others, but that we shall watch and be sober. The truth is soon to triumph gloriously, and all who now choose to be laborers together with God, will triumph with it. The time is short; the night soon cometh when no man can work” (Testimonies for the Church [1909], vol. 9, p. 135).

“The time is coming when there will be as many converted in a day as there were on the day of Pentecost, after the disciples had received the Holy Spirit” (Review and Herald, June 29, 1905).

“Many have let the gospel invitation go unheeded; they have been tested and tried; but mountainous obstacles have seemed to loom up before their faces, blocking their onward march. Through faith, perseverance, and courage, many will surmount these obstructions and walk out into the glorious light. . . .

“Prophets have discerned this grand work afar off, and have caught the inspiration of the hour, and traced the wonderful description of things yet to be” (Review and Herald, July 23, 1895).

Were all who profess His name bearing fruit to His glory, how quickly the whole world would be sown with the seed of the gospel.

“When the storm of persecution really breaks upon us, the true sheep will hear the true Shepherd’s voice. . . . Many who have strayed from the fold will come back to follow the great Shepherd. . . . The love of Christ, the love of our brethren, will testify to the world that we have been with Jesus and learned of Him. Then will the message of the third angel swell to a loud cry, and the whole earth will be lightened with the glory of the Lord” (Testimonies for the Church [1900], vol. 6, p. 401).

“God will soon do great things for us, if we lie humble and believing at His feet. . . . More than one thousand will soon be converted in one day, most of whom will trace their first convictions to the reading of our publications” (Review and Herald, Nov. 10, 1885).

Reasons for the Delay

“The long night of gloom is trying, but the morning is deferred in mercy, because if the Master should come, so many would be found unready. God’s unwillingness to have His people perish has been the reason of so long delay” (Testimonies for the Church [1868], vol. 2, p. 194).

“Had the purpose of God been carried out by His people in giving to the world the message of mercy, Christ would, ere this, have come to the earth, and the saints would have received their welcome into the city of God” (Testimonies for the Church [1900], vol. 6, p. 450).

“I know that if the people of God had preserved a living connection with Him, if they had obeyed His Word, they would today be in the heavenly Canaan” (General Conference Bulletin, Mar. 30, 1903).

“The angels of God in their messages to men represent time as very short. Thus it has always been presented to me. It is true that time has continued longer than we expected in the early days of this message. Our Savior did not appear as soon as we hoped. But has the Word of the Lord failed? Never! It should be remembered that the promises and the threatenings of God are alike conditional.

“God had committed to His people a work to be accomplished on earth. The third angel’s message was to be given, the minds of believers were to be directed to the heavenly sanctuary, where Christ had entered to make atonement for His people. The Sabbath reform was to be carried forward. The breach in the law of God must be made up. The message must be proclaimed with a loud voice, that all the inhabitants of earth might receive the warning. The people of God must purify their souls through obedience to the truth, and be prepared to stand without fault before Him at His coming.

“Had Adventists, after the great disappointment in 1844, held fast their faith and followed on unitedly in the opening providence of God, receiving the message of the third angel and in the power of the Holy Spirit proclaiming it to the world, they would have seen the salvation of God, the Lord would have wrought mightily with their efforts, the work would have been completed, and Christ would have come ere this to receive His people to their reward. But in the period of doubt and uncertainty that followed the disappointment, many of the advent believers yielded their faith. . . . Thus the work was hindered, and the world was left in darkness. Had the whole Adventist body united upon the commandments of God and the faith of Jesus, how widely different would have been our history!

“It was not the will of God that the coming of Christ should be thus delayed. God did not design that His people, Israel, should wander forty years in the wilderness. He promised to lead them directly to the land of Canaan, and establish them there a holy, healthy, happy people. But those to whom it was first preached went not in ‘because of unbelief.’ Their hearts were filled with murmuring, rebellion, and hatred, and He could not fulfill His covenant with them” (manuscript 4, 1883).

“We may have to remain here in this world because of insubordination many more years, as did the children of Israel; but for Christ’s sake, His people should not add sin to sin by charging God with the consequence of their own wrong course of action” (letter 184, 1901).

“It is the privilege of every Christian, not only to look for, but to hasten the coming of our Lord Jesus Christ. Were all who profess His name bearing fruit to His glory, how quickly the whole world would be sown with the seed of the gospel. Quickly the last harvest would be ripened, and Christ would come to gather the precious grain” (Testimonies for the Church [1904], vol. 8, pp. 22, 23).

“It [the coming of the Lord] will not tarry past the time that the message is borne to all nations, tongues, and peoples. Shall we who claim to be students of prophecy forget that God’s forbearance to the wicked is a part of the vast and merciful plan by which He is seeking to compass the salvation of souls?” (Review and Herald, June 18, 1901).

This material is excerpted from the book Evangelism (Washington, D.C.: Review and Herald Pub. Assn., 1946),pages 692-697. Seventh-day Adventists believe that Ellen G. White (1827-1915) exercised the biblical gift of prophecy during more than 70 years of public ministry.