Whether it’s time, talent, or treasure, we all have something to offer. 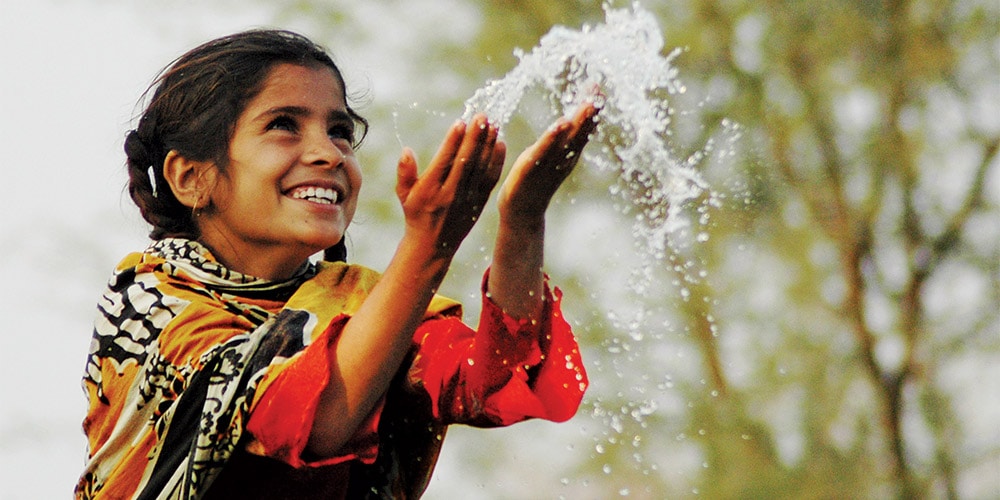 Lee and Sarah White* are small business owners in a bustling Southern community. Upon first venturing into the intimidating world of enterprise, their frequent prayers were for enough business to support their family.

A year into their young business, a second venture of faith occurred when they hired their first employee, a young man named Chris, freshly dismissed from a factory job that conflicted with his Sabbathkeeping. His impending marriage may have been a factor in taking him on; they trusted God to bless their decision.

They were encouraged as business began to trickle in. The two men worked long hours in response to requests submitted from their community, as well as locations in other states. Several years later the small business had gained a reputation for honesty and an excellent work ethic. The growing demand for services grew exponentially.

While considering future expansion, Lee White explored options for purchasing real estate to accommodate an office for his growing business. Stumbling upon just the right place in a prime location, he set aside time to pray about the decision. When he stepped forward with savings in hand, he discovered that the property he wanted had suddenly been placed under contract. This development led Lee to understand that his heavenly Father had something else in mind.

Meanwhile, as Lee and Sarah watched their only employee, a young married man, a fellow Seventh-day Adventist, they felt a peculiar conviction surface above the demands of their daily lives. With God’s blessing, their business had blossomed, and their hearts were stirred to think of those with limited access to precious Adventist truths often taken for granted.

With this in mind, Lee reached out to his employee with an offer. Chris had never considered that a break in his future could lead him to faraway places. He contentedly lived each day, never dreaming that God might have something altogether different in mind. His wife, Abby, on the other hand, felt called as a child. As school, work, and married life filled her life, she intermittently wondered if her once-experienced yearning was only a child’s fanciful dream.

A dusty peddler, bent under the load of his burden, stared at the missionaries. “Are you here to help us?”

Something prompted Abby to launch foreign mission work into an evening conversation with Chris one weekend in August. Her husband’s response was one of practicality: “We have responsibilities and bills to pay,” he reminded her, reiterating the unlikelihood, if not the impossibility, of even receiving an opportunity for foreign mission labor. “However,” he said, “if God opens a door and directs us, then yes, I would go.”

During the next week Lee and Sarah White felt a growing conviction. One week after Chris said yes to God, Lee sent a message to a stunned employee. “Chris,” it began, “would you and Abby consider taking up mission work if someone paid your bills in your absence?”

“Various issues keep me from being able to go myself,” his employer explained, “But you are young and well, and my wife and I would like to see if we could make it possible for you to go in our place.”

The months that followed marked a journey of faith. Both families knew that God had called them, even though they could not tell where the path might lead. Doors opened and closed remarkably, and four months later Chris and Abby embarked on a journey into the heart of Africa.

They were led to Congo’s jungles. Traveling by land cruiser over unmarked roads; on motorcycle in dusty, crowded towns; and dugout canoe to locations better reached by water, they knew moments of weariness and renewal as they sought to bring hope to the people they met. They pressed on and prayed through sickness and marveled at miracles along the way.

They gazed into shallow, mucky pools where women retrieved drinking water; noted the mismatched clothes of laborers who earned no more than $2 a day; and locked eyes with children who wouldn’t live to see their sixth birthday because they drank dirty water, could not obtain proper nutrition, and had no medicine so their little bodies could fight malaria.

As the young couple beheld the woes of a world so distant from their own, they knew they could experience life to the fullest only as they gave fully of themselves.

A dusty peddler, bent under the load of his burden, abruptly stopped to stare at the missionaries. “Are you here to help us?”

“Yes,” they responded. They dreamed of seeing wells drilled in every village, and greater health and longevity for people because of them. They wanted to see thousands of dollars’ worth of Bibles distributed in a week, making it possible for everyone either to read or to hear the Word.

Because a small business owner was blessed by God and prompted to give, an open door was set before a young couple. Relationships were created with people whom the business owners had never met, precious souls who never knew the taste of fresh water or held a Bible in their hands, much less read it for themselves.

“When Jesus comes, I don’t want Him to find me sitting over a pile of money waiting to buy myself a bigger house,” Lee White explains simply. For him, providing the means to send a willing couple to Africa for three months was no sacrifice; instead it was an honor to have a part in reaching people for the kingdom.

One can imagine, in the brightness of the courts above, one believer approaching another with a heartfelt grip. “Thank you for esteeming the riches of the gospel over paper mansions and plastic toys of the world. What you gave became the means that heaven used to reach me.”

How much good could be done if, blessed with means, we gave; if, blessed with the opportunity, we went; and if, blessed with concern, we acted? Jesus asked, “When the Son of Man comes, will he find faith on the earth?” (Luke 18:8). When the Lord comes in brilliant glory, will He find us sitting on our possessions, or sharing with others the priceless gift of salvation?

* Not their real names.

Abigail Duman lives in Alabama and works as a certified medical assistant.