It’s a ministry as well as a business. 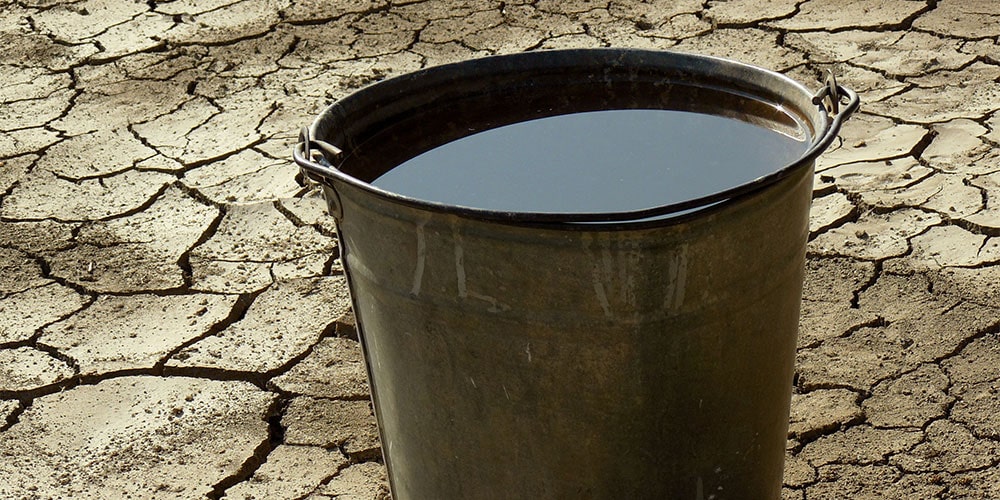 As president of Heritage Health Food (HHF)—established in 2009 and headquartered in Collegedale, Tennessee—and owner of the newly acquired health-food companies Worthington Foods and Cedar Lake Foods, Don Otis is passionate about producing healthful vegan and vegetarian meat products for consumers. More than just a business, however, Otis sees HHF as a mission arm of the Adventist Church.

“We have a heart for mission,” Otis says. “We want to work hand in hand with the members and church leaders not only to help provide good, healthful food, but also to be a partner in the global mission of the church and help to financially support that mission.”

These are not just words for Otis. He began backing them up with his pocketbook in 2014 when he set up Heritage Wells, a nonprofit supporting ministry that contributes a percentage of HHF proceeds to the digging of freshwater wells by Frontline Builders,1 organized under the umbrella of Outpost Centers International,2 in remote regions of Africa. Frontline Builders, an ASI ministry, is the brainchild of Kim Busl and his family, who led in the development of the organization in 2000. Kim’s son Jabel is the current president.

“When I learned what the Busl family was doing in Africa and that Kim’s son Jared was actually hand-digging wells for communities where the women would have to walk two or three days to get water, sometimes not even fresh water, it struck me that this was exactly what I’d been looking for: a project where 100 percent of what is donated would go directly to mission and need,” Otis says. “Jared is out in the remotest parts of Africa. He knows where the real needs are.”

Bringing in large well-drilling equipment to such remote regions apparently is too expensive and often impractical.

HHF now has a Heritage Wells logo printed on their packaging, indicating that a percentage of the proceeds provides support for the digging of freshwater wells.

“We have tied this to our sales growth, and as we grow as a company we’re hoping to help pay for as many wells a year as they can dig,” Otis says.

One well was recently dug on the campus of Kingsway Preparatory School (KPS) in Londiani, Kenya.3 A local lay ministry couple, Daniel Bett and his wife, Sabina, started the school in 2008 because of their desire to provide Christian education for children in the community. Beginning with only a few children, KPS now has 224 students in preschool through grade 8. But it was in need of a well.

“The pupils are no longer going to the river where they used to source water about two kilometers [1.24 miles] away,” Daniel Bett says. “We now have water that is safe and clean for the [students and staff] to use. And the community surrounding the school is [also] coming for fresh water.”

After viewing video footage of the school and the new well taken by Christopher Beason, president of the Southern Union Conference chapter of ASI and president of Network 7 Media Center,4 Otis was emotionally moved.

“Christopher sent back not only great video footage and photos but also greetings from some of the people who actually were receiving the benefits of the well,” Otis says. “To know that what was once just an idea is now reality, and to see the joy and happiness that people were experiencing from having access to fresh water—something that we totally take for granted here in the U.S.—was truly thrilling.”

Heritage Health Food vice president for marketing, Jon Fish, points out the connection between the ministry of their health food company and the providing of fresh water to those in need.

“A huge amount of water is needed to supply livestock being raised for meat production, so eating a vegetarian or vegan diet saves water,” Fish explains. “We’re helping to preserve water through encouraging people not to eat meat. We’re also helping to provide water to those in areas of the world that are most ravished by drought and don’t have fresh water.”

Fish has worked in the advertising industry since 1995 and with HHF since its inception seven years ago. He says it’s Otis’s passion for mission and providing healthful foods that has motivated Otis through 22 years of serving as manager of retail and food service at Adventist Book Centers in Pennsylvania, Nevada, Utah, and Massachusetts, and then as director of the Natural and Specialty Frozen Food Division of the Kellogg Company, based in Battle Creek, Michigan. He notes that it has always been Otis’s goal to find the healthier pathway rather than being primarily concerned with the financial philosophy. His focus has been on producing meatless foods that are all natural, contain no artificial flavors and other ingredients, and are non-GMO (have no genetically modified organisms), he says.

“Don decided to take an early retirement and invest his retirement money into creating Heritage Health Food,” Fish notes. “He could have ridden off into the sunset and enjoyed his golden years, but instead he felt an urgent sense of mission to really go strong into the health message. So he partnered with like-minded individuals and just started to try to make headway with developing vegetarian meat products that had been lost in the market or discontinued.”

The path to success hasn’t been easy, Jon says, but adds that “it’s been neat to see God’s hand guiding us all the way through.”

The company’s biggest hurdle has been the acquisition of Worthington Foods—previously owned by Kellogg—and Adventist-owned Cedar Lake Foods. The final paperwork for Worthington was signed in May 2016, and the closing for Cedar Lake took place on June 16.

“I used to run the Worthington Food business for Kellogg. During the time I was there I could see they were downsizing that product line,” Otis says. “There was a lot of disappointment within the Adventist community because Worthington has always been a strong part of their everyday lives. So after I left I eventually made an offer and was successful in closing that. I then engaged in a conversation with Cedar Lake Foods, since the owners were reaching a point in their career when they were interested in exiting. So we’re bringing together all the brands—Worthington, Heritage, Cedar Lake, and Kim’s Simple Meals [an organic, vegan product line developed by Otis’s wife, Kim], which will be manufactured and distributed from the Cedar Lake facility,” located on the campus of Great Lakes Adventist Academy (GLAA) in Cedar Lake, Michigan.

Because of the close proximity to the school, Otis sees another opportunity to help support church mission by providing student work opportunities for GLAA students. Although still in the discussion stage, both Otis and school administrators are excited about the potential for an additional work program.

“We are overjoyed with the possibilities that will be afforded to our students, to help them reduce their tuition by giving them meaningful work opportunities,” GLAA principal Delwin Garcia told Adventist Review. “The students will be able to contribute to their Seventh-day Adventist education and ultimately invest in their futures through this unique partnership with Heritage. We feel very blessed to have them right here on our campus.”

The production of healthful vegan and vegetarian meat substitutes also ties in well with another GLAA campus industry, Good News Farm—a veganic (organic plus uses no animal products as fertilizers) farm operated by the Michigan Conference office. Good News Farm provides work for as many as 20 to 25 students.

“God gave the health message as part of the doctrinal messages to the church in those early years, but I think that we in North America have separated out the health message part as a business and hindered it from becoming what I believe it was originally intended to be—a mission arm of the church,” Otis says.

“I called my company Heritage because I believe very strongly in the legacy that was given to us early on, and I hope to rebuild that. It’s what I feel called to do.”