The Heart of Adventist Theology

Nothing to fear for the future. 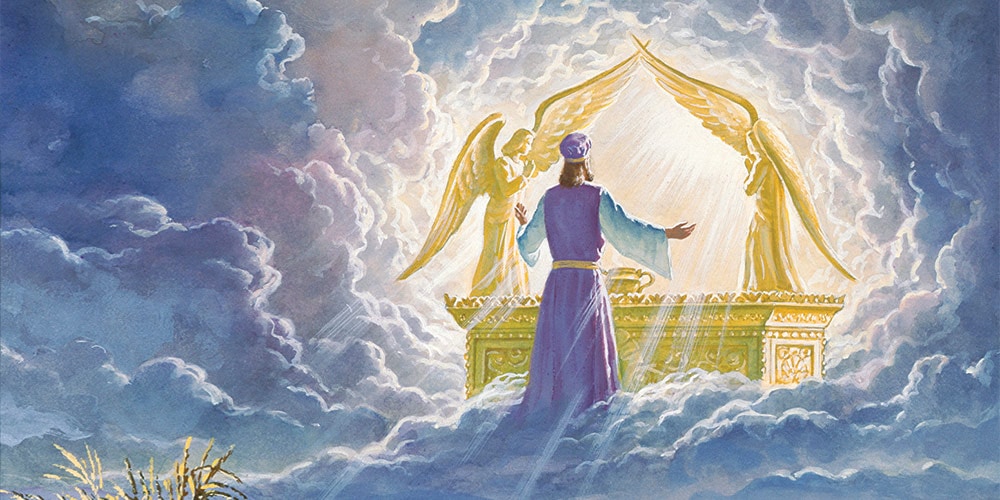 It was October 22, 1844, and thousands of Millerites were searching the skies for the sign of Jesus’ coming. William Miller had taught from his key text, “unto two thousand and three hundred days; then shall the sanctuary be cleansed” (Dan. 8:14; KJV), that the sanctuary was the earth, which would be cleansed by fire at Jesus’ second coming.

Cast Down but Not Destroyed

All through that unforgettable day believers waited for the cleansing fire, but to their great disappointment, they never saw its flame: Jesus did not return. “What happened?” they wondered. In the confusing aftermath, some of the heartbroken saints knew they should not doubt the soundness of their historical calculations. So they determined to find biblical answers for what really happened on October 22, 1844. This group of Bible-believing truth seekers would eventually develop into the Seventh-day Adventist Church in the 1860s.

Their investigation began the day after the disappointment. Hiram Edson, a Methodist farmer from Port Gibson, New York, “wept, and wept, till the day dawn” because Jesus did not come. On this morning after the disappointment, he and several friends spent a season of prayer in his barn and found courage to venture out to share their hope with others.

According to his own handwritten account, as he and a fellow Millerite were passing through a large field, it occurred to him with great clarity that on the day before, October 22, instead of coming to cleanse the earth, Jesus, our high priest, for the first time entered into the Second Apartment of the heavenly sanctuary. He thus began a work there that needed to be completed before He would come back to the earth. This new insight became a topic of vigorous discussion between Edson and his fellow believers, F. B. Hahn, a medical doctor, and O.R.L. Crosier, a preacher and editor.

Over the next year these three collaborated in a detailed study of the Bible on the subject of the sanctuary, focusing on such books as Hebrews, Leviticus, Daniel, and Revelation. By early 1846 their position had matured and provided answers to what happened on October 22, 1844, and the sanctuary that needed cleansing. On February 7, 1846, Enoch Jacobs published their findings in the Day-Star Extra with the title “The Law of Moses.”1

This article was a significant milestone in early Seventh-day Adventist history. The combined study of Edson, Crosier, and Hahn set forth fundamental principles of what would eventually become a major pillar in Seventh-day Adventist theology. At the heart of their conclusions was the reality of the heavenly sanctuary and its cleansing by blood rather than the earth’s cleansing by fire, as William Miller taught. Furthermore, just as earthly priests had a two-phase ministry in the earthly sanctuary, so Christ has a two-phase ministry in the heavenly sanctuary. The first phase began in the holy place at His ascension, while the second began October 22, 1844, when He moved from the first apartment of the heavenly sanctuary to the Second. The first phase of Christ’s ministry focused on forgiveness, whereas the second involved the blotting out of sins and the cleansing of the sanctuary.

The doctrine of the heavenly sanctuary, including its pre-Advent investigative judgment, has been, and will continue to be, the heart of Adventist theology.”

Christ would not return until He completed His work in the Second Apartment of the sanctuary. Henceforward, the focus was on Christ’s high-priestly ministry in the heavens.

From 1848 to 1850 groups of Sabbatarian Adventists met together in what they later called Sabbath Conferences, in which they established the pillars of their faith, wonderfully integrated together through the doctrine of Christ in the heavenly sanctuary. By the late 1840s they were in agreement on the nature of the sanctuary, and further clarified the meaning of “cleansing the sanctuary” through the following decades. During this time Elon Everts first proposed the idea of an “investigative judgment” on the righteous dead. “I solemnly believe,” he wrote in the Review and Herald, January 1, 1857, “that the judgment has been going on in the Heavenly Sanctuary since 1844, and that upon the righteous dead . . . judgment has been passing.”2

Within a month James White used the same term. Both the wicked and the righteous, he wrote, “will be judged before they are raised from the dead. The investigative judgment of the house, or church, of God will take place before the first resurrection; so will the judgment of the wicked take place during the 1,000 years of Revelation 20, and they will be raised at the close of that period.” He further explained that in the great day of atonement taking place since 1844, “the sins of all who shall have part in the first resurrection will be blotted out.” This time of blotting out sins is not the “time when they are forgiven.” Rather, “we must look to the great day of atonement as the time when Jesus offers His blood for the blotting out of sins. It is at the time of the cleansing of the Sanctuary.”3

This cleansing of heaven’s sanctuary involved cleansing the record of sin, according to pioneer educator Goodloe Harper Bell in 1878.4 Thus, by the later 1800s there was basic agreement on several fundamental points: the judgment began on October 22, 1844, and therefore occurs before the second coming of Christ. It is investigative in nature; it includes the righteous; it involves cleansing the records of sin; and Christ is at the center of it. Adventists would expand and develop these concepts in the next century and beyond.

Ellen White had at least 11 visions on the subject of the sanctuary between the years 1844 and 1851, visions that functioned mostly as confirmation rather than initiation. The appeal in doctrinal study on the sanctuary was always to the Bible. Ellen White’s visions served mainly to confirm the importance of the subject they were studying.

Some years ago Paul Gordon, former director of the Ellen G. White Estate, collected in a volume all the sanctuary-related articles in Adventist publications  between the years 1846 to 1905 (more than 400). A careful reading of this 1,007-page document reveals how anchoring, developing, and clarifying the sanctuary doctrine was consistently an exploration and explication of Bible truth.5

Nonetheless, from the beginning there have been detractors of the sanctuary doctrine, such as D. M. Canright, Albion Fox Ballenger, Louis Richard Conradi, and more recently Desmond Ford and Dale Ratzlaff.

The most scholarly and influential of these was Ford, whose concerns mirrored similar issues of earlier detractors. In August 1980 he presented his conclusions at a special gathering of church administrators and scholars at Glacier View, Colorado. The October 1980 issue of Ministry magazine, a special double issue, provides a thorough summary of this event, including context, procedure, arguments and counterarguments, and even relevant correspondence between parties involved. Though his major positions were found unpersuasive, and he lost his ministerial credentials, the benefit of Ford’s challenge is that it provoked Adventist scholars to deeper Scripture study, with the resultant enhancement of critical understandings on the subject of the sanctuary and judgment.

Since the early 1980s the 1844 judgment has received significant published attention from Seventh-day Adventist scholars.6 Building on the careful foundation laid by the pioneers, these scholars have opened new vistas and depths from the biblical data on Christ’s ministry in heaven. These include the thrilling and reassuring recognition that the verdict of the pre-Advent judgment favors the righteous (Dan. 7:22).7 Today’s scholars continue to serve up these new insights from their careful study. Their findings serve to validate the fundamental conclusions of those who first plowed through the Scriptures in ways that strengthen faith in God’s inspired Word and deepen our love for Christ, the focus of the doctrine, the center of our assurance, and the climax of our hope.8 The doctrine of the heavenly sanctuary, including its pre-Advent investigative judgment has been, and will continue to be, the heart of Adventist theology.9