Looking back is often a great way to see the Lord’s leading. 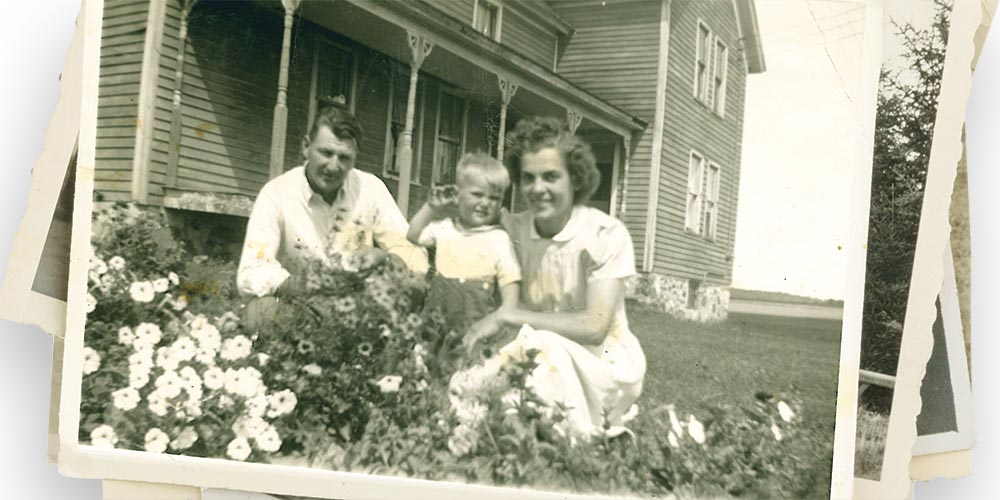 “It doesn’t make any sense to me, either,” complained my father to his workers in the basement of a church in Merrill where they were installing a new furnace. “I told the church leader that while we wouldn’t be donewith the job by morning, we could work straight through the night and have the furnace producing some heat for them before their services, which are scheduled for Saturday morning.

“But the elder rejected the offer. ‘No,’ he said. ‘It is unacceptable for you to be working here during the night,’ which he referred to as the Sabbath. So we’ll have to come back on Monday to finish the job. I told him we even brought food with us to last until it was time for their services to begin; but he would not give an inch. He said it would be the Sabbath, and we would not be allowed to work here on the Sabbath. We will need to be out of here in a couple hours.”

My father and the men soon packed up their tools and left. The following morning church members came to worship in an icy, cold church.

When my father and mother arrived, the elder’s daughter was packing to go back to Wisconsin Academy. Refreshments were set out. When her boyfriend came,they started passing around the cookies and drink; but we were confused. At our house, drinks were black coffee, beer, and other alcoholic beverages. But the elder served water and orange juice. “Is your daughter sick?” my father asked. For us, orange juice was used when one was unwell.

“No, she isn’t sick,” the elder said, “but we don’t have time now to explain. I’ll be glad, though, to come to your house to explain.” We agreed on a time. We didn’t know it then, but we had just agreed to take Bible studies.

As we drove away, my mother said with some insight, “Dad, I’m afraid that you have gone and done it this time. I’m afraid our life will never be the same again.”

The elder came to our house every week to study with us. At the end of the lesson series, the elder brought the pastor, who invited us to be baptized. My father declined, but said that he would like to study the materials again if the elder would leave them with us.

The elder explained, “We don’t do it like that, but I’ll come back next week.” He did. And by the time he had completed the lessons with us the second time, we had started attending church. Soon we were baptized. In one day my dad stopped smoking and drinking, and we became vegetarians.

What a difference Jesus made when He entered our life and our home!

Even though I was only in second grade, I decided not to taste alcohol anymore. In fact, with sorrow I quit playing with my special Roy Rogers toy guns that had been given to me by my favorite uncle. I just couldn’t imagine Jesus going around shooting people with a pistol. What a difference Jesus made, not only in our family but specifically to this 7-year-old boy!

A few years later I was a student at Wisconsin Academy. But my experience with Jesus was not as strong as it had been when I first met Him. I didn’t give up on Him completely, but I certainly didn’t have that earlier excitement about Him. I actually thought I could be more popular on campus without Jesus.

But Jesus didn’t give up on me. He sent one of my friends to preach a very powerful sermon to me. I was getting my hair cut by one of the students when he said, “How long are you going to fool around like this? If you want to be a Christian, then be one. If not, then just forget it; but don’t be a hypocrite.” For months his direct speech really bothered me.

One Friday night when the academy vesper service was over, I left alone. At the boys dorm, I walked past the first entrance to the main door, up the few steps, and turned left. I went to the second room on the left, Room 139—my room. My roommate was gone. I sat for a moment on the bed, then went over to the door and locked it. Turning again to the bed, I knelt and gave my life to Jesus once again. Knowing that He forgave me, I asked Him to take charge of my life.

The very next morning I was up and ready for breakfast. As Iwalked across campus to the cafeteria, I was not the same person who had entered the dorm the night before. I was singing “I’ve wandered far away from God, now I’m coming home. The paths of sin too long I’ve trod; Lord, I’m coming home.”

My friend Jim Clizbe walked with me. He laughed, “You have changed keys three times already.”

But that did not matter to me. I was back with Jesus. I kept on singing, and I’m still singing. I notice that whenever I am the closest to Jesus, I am the most eager to witness about Him—my feelings about Him just seem to spill out.

My wife, Marti, and I had agreed to conduct a series of meetings in Nigeria. We didn’t know what to expect. Our meetings at the soccer stadium in Aba would be sent by satellite to many locations all over Africa: an hour of music by local choirs; a short break; an item by the series choir, followed by the Heralds Quartet. Then Marti’s short talk describing people she had met while she had been exploring that day. Standing at the edge of the platform, I heard the union ministerial director introduce me: “The next voice you hear will be man of God Don Schneider.”

The weather was so hot that my suit was soaking wet by the time I concluded my sermons each night. After the workers in the meetings were served a light supper, we would head back to the hotel. One evening while listening to the choirs, I began to feel sick—not just a little sick, but really sick. It was only minutes until I was to begin, but I saw no way for me to preach. I found Marti, and told her about my condition, instructing her to tell no one. I told her that she should watch me, and that if I began to hang on to the pulpit, she should get the quartet and have them sing until I could recover.

But Marti had her own plan. She spoke to our leader, Bob Folkenberg, who spoke with the local conference president, who found a local doctor, who gave her a handful of pills for me to take. In addition, she also enlisted the quartet to stand by and be ready if they were needed.

It is so moving to know Jesus is with you at a time like this. He was with me as I was introduced, and as I began to preach.But as I neared the end of the sermon, I realized that Jesus was working a miracle. I continued to preach, all the while praying that Jesus would help me finish. Then I prayed that He would help me make the appeal. Soon I realized that Jesus
had indeed worked the miracle. The sermon was done, and I was walking off the platform.

But the miracles didn’t stop there! Yes, Jesus allowed me to be part of a miracle so that many thousands of people all over Africa might hear God’s message. But there were more to come that same evening.

As I stepped down from the stage the pain returned with a vengeance. Marti met me, showing me the several pills that the local doctor had provided. In another few minutes we were taken to the hotel a mile away.

I was in terrible pain and knew that I would need some special help if I was going to be able to preach the following night. “Let’s try to call our son, young Don,” I urged. (He is a physician in Juneau, Alaska.) It would take a
string of miracles to get that done.

Marti picked up the hotel phone, and for the first time, she got through to the front desk. A miracle! She explained that we needed to reach my office in the General Conference building in Washington, D.C. The call went through! Another miracle! Marti actually reached Janet Aldea, my secretary, several time zones and half a world away. Miracle upon miracle! Marti explained to Janet that we needed to talk to our son in Juneau. Janet reached the clinic where young Don is one of the partners; but the receptionist kindly explained that it was Don’s day off, that he was probably on the mountain skiing and wouldn’t be able to be reached until the next day.

Suddenly the woman interrupted herself: “Oh, he just walked past the back door. Hold on, I’ll run and get him.” Janet told Don that we needed to talk to him, and he immediately began trying to call us at our hotel. Another miracle . . . the call got through to the hotel, then to us.

Marti gave Don a quick explanation and described each of the pills—eight pills, two of each kind. About some Don said, “It’s OK to take those.” But about others he said, “Those are so powerful that if you take those there will be no way you’ll be able to preach tomorrow.” Actually I did
not take any of them. However, Marti and I prayed together. In minutes the miracle happened. I drank water and went to sleep. Jesus was there with us in our hotel room. He healed me!

As we rode to the meeting the next evening, I began talking with our driver. “Isaac, last Sabbath was a wonderful day.” He asked why. I told him that it was because my doctor had been baptized. Then I said, “This Sabbath is going to be really wonderful too. You know why? Because this Sabbath
our driver will be baptized! We can’t talk more now, but please talk to your wife this evening, and we will visit tomorrow.”

The next Sabbath, both Isaac and his wife were baptized. That too was a miracle. It is so exciting when Jesus is with us.

Just a few Sabbaths ago while I was writing this, our pastor needed to be gone. He asked me to preach for him. I agreed, but I told Jesus, “I’ll do it, and I will give an appeal for someone to make a commitment to be baptized. Lord, would You give us an answer to the appeal?”

Marti and I prayed a lot, and on Sabbath there was another miracle: a man sent me a note after the sermon that he wanted to be baptized.

What difference does Jesus make? My own story tells us that Jesus changes our interests, our desires, our cravings; and He lives in our lives every day “to will and to do for His good pleasure” (Phil. 2:13, NKJV).* What a miracle that is!

What a difference Jesus makes!

Don Schneider was president of the North American Division of Seventh-day Adventists from 2000 to 2010. He and Marti live—and still serve—in retirement in Denver, Colorado, United States.