Outside the system? Maybe. But building for God. 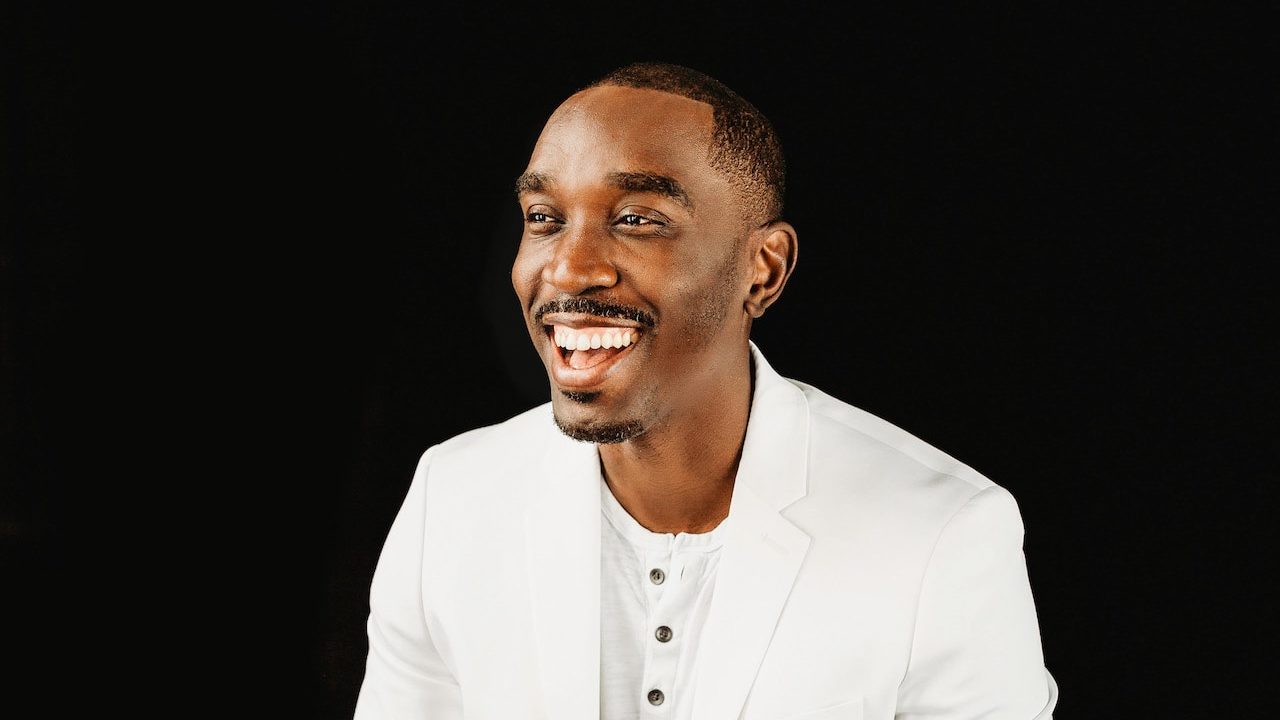 Ty-Ron Douglas is the University of California, Berkeley’s inaugural associate athletic director for diversity, equity, inclusion, belonging, and justice (DEIBJ). The development of such roles at NCAA Division 1 campuses across the United States has grown as much of the country has become convinced of the need for these programs on college campuses. So how did Douglas find himself spearheading this new initiative at one of the top public universities in America and the world?

“I was born and raised in Bermuda,” Douglas says. “I think about my story, and when I think about my life, I think about DEIBJ. I think it’s important to ground it there because I believe how we begin matters. I just know that God has always had His hand on me, and as I lean into that reality of how I began, I think it’s etched deep within my soul— this knowledge that my life has a purpose, and I’m here by design to influence other lives.”

Douglas was born on a Sabbath to a mother determined to bring her baby into a world where she would love and raise him to be something wonderful. “So when my mom had me on that Sabbath morning, she lifted me to God and said, ‘Lord, I need You to give me wisdom. I need You to give me a village to raise my son.’ And that’s been my experience. When I think about DEIBJ, when I think about my journey, my educational journey, and the experiences I’ve had in my community, God gave her that.”

The circumstances surrounding his birth to a young single mother led to her being estranged from her local Adventist church. Ty-Ron’s baby dedication did not occur during the divine worship service. Church leaders chose to do that after the service so members of the congregation could choose to leave. Douglas’s mother couldn’t continue her education at Oakwood.* Naturally, she soon withdrew from that Adventist community and initially chose to raise her son away from it.

Yet during Douglas’s adolescent years, even as Adventism wasn’t pressed upon him, he chose to attend church with extended family. In school Douglas showed great talent not only in academics but athletics. Cricket—a game regarded with great passion among Bermudans—was one in which he excelled. “At that age I was one of the best, if not the best, cricketer in my age group. I remember thinking at a young age—even though Adventism wasn’t forced on me and I attended church by choice—that I wanted to be so good in cricket that I would be chosen to play Cup Match in Bermuda and not have to compromise the Sabbath.” That match—a national event—extended over a two-day period, which included tryout matches on Sabbath.

An injury negatively impacted the trajectory of his progress in cricket, which led to frustration. Douglas played soccer as well, but it wasn’t what he wanted it to be. “I played a high level of soccer in Bermuda, but even in that space I never really thrived. I played for the top team on the island. We won a championship, but my playing time wasn’t the best. I never scored a goal in a game for that team. I scored for some other teams, but I never scored for the top team, and I prayed for a goal! Who does that? I was annoyed at God.” Douglas’s love of sport began to wane.

After a stint at community college, Douglas transitioned to Oakwood University and enjoyed campus life and involvement, singing in the choir and the acclaimed group Dynamic Praise, and getting back into team sports. He even coached the women’s soccer team and was instrumental in creating a tournament league. “I had this passion for sport as a young person, so I just did what I could in college to use whatever gifts I had and connect people.”

Following Oakwood, Douglas earned a master’s degree and returned to Bermuda to teach. “After five years I wanted to try to address some of the issues I was seeing in our community. At the time there was a proliferation of gang violence and shootings of Black men, and I just felt as though I wanted to find solutions to problems beyond my classroom and address them,” Douglas says.

Douglas soon applied to doctoral programs, in particular to two in North Carolina, one at UNC Greensboro (UNCG) and the other at UNC at Chapel Hill—the latter being the more acclaimed institution. Naturally, Chapel Hill was quite a draw for Douglas. But plans were ordered in ways he couldn’t see. “It was some God stuff. I had full-ride scholarships from Bermudan entities, so I could have gone anywhere I wanted based on money, resources, and scholarships I had access to. But my acceptance letter from UNC at Chapel Hill got sent to Malaysia, and in the interim I accepted UNCG’s offer. I’m a loyal guy, even when Chapel Hill reached out, asking, ‘Hey, what are you going to do?’ Because they’re thinking like, yeah, you got into Chapel Hill. Surely you’re coming here.”

But that’s not how it went. “I went to UNCG, and I had an amazing experience. I earned dissertation awards. I had many publications, etc. And from UNCG I got a job as a tenure track faculty member at the University of Missouri,” he adds. While at Missouri, Douglas wasn’t only busy with teaching, writing (Border Crossing Brothas and Campus Uprising), and speaking; he also managed to plant a church—Salt City church in Columbia—and earn a second master’s degree in pastoral ministry from Andrews University.

The murder of George Floyd in 2020 served as the impetus for academic institutions nationwide to make serious changes in their approach to caring for their students of color. UC Berkeley’s creation of a new role for DEIBJ in athletics was one such major change on campus. How did Douglas find his way to California’s Bay Area in the middle of all he was accomplishing at the University of Missouri?

“Most people are either academics or practitioners. I’m a border crosser; so, I’m an academic, I’m a scholar, I’m an author, but I’m also a practitioner, and Berkeley is the space for all that,” says Douglas.

The interview process was wrought with unforeseen issues. A miscommunication led to Douglas missing the first interview altogether. When Berkeley came back to him for a new interview, the audio would not work during the Zoom appointment. But through all that, Douglas felt the hand of God leading him, and when the position was offered, he knew it was the right move. “I got the job in part because I believe preparation met opportunity. I’ve had some pretty blessed moments when God has allowed me to go where people get a glimpse of what I believe God has called me to do.”

Adventism and competitive athletics have always had a contentious relationship. Douglas asserts there is a place for the athletic talent that exists within this faith movement, and that the presence of believers in these spaces can lead to positive change. “Some people wonder: ‘How do you do that as a Christian?’ And I ask them, ‘How do you not do that as a Christian?’ It’s so easy for me because I see the intersections. It’s amazing to be able to live authentically and to love all people. That’s where I’m at in my journey; so when you ask what it is I do, I respond, ‘I love people. I build systems of healing. I help to influence policy, procedures, sensitivities, and understanding. I get to teach and pursue justice. And I get to do all that as a denominationally-endorsed chaplain and scholar administrator serving in Division 1 and professional athletic spaces that have been historically underserved missionally by the Adventist community.’ ”

To learn more about Ty-Ron Douglas and his passion for people, love for Christ, and commitment to the athletic talents of all God’s children, visit his website at https://drtydouglas.com, or find him on social media @DrTyDouglas.

* Oakwood, then Oakwood College, is now Oakwood University. Notably, Douglas’s mother is now a licensed counselor and doctoral candidate at the University of Missouri.