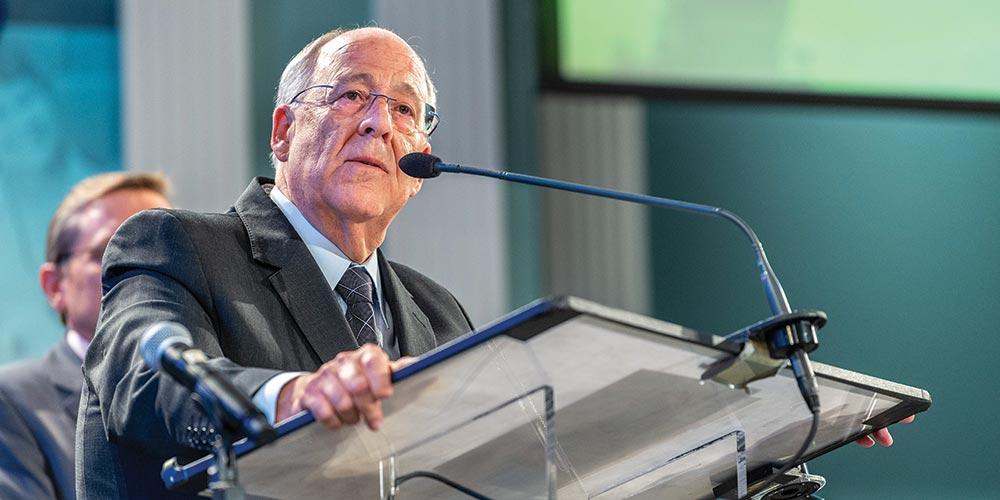 Bill Knott: The recent Statement voted by the Executive Committee emerged from a specific history. Any time the world Church decides to change or amend one of its published statements, we assume it does so for reasons it believes are compelling. What were the reasons that motivated church leadership to want a new Statement about unborn life and abortion beyond the Guidelines the Church voted in 1992?

Landless: The 1992 Guidelines actually served the church well, though we recognize there are some who don’t accept that. When we look at the data since 1992, the number of terminations of pregnancy overall decreased significantly. Some Adventist hospitals had a checkered history with abortion (practicing elective abortion), particularly in the ‘70s and ‘80s. There were issues, there were problems, with the numbers of abortions being performed at certain locations. Accountability in some entities was lacking. This is unacceptable.

Voting this Statement is an historic moment and one that we should welcome. Abortion is a sensitive and delicate topic that must be discussed—and is being discussed. The regrettable practices of the last century have left doubts and questions in the minds of many, and rightly so. When we look at the numbers  and the practices from some entities before 1992, they are facts of which we can’t be proud. We’ve also now moved from a time of selective disclosure to full disclosure, aided by trust and respect.

Knott: What would you describe as the significant differences between the 1992 Guidelines and the newly voted Statement?

Landless: The 1992 Guidelines were drafted by a large committee—The Christian View of Human Life Committee, made up of theologians, ethicists, and health professionals—and it addressed mainly the guidelines regarding termination of pregnancy. The current Statement is a biblical statement on the sanctity of life of the unborn, and was drawn up by the Biblical Research Institute Ethics Committee in consultation with dedicated Adventist health professionals from around the world. It’s difficult to clearly and responsibly draw the distinctions between the two documents, since the 1992 Guidelines also referenced biblical principles.  Guidelines useful to the church are of necessity informed by a biblically grounded Statement, which has now been voted.

I deeply appreciate the fact that the new Statement is fully biblical—well-rounded, thoughtful; establishing a deep respect both for the Word of God and for the women and men who have to make decisions based on their understanding of the Word.

Knott: But is there more that needs to be said beyond the voted Statement?

Landless: Even the most well-thought-out Statement will still need principles of care that help both families and Adventist medical practitioners understand how to faithfully implement the principles articulated in the Statement. These are particularly important in those rare and extremely difficult situations where very difficult decisions need to be made. The life of a mother might be at stake. Or, as has proven true in the very few terminations that now take place in Adventist hospitals, when life outside the womb would be impossible. In these tragic settings, where there seem to be no good options, it’s important to have some understanding about how to proceed with these unfolding tragedies. In those extreme circumstances, we have to form plans that will help us make wise decisions, and practice humane, Christ-like medicine.

Knott: So these protocols and processes don’t so much mandate outcomes as advise outcomes?

Knott: Let me push the question: Faithful medical staff, using these protocols, would then be able to present parents of an unborn child unable to experience life outside the womb with options drawn from the biblical principles of the Statement?

Landless: That’s just how we want it to work. And it has to be done sensitively, carefully--a graceful and gracious approach to people who are in those rare and very difficult circumstances. This isn’t at all the same as offering what has become known in the public mind as “choice.” We should note that the 1992 Guidelines did help make a significant difference, for they drew a distinct line between these tragic, rare circumstances and all issues of elective abortion, abortion on demand, abortion for contraception, convenience, or gender selection. All of those were totally excluded by the 1992 Guidelines.

Knott: You said a moment ago that very few terminations of pregnancy now take place at Adventist hospitals. Is that widely understood by most members?

Landless: I think what has surprised many people is the fact that the numbers of pregnancies terminated at Adventist hospitals, especially in North America, is small—and the rationale for each one is carefully documented. [See chart above]. In the single largest Adventist health-care system in the world, AdventHealth, which handles nearly 40,000 live births each year among its 50 hospitals, there was a total of 23 pregnancies terminated in the latest year on record—in every case, a situation where life outside the womb could not have been sustained. The numbers are thankfully dramatically smaller than almost anyone realized, and also represent a small fraction of the national abortion rate in the United States. Like each of our North American health-care systems, the leaders of this system have been very, very determined to continue best practice and careful interventions related to termination of pregnancy into the future. And I know not only from their words but from their practice, that it’s their desire that termination of pregnancy be as close to zero as is absolutely possible. 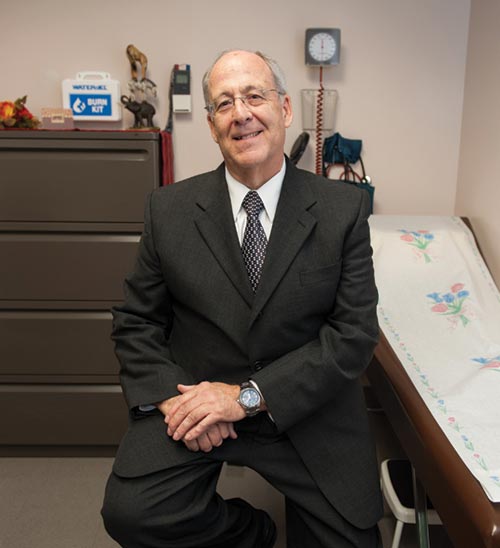 Knott: During the recent Annual Council, one delegate pointed out that it’s virtually impossible to compose a Statement that’s entirely comprehensive for such a difficult and painful human moment. Two situations that continue to cause a lot of discussion, even though the Statement is voted, are the questions of what to do in cases of rape and incest. Were these addressed in this new document?

Landless: They weren’t included among those rare and extreme conditions referenced. What was very interesting in the general floor discussion at Annual Council was that there were deep concerns expressed about the omission of these two situations by delegates, especially from outside of North America—some from regions in which rape is a tactic of war, and where incest may be thought to occur more frequently.  It’s going to require great care and prayer to craft protocols that actually assist our medical institutions and our church members when dealing with these realities.

Knott: If I’ve understood you correctly, the Adventist Health Ministries Department, as advised by the General Conference Bioethics Committee, will be recommending protocols based on the new Statement to Adventist medical institutions and hospitals around the world.

Landless: Principles of care will emerge in these protocols and processes that will help caregivers, hospital systems, and ethics committees advise individuals of what they might appropriately consider in such moments. All of us—those who wanted a fuller and more biblical Statement, and those who were comfortable with the 1992 Guidelines—will be monitoring the implementation of these protocols. The intention is that no protocol or process opens the door to elective abortion or abortion on demand, to both of which this department and the wider Seventh-day Adventist Church are totally opposed.

As a physician who spent 11 years in family practice, attending many pregnancies and delivering hundreds of babies, I find it hard to imagine that anyone wouldn’t strive to preserve and support life. It’s crucial to make every effort to ensure that the life, the pregnancy, is maintained and respected for the miracle and inestimable value it is.

Knott: Talk to me for a moment about persons—the families—that are actually at the center of these heartbreaking situations. What do they have a right to expect as a result of the counsel your department will be providing?

Landless: As vital as it is for the church to approach these dilemmas from a thoroughly biblical perspective, we can’t forget that it is people—mothers, fathers, families, and family systems—that must be our focus in such moments. There needs to be a well-informed, compassionate system that asks the right questions in these awful moments.

Knott: What are those questions?

Knott: These issues aren’t half a world away. Within the last two years, a General Conference family received the devastating news early in a pregnancy that the child forming in the womb was anencephalic, developing without a brain. The physicians brought this terribly difficult information to the mother and father, along with the grandparents. And the family wrestled with their pain; they sought pastoral support and counsel. They consulted hospital chaplains. They worked through every detail to try to find the right answer. No one was mandating anything or telling them what they must do. The physicians were painfully clear that there was no opportunity for life outside the womb. And the family ultimately reached a decision that, as terrible as it was for them, they believed was the best route to peace for them and for all the people who supported them.

Landless: Stories like that break my heart—and I know them well. I’ve walked with families who faced these awful moments. It’s probably true that almost every family system in our worldwide church has been in one of these dilemmas in the last seve
ral generations. 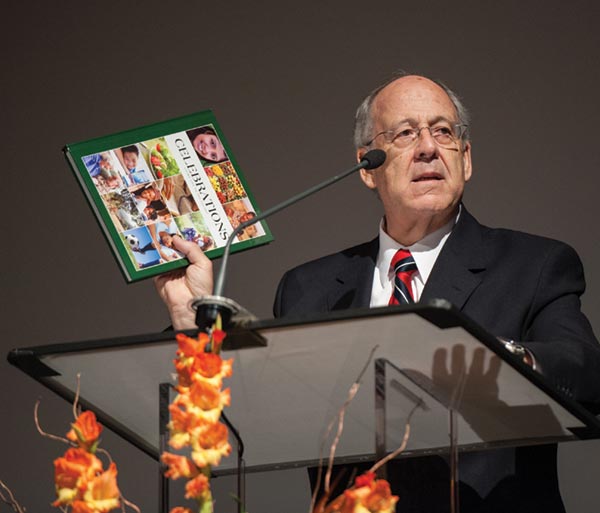 Knott: Several participants in the process of drafting the new Statement noted that no more than 5 percent of Seventh-day Adventists around the world are likely to engage with an Adventist hospital or an Adventist practitioner in the course of a year. The vast majority of these stories will unfold in congregations and families. Will there also be protocols and processes to guide congregations and pastors and church boards about how to respond appropriately in these worst human moments?

Landless: This is an extremely important point you’re raising, and one I’ve also made on committees as well. This isn’t just a health-care issue: we are multidimensional beings. We are body, mind, and spirit, with social, emotional, and spiritual capacities. It’s a chaplaincy issue as well. It’s a pastoral issue. It’s a young adult issue. It’s a family issue—a massive family issue. Pastors, elders, and members have to recognize their role as caregivers as well as counsel-givers in these situations.

Landless: This is a ministry that belongs to all of us: we can’t leave it only to the physicians and the bioethics committees. Families need support right where they live—from those who worship with them and serve with them and share the journey with them. The challenges don’t end when an unsustainable pregnancy is terminated. Parents wrestle with the sense of loss, with feelings of inadequacy for not being able to fulfill what is deemed a natural function, but one in which they may be judged to have failed.

And those who have made unwise choices to end an otherwise viable pregnancy especially need the church’s love and care. We dare not extend our care only to those who make choices we approve of. I’m particularly proud of the Statement for calling on all members to “create an atmosphere of true love” for those who make these painful decisions. The body of Christ needs to act like a body does—as a unit for healing and restoration and recovery—so that every member is embraced by the love of God, immersed in His grace, and loved by their fellow pilgrims.

The ministries and departments of the Church we love and serve are a blended ministry, not ministries at war. The health work is the right arm of the message with all the complexities, challenges, and opportunities that come with this special ministry. As we prayerfully consider and implement the voted document, I’m praying that we’ll be respectful and considerate at all times, showing by our love for one another that we are His disciples. That for me is an illustration of Church at its best.