“Like a Woman in Childbirth, I Cry Out, I Gasp and Pant”

Surprised that God is sometimes portrayed in the Bible as a mother? Don’t be. 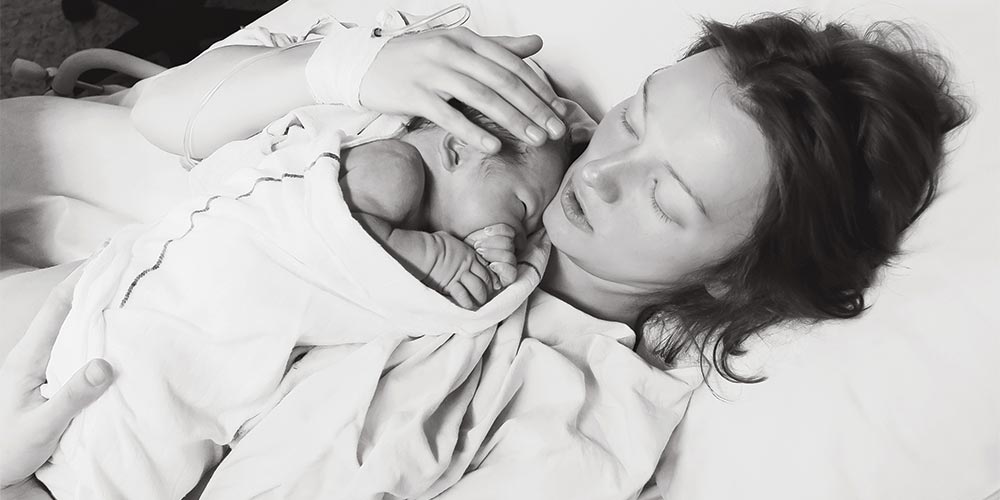 How does one describe God? How can we nail down in language what we struggle to grasp conceptually? We know some of God’s attributes. He is powerful, gracious, kind, and holy—yet also the judge of the universe whose unwavering righteousness has been challenged by Satan, the accuser of the brethren.

We are told that God is light; God is energy; God is a rock; God is a fortress; God is a father—or is He? Biblical authors wrestled with these issues again and again. They used countless metaphors to communicate essence and nature where mere words could not do justice. They knew that God was always more than a rock, a fortress, or a father. In fact, their multiple similes (“God is like . . .”) remind us of the fact that God is always the “Wholly Other,” a phrase popularized by German theologian Rudolf Otto in the early twentieth century.1 Always surpassing our expectations; always surprising our presuppositions; always demolishing our sureties. That’s God.

So what shall we do with that birth-giving mother metaphor for God—and others highlighting female characteristics of God? What about those feminist theologians who tell us that God is a mother—full stop?

Bible readers with a high view of Scripture (which includes Seventh-day Adventists) cannot agree with feminist theologians in their assertion that Scripture exhibits an unbalanced predominance of male voices. They will be hard pressed to accept the notion that biblical texts are mostly oppressive texts, providing a theological rationale for the dominance of men.2 They will recognize that the creation of Adam and Eve together as a reflection of the image and likeness of God is diametrically opposed to the wholesale caricature of biblical texts as representing chauvinistic male-centeredness. They understand that the historic Christian doctrines of God and humanity suggest not only order and hierarchy but, more important, divine purpose and connection.

So what can we learn from Scripture’s repeated use of feminine characteristics in references to God?

Female Metaphors of God in Isaiah

The most well known can be found in Isaiah 49:15: “Can a mother forget the baby at her breast and have no compassion on the child she has borne? Though she may forget, I will not forget you!” The entire chapter speaks about God’s ability to return His people from exile. Prisoners will be freed (verse 9), hunger and thirst will be conquered (verse 10), inhospitable mountains will suddenly become highways bringing peoples from the end of the earth to Zion (verses 11, 12).

All looks perfect until we hit the heartfelt lament in verse 14: “The Lord has forsaken me; the Lord has forgotten me.” There is no hope; there is no future; there is no memory—or is there? God’s answer appears in the form of a rhetorical question. “Can a mother forget the baby at her breast?” The prophet utilizes the generic word for “woman,” instead of “mother,” as reflected in most versions. Yet the proximity to the verb “to suckle, nurse” makes clear that this woman is a mother. Generally, mothers don’t forget their babies. But even if they would, God says, I will not forget you. Even the greatest human love can fail, but God’s love is stronger than the noblest of human love; He will not fail us.

Isaiah 42:14 offers another strong female simile applied to God—it’s Scripture’s only explicit comparison of God with a woman in labor. “For a long time I have kept silent, I have been quiet and held myself back. But now, like a woman in childbirth, I cry out, I gasp and pant.” The context suggests the messianic age, introduces the Servant of the Lord (verse 1), and describes the Servant’s task (verses 5-7).

Again, we hear about total transformation. No more disease, no more prisoners, no more darkness. God’s people will sing a new song and are joined by nature and other nations (verses 10-12). Like a warrior (another metaphor!), God will triumph over His enemies (verse 13)—and then, out of nowhere, we hear about God giving birth to something new. Verse 16 describes how God is tenderly guiding the blind on a once-crooked path now made straight. God’s birthing process restores those who are utterly dependent on Him to wholeness.

Isaiah 46:3 contains another mother-related image. The context of the chapter indicates judgment and destruction of the idols (represented by the Babylonian deities Bel and Nebo) and those that worship or “carry” them. “Listen to me, you descendants of Jacob, all the remnant of the people of Israel, you whom I have upheld since your birth, and have carried since you were born.” A literal translation would depict God carrying Israel from the “belly” and lifting her up from the “womb.” Like a newborn child, Israel was helpless. As any mother would do, God carried Israel for the first months of life. Verse 4 makes a big circle and promises the same care and support in old age, though using a masculine pronoun. “Even to your old age and gray hairs I am he, I am he who will sustain you. I have made you and I will carry you; I will sustain you and I will rescue you.”

God’s compassion is a recurring theme in Isaiah (14:1; 30:18; 49:10, 13, 15; 54:8, 10; 55:7; 60:10). The Hebrew term for “compassion” has the same root as the word translated as “womb.” Compassion is illustrated by the feeling of a mother remembering her child. That doesn’t mean that men cannot feel or express compassion. Yet, for the biblical authors, the best prototype of divine compassion comes from a mother who unconditionally loves her child—even her wayward child.

Even the greatest human love can fail, but God’s love is stronger than the noblest of human love.

One final example of a female metaphor describing God can be found in Isaiah 1:2: “Hear me, you heavens! Listen, earth! For the Lord has spoken: ‘I reared children and brought them up, but they have rebelled against me.’” Old Testament women were in charge of the household and were also responsible for raising the children of the household.4 We can catch a glimpse of their influence in many patriarchal stories in which a mother names her child (cf. Gen. 29:31-30:24). Intriguingly, the Hebrew verb gadal, “to raise a child” (2 Kings 10:6; Isa. 23:4; Hosea 9:12) that is used by Isaiah in 1:2, can also be translated as to “make great.” It’s used in God’s promise to Abraham in Genesis 12:2 to make him “a great nation.” God had raised His people and had even made them great—yet, as noted in Isaiah 1, Israel and Judah rebelled and did not keep their part of the covenant promise.

Isaiah’s repeated use of female imagery and metaphors is surprising, since he lived in a world that was full of female deities associated with fertility rites. Ishtar, the goddess of love, and Ninkarrak, the mother goddess, were both well known in Mesopotamia and Syria-Palestine. Hathor, the Egyptian sky goddess wearing the sun disk and cow horns; Isis, the wife of Osiris and an ancient mother goddess with magical powers; and Maat, the goddess of truth presiding over judgment—they all were part and parcel of a large pantheon of deities, mostly associated with fertility, birth, and motherly activities.

Why would Isaiah ascribe the characteristics of a mother to Yahweh in the midst of a world where goddesses representing debased fertility rites were so prominent?

First, by using female characteristics to describe God, the biblical authors reflected creation theology. God, who is neither male nor female, made both Adam and Eve in His likeness and image. A mother’s tenderness and care; a father’s strength and protection were reflecting God’s characteristics.

Second, the God of Scripture is not a supercharged copy of a human superhero as consistently found in heathen pantheons; as Creator and Redeemer He is acting in history. He is more than any metaphor can truly describe. While He is more, these crucial metaphors help us relate to Him in ways that are familiar to us.

When God made Adam and Eve in His image and likeness, He built something into our being that resonates with motherly kindness and care, since it is so intimately related to our first human experience. Interestingly, Isaiah often connects male and female metaphors of God to express wholeness and completeness. Isaiah 51:2 connects Israel (as a people) to the archetypical father Abraham but also reminds the readers that Sarah “gave birth” in pain to Israel. God as a parent (involving the characteristics of a father and a mother) reflects this wholeness and continues to speak beyond gendered, generational, and racial borders.

All of our nearest and dearest relationships were meant to reflect aspects of the God who is the “Wholly Other.” In this sinful world where some of our most intimate relationships may only bring memories of pain, abuse, or absence, Scripture describes God as our perfect father, mother, sibling, fortress, maker, and, ultimately, our liberator. His self-descriptions that make use of feminine metaphors serve to deepen our regard for women and motherhood, and also soften those sterner images of maleness and manhood that often engender unbalanced perspectives of both the ideal man and of the sensitive, compassionate Father who is in heaven.

Gerald A. Klingbeil is an associate editor of Adventist Review who marvels at the wideness of God’s being as He reaches out to a world that struggles to comprehend Him.