Early Adventists were not silent about social issues.

Many Adventists are aware that Joseph Bates, one of the cofounders of the Seventh-day Adventist Church, was an abolitionist. Nevertheless, historians and biographers have not previously sought to ascertain what kind of abolitionist Bates was, or document how he participated in the movement.1 Bates was a radical Garrisonian abolitionist. Unlike some abolitionists who were committed solely to the immediate abolition of slavery and had little interest in the fate of Blacks after that, Bates was also an outspoken advocate for equal rights for the oppressed.

Though there were many notable antecedents, historians often attribute the rise of the immediate abolition movement (“immediatism”) to William Lloyd Garrison (1805-1879), who began in 1831 to publish The Liberator, a weekly paper in Boston dedicated to immediatism. Garrison insisted that true Christians could not support the national government or established churches because they sanctioned slavery through law and fellowshipped with people who upheld the “peculiar institution.” Garrison’s broad-based peace platform also included promotion of pacifism and equal rights for Blacks and women.2 Bates actively supported all of Garrison’s reforms and defended all of them publicly.3

Joshua V. Himes, a close friend and colleague of Garrison’s, convinced Bates—also Himes’ close friend—that Garrison had the right solution to the problem of slavery. But immediatism was a radical scheme in antebellum America, and most Northerners scorned Garrisonians and sometimes inflicted violence upon them. After working closely with Garrison for three years, however, Himes was convinced that it was worth the risk to follow Garrison, because he “fearlessly and faithfully” exposed the sin of slavery and exhorted Americans “to an immediate repentance.”

Joseph Bates’ views were not exceptional among his Millerite or Sabbatarian Adventist peers. Rather, his radicalism provides a window to catch a glimpse of the worldview of early Adventism.

In February 1835, as Bates became attracted to immediatism, Himes encouraged him “to support Mr. G. in all his efforts to disenthral [sic] and elevate the colored race.”4

On April 23, 1835, Bates and about 40 other abolitionists in Fairhaven, Massachusetts, organized the Fairhaven Anti-Slavery Society (FASS). Bates was also a cofounder and elected officer of the Bristol County Anti-Slavery Society (BCASS), and an active member of the Massachusetts Anti-Slavery Society, supporting it financially and serving as a delegate to annual meetings.5 FASS was organized, according to its constitution, “for the avowed purpose of effecting the immediate and total abolition of slavery” and recognized “the people of color, both bond and free, as members of the same human family, entitled to the protection of the same just and equal laws.” Bates, therefore, ardently advocated equal rights for free Blacks in the North as well as the immediate abolition of slaves in the South.6

Anti-abolitionists in the Fairhaven-New Bedford area responded a few months later. The “very large and respectable” crowd of anti-abolitionists dwarfed the smaller FASS, and when they gathered in New Bedford’s Town Hall on August 22, 1835, they professed to detest the “evil of slavery” but objected to immediatism because it might sacrifice “the rights” of “the White population,” endanger their “domestic safety,” or “impoverish” them.7 As Bates later recalled, the FASS “drew down the wrath of a certain class of our neighbors” who “denounce[d] us in very severe terms. . . . Threats were often made that our meetings would be broken up, &c., but fortunately we were left to go onward.”8

Bates was an advocate for women’s rights and advocated for their right to participate politically, including his wife, Prudence, who was a cofounder of the Fairhaven Ladies Anti-Slavery Society (FLASS) and served as vice president and executive committeemember.9 When Northern White men began to oppose women acting politically by petitioning Congress, Bates and the BCASS responded directly: “That woman, when she pleads for the oppressed, and labors to meliorate and relieve their condition, acts worthy of herself, and of her high duties as an intellectual, moral, and accountable being.”10

Abolition and the Christian Connexion

Bates also worked with radical abolitionists within the Christian Connexion. In the fall of 1836 he united with Himes and 19 other Connexionist leaders at the Massachusetts Christian Conference on Slavery. This conference convened in New Bedford to condemn churches and members for supporting slavery. These men resolved that it was their “sacred obligation” to “proclaim the holy displeasure of heaven against all unrighteousness” and firmly declared their “unqualified reprobation of every palliative, excuse, or apology, which may be urged in extenuation of this sin” of slavery. In doing so, they responded to Christians—North and South—who used the Bible to defend slavery.11

On June 5, 1841, Bates also led his own congregation on Washington Street to reestablish itself as a staunch abolitionist church. After chastising non-abolitionist Christians for their support of slavery, the church made a resolution that “we cannot receive to our fellowship, as a chairman or christian minister, a slaveholder, or an apologist for slavery.” Their resolutions were published in The Liberator.12

In the fall of 1839 Joseph Bates joined the Millerite movement.13 That same year he was elected president of the FASS, and his responsibilities and activities in the abolition movement increased.14 Though previous FASS presidents did not undertake the task, Bates initiated annual petitioning campaigns among the male citizens of Fairhaven during his first presidential term. On January 1, 1840, he began to circulate petitions and send them to the Massachusetts State Legislature, the U.S. House of Representatives, and the U.S. Senate.

Many of Bates’ petitions have been destroyed, but surviving documentation reveals that he petitioned for the eradication of the gag laws that forbade discussion of slavery in Congress, protestation that Texas and Florida be admitted as slave states, for the abolition of the interstate slave trade, and extinction of slavery in the District of Columbia. Though all of these issues were critical, Bates placed himself at the extreme end of the abolitionist spectrum when he petitioned that the United States recognize the independence of Haiti, that the New England “Jim Crow” segregation laws be eliminated, and that the interracial marriage law in Massachusetts be abolished.15 These petitions demonstrate that Bates’ believed in the equality of Blacks, their capacity to govern themselves (a fact that almost all White Americans denied), and his concern for international injustices.

A Window on Early Adventists

Joseph Bates’ views were not exceptional among his Millerite or Sabbatarian Adventist peers. Rather his radicalism provides a window to catch a glimpse of the worldview of early Adventism. Other Adventists expressed their political views by signing abolitionist petitions and voiced their radical political views in sermons and in print. Along with other leaders, Joseph Bates helped forge a biblical understanding of social justice that should be remembered and applied to our lives each day as we live and share the gospel of Jesus Christ in the spirit of our radical pioneers.

Kevin Burton is writing his dissertation at Florida State University on Adventist involvement in the abolition movement, and is an instructor in the History and Political Studies Department at Southern Adventist University, Collegedale, Tennessee. 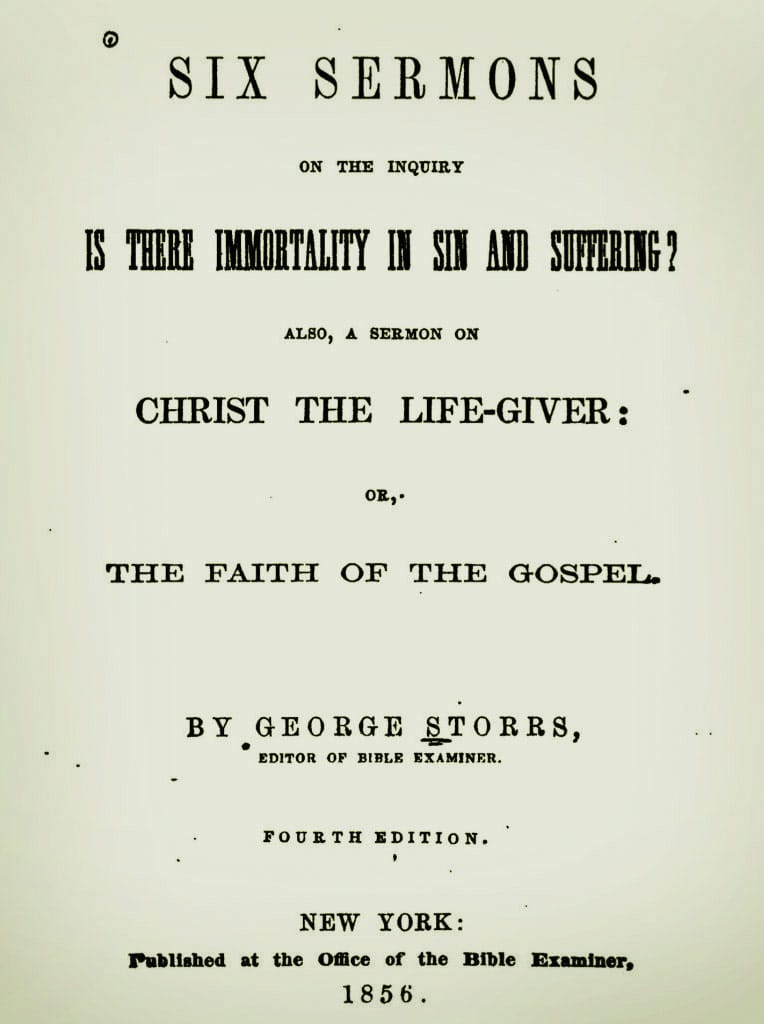 Magazine Article
Whom Are You Going To Trust?
Your life depends on whom you choose.
Magazine Article
Born a Slave, Died a Freeman
A new study reveals the story of John W. West. 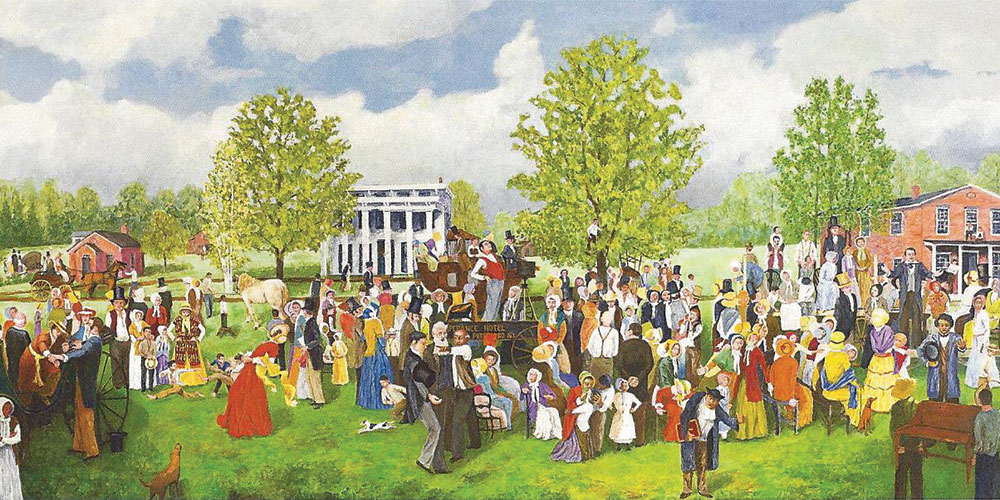