Created Not to Be Alone

God made us social creatures: a little help makes a lot of sense. 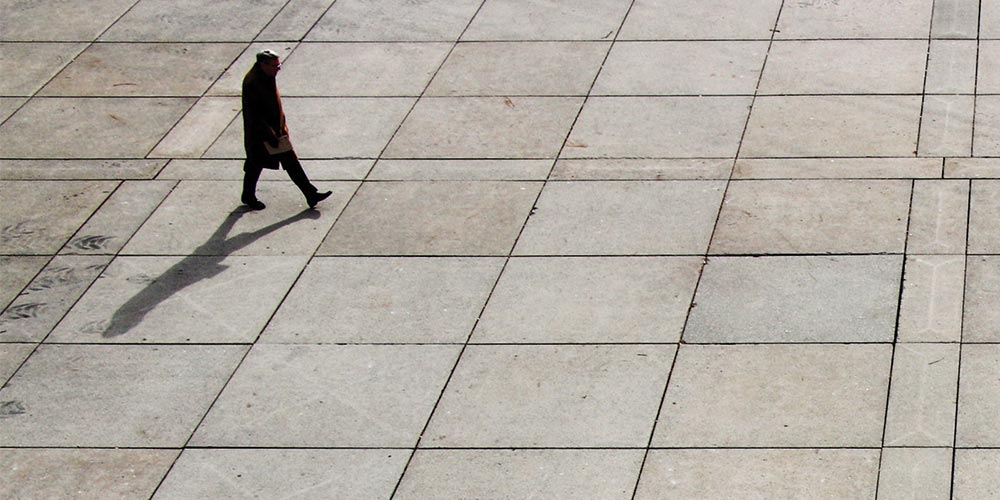 From the beginning of time God has known the importance of being connected. In Genesis God said, “It is not good for the man to be alone. I will make a helper suitable for him” (Gen. 2:18). God recognized Adam’s need for contact with another human being—a need God had built into him.

By God’s design we have an innate need to be loved and belong. As children we learn to give and receive affection and are taught the skills that will help us find acceptance in society. Through our relationships with family, friends, coworkers, and others, we form our sense of individuality and find our place in the world. When our need for affection and companionship goes unfulfilled, we become restless, unhappy, and lonely.

The loneliness I speak of is a hollow emptiness of isolation and disconnection. Jesus understands the full breadth of human loneliness because He experienced it Himself. His love penetrates deep into our hearts so that we never feel fully alone. His Word gives us comfort. “The Lord your God goes with you; he will never leave you nor forsake you” (Deut. 31:6).

Loving relationships are some of the cornerstones of a healthy human life. In the book
Personal Relationships and Personal Networks, interpersonal communications scholar Malcolm Parks writes, “We humans are social animals down to our very cells. Nature did not make us noble loners.”1

Psychologist Roy Baumeister and professor of psychology and neuroscience Mark Leary believe that “the need to belong is a fundamental human need to form and maintain at least a minimum amount of lasting, positive, and significant interpersonal relationships.”2 This need is an innate motivation that we’re born with rather than one we learn.

We work, play, and live in communities. We rely on others to help us in times of crisis, and we offer our own help, even to strangers, when we see a need.

Loneliness and the Holiday Season

Holidays are meant to be times of joy and celebration. But for some, the time between Thanksgiving and New Year’s Day can be very lonely and highly stressful. Christmas in particular comes with great expectations of perfect, happy families enjoying celebrations and gifts. Not only is there pressure to enjoy Christmas—there’s also the reflection that comes with the end of the year. Comparing ourselves to others and thinking about what we haven’t accomplished during the year can evoke feelings of inadequacy.

We are more susceptible to feelings of loneliness if we associate past holidays with traumatic events, such as the loss of a loved one or a family conflict surrounding the holidays when we were children. Christmas can intensify feelings of grief and sadness.

The Emptiness of Modern Connections

What’s difficult about our hunger for affection is that it’s easier to ignore than physical hunger. That’s because most of our lives we are surrounded by others, either in a real or a virtual way. We live, work, go to school, do our grocery shopping, eat, go to concerts, worship, volunteer, and exercise in various social communities.

The world around us is becoming smaller each day. You can go online and instantly communicate with someone on a different continent.

John F. Helliwell of the Canadian Institute for Advanced Research recently conducted a study of more than 5,000 Internet users. He used an online survey to determine the difference between online and offline connections. The findings revealed that “real-life friends were significantly related to well-being.” Also, “when the number of offline friends was doubled, it had the same effect on happiness and well-being as increasing income by 50 percent.”3

People who feel lonely and disconnected aren’t just in poorer health than others—they also take worse care of themselves. Compared to people who feel socially engaged, lonely adults exercise less and eat more of their daily calories as fat, all of which worsens their health. One of the main causes of depression is loneliness. It can both trigger depression and prevent us from recovery.

But loneliness doesn’t just affect mood disorders. It has a hold on heart disease, immunity function, nervous system disorders, and many other illnesses. Like oxygen, food, water, air, and rest, we also need affection to survive.4

Regular exercise has many health benefits, such as maintaining a healthy weight, regulating cholesterol and blood sugar, boosting energy, and promoting better sleep. Research shows that both loneliness and shyness discourage people from exercising. One study found that college students who were either shy or lonely were less likely than their peers to exercise at all; and those who did exercise did so less often.

A later study with older adults (aged 50 to 68 years) similarly found that lonelier participants exercised less often than their peers, and they were more likely to quit exercising altogether. Loneliness is a significant risk factor for several problems that often accompany a sedentary lifestyle, including obesity, high cholesterol, and high blood pressure.

Psychologist John Cacioppo has suggested that social disconnection affects health in part because lonely, disconnected people don’t get as much restorative sleep as others do. The problem isn’t necessarily that they can’t fall asleep; it’s that they don’t stay asleep long enough to reap its important benefits.5

Studies have shown that people who feel lonely are more likely to wake up during the night and have fragmented sleep. This contributes to such health problems as high blood pressure, heart disease, and depression, says lead researcher Lianne Kurina, an assistant professor of epidemiology at the University of Chicago.

“In lab experiments, when people are intentionally woken up repeatedly, it seems to have effects on [their] metabolism,” she says. “Their insulin sensitivity goes down, almost suggesting that poor sleep could put them at higher risk of type 2 diabetes, for example.”

Kurina and her colleagues conducted a study of 95 participants in a close-knit rural community in South Dakota. They all had strong connections, yet even small differences in their degrees of loneliness appeared to have an impact on their sleep.

The men and women in the study were asked how often they felt a lack of companionship, left out, or isolated from others. Researchers used these responses to rate them on a standard loneliness scale. For one week the participants wore a wrist device to bed each night, which recorded their body movement and sleep disruption. A small increase in the loneliness scale was associated with an increase in sleep disruptions and restlessness, sleep apnea, and negative emotions such as depression, anxiety, and stress.6

One obvious result of loneliness is depression. We humans are an intensely social species; we have a powerful need for social relationships. When people feel excluded or cut off from connection with others, they experience sadness and depression.7

We are built for social contact, and there are serious outcomes when we lack that in our lives. Our mental and physical health becomes compromised. Being social is vital to our well-being.

Julie Guirgis is an international freelance writer who lives with her family in Sydney, Australia.