​Christmas In Our Adventist Past 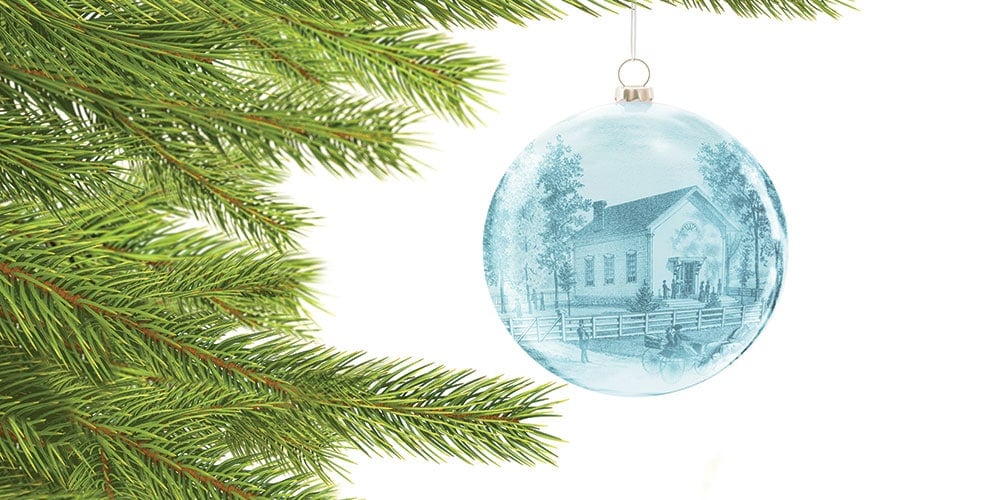 As I walked into the mall wearing a T-shirt and shorts, I was startled to hear strains of “Let It Snow” followed by “Frosty the Snowman.” It was still September.

While living as missionaries in the Philippines, we rapidly learned that not only was Christmas a global holiday but also that the Philippines officially claims the longest holiday season in the world. Christmas decorations begin going up in malls and on city streets as early as August. Countries far removed from stereotypical snow-covered scenes of Christmas movies love to celebrate the holiday with palm trees waving in the breeze on the beach just as much as those in frosty climes. Even countries that are not Christian have embraced the holiday.

From holiday parties at work to Christmas trees at home, the question is often asked: Should Adventists celebrate Christmas? Or, to take it a step further, how did the early Adventist pioneers, including Ellen White, view Christmas? Were they full of holiday cheer? Or were they simply scrooges?

The Christmas holiday has a rich tradition dating back to the early Christian church. January 6 was initially “a celebration of the birth and/or baptism of Christ and known as the Epiphany or Theophany. The church at Rome did not adopt this festival but later instituted a celebration of the Nativity of Christ” on December 25, which eclipsed the January 6 date.1 During the medieval period the Western church (based in Rome) emphasized December 25; the Eastern Orthodox Church focused on January 6. The celebration of one holiday did not necessarily mean the exclusion of the other; many religious groups observe both holidays.

Two major competing theories exist among scholars about why December 25 was accepted eventually as the date of Christ’s birth. One theory posits that such festivals “were influenced by—or intended to supplant—pagan feast days that were being celebrated on those particular dates.” Recent scholarship questions this oft-stated theory. Indeed, little credible evidence supports December 25 as a consistently celebrated pagan holiday.

Another theory suggests that the date is based on Christ’s conception April 6 (Artemisios 14) from the Julian calendar as the equivalent of Passover (Nisan 14), meaning that exactly nine months later (January 6) marks Christ’s birth. Once again, scholars question both theories, leaving the origins of the Christmas date shrouded in mystery.2

“While Christmas was already a popular feast day at the start of the nineteenth century,” writes historian Timothy Larsen, “the holiday was transformed and greatly expanded over the course of the Victorian age.” As society changed, the Christmas holiday became domesticated. In other words, it went from being a public event to something celebrated in the home with a focus on children. Many popular legends, such as Father Christmas, Kris Kringle, or Saint Nicholas, combined myths and legends across cultures and faiths.

If Jesus came to fill darkness with light, shouldn’t we also make life brighter for those around us?

During the American Civil War, Adventists first mentioned Christmas in The Advent Review and Sabbath Herald. The earliest references were celebratory. In bold letters J. M. Aldrich, a leader of the Adventist publishing work at the time, noted “CHRISTMAS AND NEW YEAR’S COMING!” He added that “the little folks of course must be remembered on these occasions.” In the midst of filling stockings with candy, sugar birds, and rubber dogs, Review readers were urged to give them “valuable books.” Such seeds can “grow” into a love for the truth.3

As Christmas became more popular in the United States during the latter part of the 1870s through the 1880s, it became an increasingly frequent topic of discussion. One person queried the Review staff, asking if there was any evidence for Christ actually being born on December 25, along with how to celebrate this holiday. In an unsigned article, presumably written by Uriah Smith, the editor noted that scholars disagree about the origins of Christmas and the date for the holiday, highlighting the split between West (December 25) and East (January 7).

A more in-depth discussion about Christmas and Christmas trees occurred in 1879 with a flurry of articles in church periodicals. Ultimately, the General Conference Committee recommended that churches “provide a Christmas tree, and suspend thereon their gifts for the cause.” The Battle Creek congregation led the way “with alacrity” with a beautiful tree donated by a sister with “appropriate exercises” prepared for the evening of December 25. In the earliest recorded description of an Adventist Christmas service, the report noted that they sang “choice and select hymns and pieces of music.”

In follow-up questions, church leaders were clear to differentiate the Adventist use of Christmas trees from other festivals. From their viewpoint, this was a great opportunity to raise funds to further the mission of the church.

Ellen White, the prophetic founding voice of Adventism, wrote some of her strongest statements about Christmas during this same time period (1878-1879). In an 1878 article titled “Holiday Presents,” she urged Adventists to remember “how much money is expended yearly in making presents.”5 The claims of Jesus, “our kind . . . Benefactor,” mean that we have a higher duty to present our offerings to God. “Let us remember that Christmas is celebrated in commemoration of the birth of the world’s Redeemer.”6

Ellen White wasn’t against giving gifts, but rather, she challenged Adventists to become counter-cultural by prioritizing the lifting up of Jesus and the need to sacrificially give to advance the gospel. When the denomination was sending its earliest missionaries (J. N. Andrews, with his children, Charles and Mary, had left for Europe only four years earlier in 1874), this was an opportunity to practice “self-denial.” She urged Adventists to “stand clear” of all “church corruptions, dissipations, and festivals, which have a demoralizing influence upon young and old.”7 Adventists had a duty to keep Christ at the center of Christmas.

The following holiday season (1879) Ellen White wrote another article, “The Holidays.”8 Once again she urged Adventists to shun all “frivolity and extravagance, gluttony and display.” “Thousands of dollars” will be wasted “in needless indulgence.” How much better it would be if “we may make the coming holiday an occasion in which to honor and glorify God.” Once again Ellen White reminded Adventists that “Christmas day” is a
“precious reminder of the sacrifice made in man’s behalf.”

She challenged church members to consider more worthwhile gifts, such as Adventist books and periodicals, if one wants to give presents. A personal favorite was the Life of Joseph Bates with enticing adventure stories. As a biblical precedent, she referred Adventists back to ancient Israel, who gathered for spiritual feasts several times each year. When some Adventists challenged Ellen White about the merits of a Christmas tree, she responded: “You can make it like the world if you have a disposition to do so, or you can make it as unlike the world as possible. There is no particular sin in selecting a fragrant evergreen.” What mattered most was the motive behind it all.

Should Adventists observe Christmas? From the early Christian church up to the more recent early Adventist pioneers, the holiday has deep roots in honoring the birth of Jesus Christ. Although scholars debate the origins of this holiday, early Adventist pioneers disassociated themselves from such traditions, or even presumed pagan origins, holding that Seventh-day Adventists have a unique opportunity to celebrate this holiday in a way that uplifts Jesus Christ.

Christmas is a holiday with unique opportunities to share our faith. When done with the right motive, it can be an opportunity to bond closer together, both as a family and as a church, to strengthen faith and advance the Lord’s work.