Why The Seventh Day?

Celebrating our relationship with our Creator. 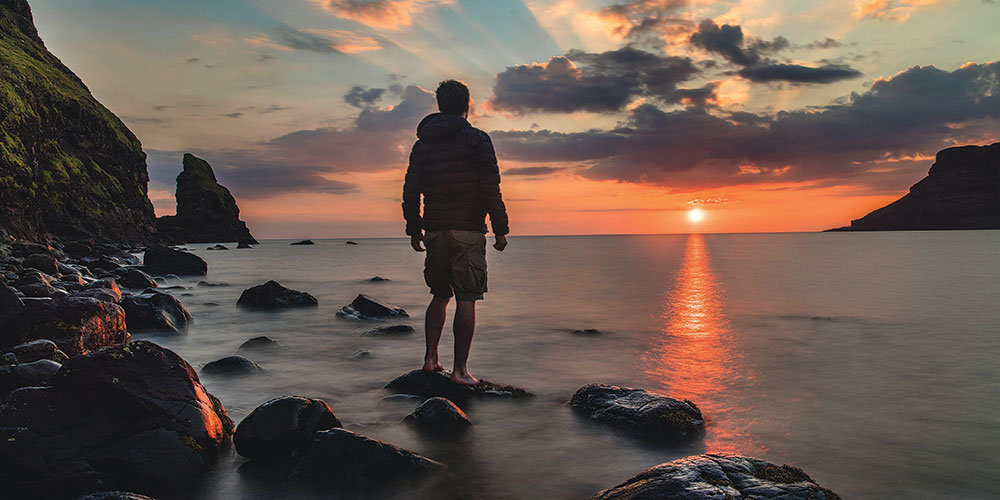 “There is a realm of time where the goal is not to have but to be, not to own but to give, not to control but to share, not to subdue but to be in accord.”—Abraham Joshua Heschel, The Sabbath.

The Sabbath is a unique day. Its revolutionary ideas were significant in the ancient world, and are still revolutionary in our society. As an integral theme of Scripture, the Sabbath speaks to deeply theological questions about God and about His relationship with humanity as well as all creation.

Swiss Reformed theologian Karl Barth noted Scripture’s emphasis on the climactic event of creation Sabbath as God entering the created world: “by resting on the seventh day, He [God] does not separate Himself from the world but binds Himself the more closely to it.”1 In its rhythmic recurrence, the Sabbath signifies the Creator’s constant presence in the world and His care for it.

The sacredness of the Sabbath is then the essence of the divine-human relationship and enables human beings to rest and work in this world in the image and likeness of the Creator God. Since the fall into sin, the Sabbath has liberated people from oppressive regimes of human gods; it places them in proper relationships with each other; it relieves their attitude toward work in a society that is often exhausted and stressed by hard labor; and it testifies to the sacred design in time and space whereby human beings can recognize and emulate the Maker of all.

Thus, the Sabbath is an important part of God’s program for restoring imago Dei in fallen human beings.

The commandment to keep the Sabbath holy is at the center of the Decalogue in Exodus 20:8-11 and in Deuteronomy 5:12-15. In both Decalogue versions, Sabbath is the hallmark and guarantee of God’s gift of freedom from slavery and oppression.

In turn, people who are freed from slavery are to extend the same gift, as well as their care and compassion, to anyone in their sphere of living, including animals. The meaning of the Sabbath in the law sections of the Bible cannot be overstated, especially with regard to its divine concern for justice and fairness toward those who are disadvantaged by society.

It is in this spirit of justice that the prophets spoke of the Sabbath. Amos condemned its misuse by those who were greedy and oppressed the poor (Amos 8:5). Hosea exhorted those who disregarded the Sabbath’s significance as a sign of covenant relationship between God and His people (Hosea 2:11). In Isaiah, the Sabbath is imbued with the divine call for justice and righteousness in this world (Isa. 56:1) as well as a catalyst of hope for an all-inclusive new heaven and new earth when “all flesh” will worship the Lord “from Sabbath to Sabbath” (Isa. 66:23).

According to the Gospels, the Sabbath is made to benefit the human being (Mark 2:27), and the “Son of man is Lord of the Sabbath” (verse 28). If animals need to be assisted and cared for on Sabbath, how much more so do human beings who need healing. Thus, Jesus says, “It is lawful to do good on the Sabbath” (Matt. 12:12).

In the Gospel of John, Jesus’ healings on the Sabbath speak to God’s life-giving care for people who were neglected by the temple authorities (John 5; 9). While the New Testament attests to Sabbath observance in the early church,2 it is in Hebrews where Christians are called to enter God’s “rest,” which is “a Sabbath rest for the people of God” (Heb. 4:9). The language evokes Isaiah’s vision where the Sabbath carries eschatological fulfillment of rest and peace. All believers will enter God’s Sabbath rest.

The book of Revelation concludes the theological import of the Sabbath in Scripture with letters to seven churches of Asia Minor, followed by seven cycles of visions that culminate in the vision of the New Jerusalem—a panorama that reflects on the sevenfold structure of the Creation account in Genesis 1:1–2:3. At the heart of the prophetic scenery is a prominent allusion to the Sabbath in the Decalogue (Ex. 20:8-11), “Fear God, and give Him glory, because the hour of His judgment has come; worship Him who made the heaven and the earth and sea and springs of waters” (Rev. 14:7). Earth’s moments of crisis seem to center on the rich gospel themes of the Sabbath:

The Creator God is trustworthy. The Sabbath provides a chance for us to reorient our lives toward God as the ultimate provider. It is an invitation to trust Him with all our being and with our sources of security, such as work or money or relationships. As His created and re-created beings, we are His image, dependent on Him and His good gifts.

Sabbath is the mark of free people. To work without stopping is what slaves did. God has redeemed His people from slavery and set the Sabbath as a recurring reminder of liberty. The Sabbath reminded slaves that they had received a new identity as free people.

The Sabbath’s greatest concern is for justice and mercy. The Sabbath commandments call on Sabbathkeepers to pay close attention to those who are “the least of these” in society and allow them to rest so they “may be refreshed” (Ex. 23:12). The same concern was at the heart of every Sabbath controversy when Jesus cared for and healed people who were at the margins of society.

The Sabbath is joyous anticipation. The notion of Sabbath as a strictly regulated day of law is not a divine model. The biblical story about the gift of the manna and the Sabbath is explicit with its festive overtones in the celebration of God’s gift, “Eat it today, for today is a sabbath to the Lord; today you will not find it in the field” (Ex. 16:25). According to Jewish tradition, Sabbath was a time for eating and celebration. It’s hopeful outlook into a world made new, signals to us in the here and now the “delight and joy” of God’s grace toward His people (Isa. 58:13).