​Picking Up the Basin and the Towel

Will we know when we’re humble? 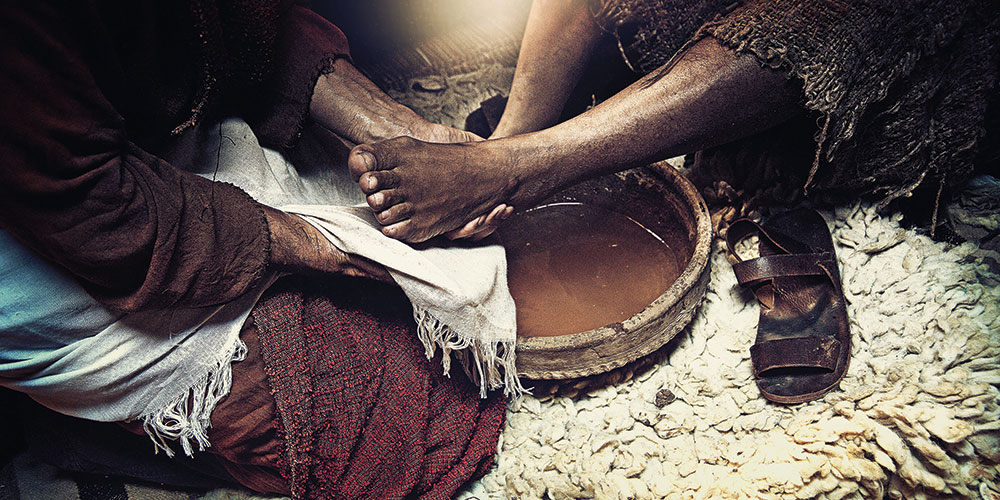 Humility is a strange animal. It doesn’t boast; it seldom shouts; it naturally avoids the spotlight; it never self-promotes—yet most of us feel mysteriously drawn to a humble person. But as soon as we try to focus on humility it seems to disappear.

Pride sits on the opposite end of the spectrum—and Scripture has nothing good to say about it. God hates pride (Prov. 8:13), for it lies at the heart of the rebellion that transformed a perfect universe into the battle zone of a cosmic controversy.

The Bible tells us that ambition and pride were the underlying motives leading to Lucifer’s fall, aptly described in Isaiah’s oracle depicting the fall of the king of Babylon (Isa. 14). The highly evocative language of the passage suggests that Isaiah’s prophetic vision went beyond historical events to metaphysical realities, pointing back to the fall of a created celestial being that coveted God’s authority and wanted to be like God.2 “I will ascend into heaven, I will exalt my throne above the stars of God; I will also sit on the mount of the congregation on the farthest sides of the north; I will ascend above the heights of the clouds, I will be like the Most High” (Isa. 14:13, 14, NKJV).3 Pride and self-exaltation caused Lucifer, the son of the morning, to rebel against His Creator.

This article, however, is not about pride, but humility, even though both opposite attitudes sharpen each other’s contours. English author C. S. Lewis describes this “crossover” in his Screwtape Letters, the imaginary and eloquent advice given by a supervising devil, called Screwtape, to his nephew Wormwood, guiding him in his destructive work with a human upon whom young Wormwood focuses his devilish attention: “Catch him at the moment when he is really poor in spirit and smuggle into his mind the gratifying reflection, . . . ‘I’m being humble,’ and almost immediately pride—pride at his own humility—will appear.”4

One Moment in Time

Few events in the life of Jesus speak so eloquently to the character of our Savior as the moment when He stooped down, picked up a basin and a towel, and washed His disciples’ feet. This demeaning task was usually done by slaves. It wasn’t a symbolic wetting or a gentle rub. Following a day of walking on dusty and dirty roads, the disciples’ feet needed a proper washing. The rabbis tell us that touching feet was regarded as menial slave work and was usually assigned to Gentile slaves or women.5

Intriguingly, John’s is the only Gospel that includes this story in his account of the Passion narrative (John 13:1-17). Did John see something that escaped the attention of the other disciples? Did the enormity of Jesus’ action impress his youthful mind, leaving an inerasable mark?

Let’s try, for just a moment, to travel back about 2,000 years and join Jesus and His disciples as they shared a last supper prior to His arrest. Jesus had preached and healed and taught for more than three years. He knew (see verse 3) what awaited Him and had told His disciples repeatedly that His death and resurrection were part of the divine plan.

Now, however, He takes off His outer garments, picks up a towel, pours water into a basin, and begins to wash the feet of His disciples. Slaves washing feet could be ignored. Jesus washing feet cannot be ignored.

Simon Peter’s reaction seems to be exemplary for the larger group: “Lord, are You washing my feet?” This question requires translation, for we struggle to hear the tone in the written Word. Peter is really saying, How can You, my Rabbi, my Master, my Hero, my Messiah, kneel before me and wash my filthy feet (verse 6)? Peter is confused. Jesus, kneeling before him and scrubbing his feet, doesn’t make sense.

Jesus’ gentle answer recognizes the incongruency of the situation. In spite of His best efforts, there were many things the disciples hadn’t yet understood. But, like prophecy, they would better understand them when they saw them in the rearview mirror.

Peter still did not understand. His answer, “You shall never wash my feet” (verse 8), only considered the arguably important categories of honor and shame. Jesus changes the tone. He is now in executive mode. “If I do not wash you, you have no part with Me” (verse 8, NKJV). It’s either all or nothing.

Following a familiar pattern, Peter finally appears to get it, for he wants to be scrubbed all over. “Lord, not my feet only, but also my hands and my head,” he says enthusiastically (verse 9, NKJV). But that’s not what Jesus means. His focus is not on cleanliness. Jesus’ response aims at changing mindsets. He knows about the one who had already sold the Master to the highest bidder (verse 11). He knows what awaits His disciples in the near future. He knows that atonement requires a sacrifice.

“Do you know what I have done to you?” asks Jesus once He has finished washing the feet of His disciples (verse 12, NKJV).

What Does It Mean?

That’s a good question. Do we know, as we participate in the service of humility? Have we made space for humility in our hearts? Are we willing to kneel, metaphorically and in real life, before the people in our lives and wash their feet—even when there is tension and strife and conflict?

Here are four possible implications for the mindset of Jesus to become more visible in our families and faith communities.

1The basin and the towel challenge us to recognize that we are part of a community of equals. Jesus (and later Paul, cf. Gal. 3:28) never made distinctions based on gender, race, educational level, or the size of our offering. Paul invites us in Philippians 2:5-8 to imitate the mindset of Jesus. He chose to serve. He chose to become one without a shining reputation. He chose to become one with us. Humble Jesus challenges us to humble our hearts and serve one another unreservedly.

2True leadership is not a matter of power. It’s also not a question of strategy or careful calculation. Biblical leadership calls us to serve—not to determine or direct. Like Jesus, we are called to lead humbly and tread carefully. Too many leaders invest themselves completely into their task. That sounds like a wonderful idea. It smells and tastes like sacrifice and commitment. While God wants clear commitment, He wants even more: full surrender. Less of me and more of Jesus reduces the potential for conflict, for hurt egos, and competing personalities. As a leader in God’s church, am I willing to trust God to get it right—even without my giving Him a helping hand by pulling strings in the background?

3What do the basin and the towel tell us about the structure and processes of our faith community? Is humility relevant when we consider administrative structures, leadership elections, or policy decisions? How can we incorporate the value of humility practically into our councils and committees? How can we go beyond words and practice the mindset of Jesus in contexts in which we may not all share the same opinion? These questions challenge all leaders to their core. Structure is seldom neutral; structure has often grown organically, and growth can be painful. Humility in our reflection about structure helps us to overcome the sometimes limiting shape of tradition.

4Finally, how do humility and the example modeled by Jesus inform our thinking about mission? Too often we consider mission as “our task”—and it surely is. Jesus’ command to “make disciples” in Matthew 28:19 is directed to His church. He challenges His followers to leave their comfort zones and engage with a world whose values are often (though not always!) diametrically opposed to God’s values.

A biblical understanding of mission, however, begins with the realization that our mission is, first and foremost, God’s mission. A wise and seasoned administrator of an Adventist institution told me some years ago that “institutions have no memory.” He wanted to tell me that while we are committed to give our best to join in God’s mission, we need to recognize that we are not the lynchpin of His mission. God doesn’t need me to make a difference in the 10/40 window, but He invites me to join Him in this effort. A sense of our “humble mission” will, in fact, offer us some new breathing space and freedom.

Rather than trying our best not to think about large hairy pink elephants, we will need to get busy with something else that will move the focus of our thoughts. Will we ever know that we are truly humble? Probably not, for we will be too busy carrying basins and towels with Jesus as we serve side by side.