The Love Waiting on the Other Side I remember sitting in my seventh-grade class listening to a returned student missionary (SM) share his experiences from his year of service. It was then that I knew that I, too, wanted to serve one day.

When I began my freshman year at Walla Walla University in Washington, United States, I heard many more returned SMs talk about how their time overseas positively impacted their lives. The joy they expressed affirmed my desire to volunteer, and I reached out to the university’s mission office to begin the process.

In the spring, the Walla Walla University hosted a special vespers program for the student missionaries going out the next year. When I arrived at the church, I was told to choose a flag to carry during the ceremony, ideally for the country I’d be serving in. I had no idea what country I was going to serve in. With much uncertainty, I chose the Marshallese flag. Four months later, I was preparing to depart for Majuro in the Marshall Islands!

I was first given the date of July 11, 2021, to fly out. But less than a week before the flight, I received a message saying I couldn’t be included in the group that would begin quarantine to enter the Marshall Islands. I was placed on a list for August 22 but was later informed that I couldn’t be part of that group either.

Finally, the date of August 29 was confirmed. I felt many different emotions. I was excited to have a new flight scheduled, but part of me wondered whether I would actually leave the United States. But with God’s amazing promises and lots of hard goodbyes, it all worked out, and now I’m on my home island for the year.

The process of getting here took three and a half weeks, and I had an extremely difficult time. I spent part of the time in quarantine in a hotel in Honolulu and the other part in a government facility in Kwajalein, which is part of the Marshall Islands. Apart from my friends and loved ones, I sat isolated in a room, stuck in my thoughts. I had never felt so much doubt. One night on the phone, I asked my dad, “If this wasn’t a part of God’s plan for me, I wouldn’t be here, right?” I constantly found myself questioning His guidance.

It was only after arriving on the island and meeting my students that it became clear to me: no matter how much Satan tries to test me, no matter how many trials I have to face, and no matter how tired or stressed I become, God is trustworthy, and He does have a plan for me. He had led me to exactly where He wanted me to be.

Within a few hours of being in the first class with my students, they sang a song called “Trust in You” by Lauren Daigle, a Christian singer and songwriter. The song is about trusting God even when He doesn’t remove the difficulties we face or answer all our questions.

My students and I often sing this song together now, and it’s become my daily prayer to trust God with everything in my life. It’s a struggle, but I’m growing. The entire time I was stuck in quarantine, all I wanted was to be on the island with my kids. What was so amazing to me was to hear that they were even more excited for me to come. And now that I’m here, being showered with love, I reflect on those three and a half weeks and see that it was so worth it!

Originally from southern California, United States, Rachel Langford serves as the fifth-grade teacher at Delap Seventh-day Adventist School in Majuro, Marshall Islands. Next year, she plans to return to the nursing program at Walla Walla University to become a pediatric nurse.

Adapted with permission from stories on the Guam-Micronesia Mission website. This version was first posted by Adventist Mission.

commentary
Languishing: Have You Been Feeling Blah Lately?
Struggling to concentrate? Finding it difficult to get excited? What can you do about it? 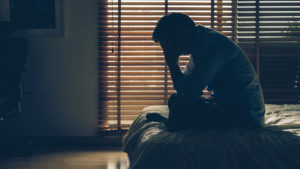 commentary
Water Means More than You Might Think
Water means food and self-reliance, education and opportunities, and protection. 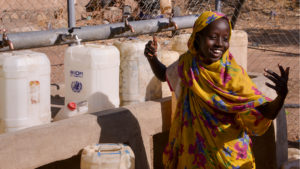 commentary
Divisions in the Orthodox World: An Unfolding Tragedy that Challenges Christian Witness
The deep religious conflict behind the Ukraine-Russia war. 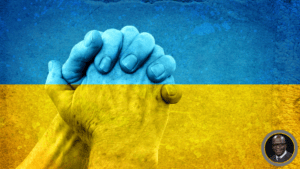