The Internal Revenue Service said it will monitor churches and other
houses of worship for electioneering in a settlement reached with an atheist
group.

The settlement was reached July 18 in federal court in Madison, Wisconsin,
where the initial lawsuit was filed in 2012 by the Freedom from Religion
Foundation, a Wisconsin-based atheist advocacy group that claims 20,000
members nationwide.

The suit alleged the IRS routinely ignored complaints by the FFRF and
others about churches promoting political candidates, issues or proposed
legislation. As part of their tax-exempt status, churches and other religious
groups are prohibited from engaging in partisan political activity.

At the time the suit was filed, the IRS maintained it was not ignoring
complaints of electioneering, but had failed to hire an official to investigate
church politicking, which it had been ordered to do in 2009 as the result of
another lawsuit.

“This is a victory, and we’re pleased with this development in which
the IRS has proved to our satisfaction that it now has in place a protocol to
enforce its own anti-electioneering provisions,” said Annie Laurie Gaylor,
FFRF’s co-president.

However, under the current congressional investigation of the IRS for
improperly monitoring conservative groups, there is a moratorium on all IRS
investigations. Still, Gaylor said the suit may be revived if the IRS fails to
police what she called “rogue political churches” after the moratorium is
lifted.

But Rob Boston, director of communications for Americans United for
Separation of Church and State, a First Amendment watchdog group, was more
reserved.

“If the FFRF has managed to wrench some concessions from the IRS over
the issue of church politicking, I think that could be very helpful,” he said.
“But the fact is, the IRS has been dragging its feet over this matter for some
time. What is taking so long?”

Indeed, in 2009, a federal court ordered the IRS to appoint a
“high-ranking official” to investigate complaints of politicking by churches
and other tax-exempt organizations. A spokesman for the IRS declined to comment
on the settlement, saying the IRS does not comment on litigation.

Without IRS confirmation, it is unclear if anyone has been hired.

“I see no signs of progress,” Boston continued. “If the IRS has indeed
formulated a new rule for church audits and a process that could lead to a
crackdown on the blatant forms of church-based politicking that we have seen,
that information must, by law, be published in the Federal Register. I hope to
see it there soon.”

Of particular concern to FFRF and other First Amendment advocacy
organizations is “Pulpit Freedom Sunday,” a project of Alliance Defending
Freedom, which focuses on freedom of religion issues. On Pulpit Freedom Sunday
— which was last held in June 2013 with the participation of more than 1,100
churches — pastors are encouraged to advise their congregations on political
matters, such as marriage and abortion rights, and even endorse or oppose
candidates.

The Freedom from Religion Foundation is widely seen as the most
litigious of the dozen or so national atheist advocacy groups. It claims to
have brought 40 First Amendment lawsuits since 1977 and is currently involved
in legal challenges to a Ten Commandments monument, graduation prayers and a
Catholic shrine on public land. 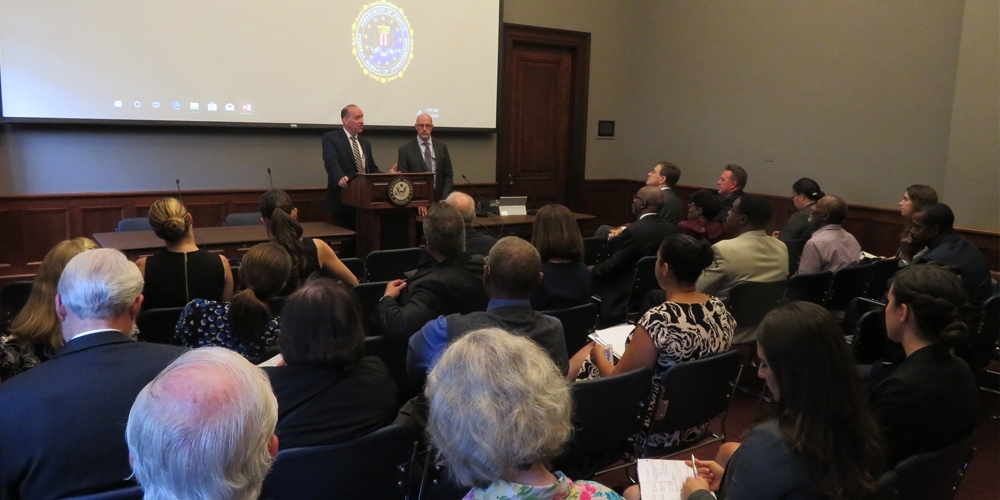