A long-standing row between the Jerusalem
municipality and Muslim officials over the decibel level of prayers emanating
from the city’s mosques at prayer times has intensified after reports that the
city will begin monitoring for noise pollution.

While the issue isn’t unique to Jerusalem, it is
a particularly sensitive matter in this city, where Jews, Muslims, and
Christians, live in close proximity; both Israelis and Palestinians claim it as
their capital.

The call of the muezzin, broadcast by
loudspeakers on nearly 200 minarets, can be heard across Jerusalem’s hills and
valleys, especially in the middle of the night, when the rest of the city is
asleep.

News that the city’s municipality plans to create
a task force to measure noise levels in the city’s mosques angered the city’s
most senior Muslim official. “Mosques in Palestine in general, and in Jerusalem
in particular, have been targets of a vicious campaign by the occupation
authorities,” Muhammad Hussein, the grand mufti of Jerusalem, said in a
statement on March 2, according to the Palestinian
Ma’an news agency.

Hussein accused “the occupation authorities” of
trying to “efface all Arab and Palestinian landmarks in Palestine and replace
them with Jewish landmarks.”

A Jerusalem spokesperson said the city has
received numerous complaints about excessive noise from mosques through the
years and has earmarked $57,000 for a pilot noise-monitoring program to begin
later this month.

Israeli media reported that mosques exceeding
legally permitted noise levels will be given devices to lower the volume.

Moshe Mordechai, a resident of Armon Hanatziv, a
Jewish neighborhood situated next to a couple of Arab villages in east
Jerusalem, said the prayers and sermons broadcast Friday from the mosques over
huge PA systems is “deafening.”

“I believe in freedom of religion,” Mordechai
said. “But this is truly noise pollution.” 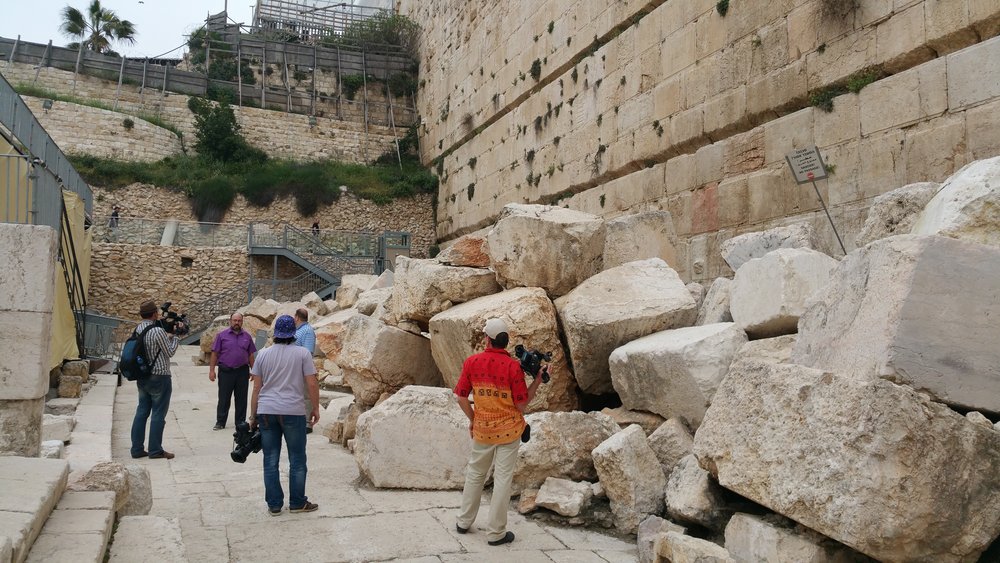