A funeral took place October 21 at the same Coptic Orthodox church in suburban Cairo, Egypt where four Christians were gunned down at the end of a wedding on Sunday October 20.

Two girls, ages 8 and 13, were among those killed when gunmen drove by the Virgin Mary Church in the Warraq area of Cairo and sprayed bullets into a crowd of worshippers leaving the building, according to The Associated Press.  A morgue officials said all of those killed were Christian Copts, and 17 people were wounded, reported Agence France-Presse.

Those killed were reportedly related to each other.Prime Minister Hazem Beblawi condemned the attack in a press statement, saying, “Such terrible acts will not succeed in dividing Muslims and Christians.”

Muslim groups, including the Muslim Brotherhood, also condemned the killing, and the two or three gunmen have not been identified. Islamic extremist supporters of former Egyptian President Mohamed Morsi, who was backed by the Muslim Brotherhood, have targeted Egypt’s Christians since his ouster on July 3 and again after the Aug. 14 dispersal by security forces of sit-in camps of the now-banned organization.

Islamists have accused Coptic Christians of backing the military ouster of Morsi.

Church members reportedly said there has been no security at the church since June.

Since the August 14 crackdown, more than 200 Christian-owned properties have been attacked and 43 church buildings damaged in Egypt, according to Amnesty International.

A witness told the AP that the gunmen fired on the crowd for five minutes. He added that ambulances didn’t arrive for 90 minutes, and that police arrived only after that.

world-news
​St. Louis Police Investigate Possible Racial Motive in String of Church Fires
world-news
​Evangelicals and Muslims Commit to Oppose Religious Bigotry
world-news
​Many Conservative Rabbis Open to Officiating at Intermarriage
Magazine Article
My Kind of Church
Close your eyes. Is your church accessible to those with disabilities? You don’t know, do you? Voices
To Understand and To Be Understood
Building bridges of understanding in our communities and in society in general.
News
Largest Adventist Community Center in the Middle East Opens in Egypt 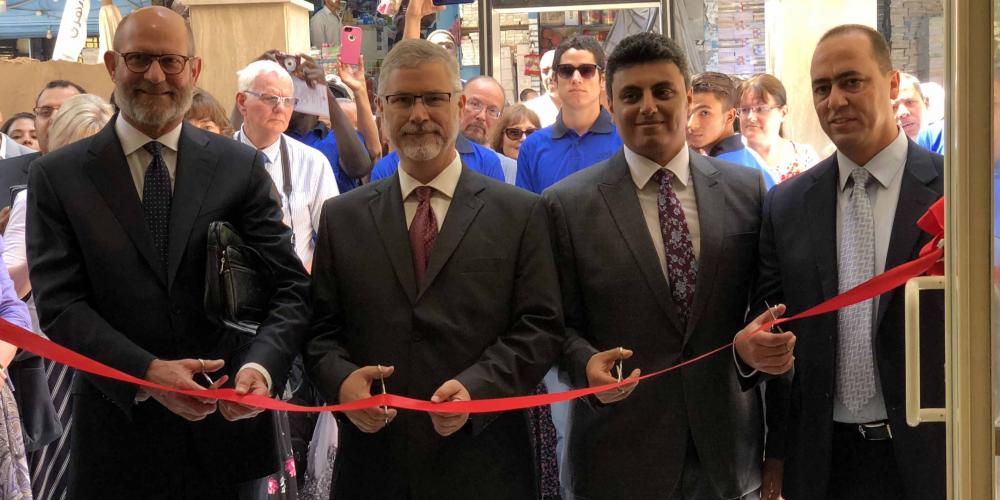