Why the Bomb Did Not Explode 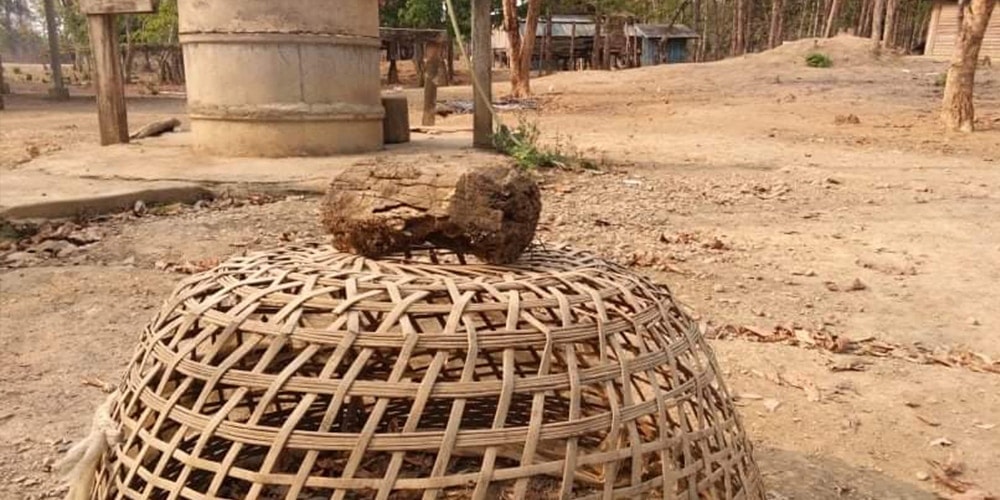 Htay Soe and his wife, Hla Chit,* are working as teachers among the Karen people in the jungle of Myanmar. Htay Soe and Hla Chit’s dedication to teaching encouraged many young people to commit themselves to study and prepare for the future. The parents of the children loved the couple very much because of their passion and dedication to teaching their children. There are about 170 students in kindergarten and grades 1 to 8 in this village of about 120 bamboo houses.

Htay Soe is the principal, and his wife is the registrar. Hla Chit is a Lal-hu woman from the Shan state, but her several years of working with the Karen people have enabled her to talk in Karen, winning the hearts of people in the village.

One day, the school had a graduation exercise for the eighth-graders. Htay Soe invited several guests to commemorate the event and to make it memorable for the children and their families. Parents were glad to see their children’s accomplishments through the work of Htay Soe and Hla Chit.

A few days after the graduation, Htay Soe’s son became sick. He needed to take him to the nearest clinic, which was three hours away by motorcycle. Htay Soe was very worried. With his family, he prayed for healing, and then they set out for the clinic. His son’s fever did not subside, so they rode on. After three hours, his family reached the clinic.

While they were in the clinic, Htay Soe received a call from the school pastor telling him to go back home before sunset, because there was an impending conflict between the Karen and the Burmese soldiers. As soon as he got his son’s medicines, he took his wife and son and headed home right away.

On their way home, the couple noticed that trees along the road had been cut down. They had to drive around obstacles. They came to a spot where the road split into two. Someone had told Htay Soe that the easier road was planted with land mines.

From a distance, they could hear that the fight had started. Htay Soe and his family knelt and prayed in the middle of the road for God’s protection and guidance. With renewed courage and confidence in Christ, Htay Soe chose the difficult road.

He drove along this difficult road and before long, Htay Soe and his family made it home safely. His nephew was delighted to see them back, because he was very afraid to be alone in the house while the fighting was going on.

Htay Soe and his family were exhausted, so he asked his nephew to fetch some water for them. Htay Soe wanted to start cooking, so he decided to go to the bunker to get some firewood.

When they were about to leave the house, Htay Soe heard a very strange sound. A few seconds after that, he saw smoke coming out of the ground close to his house, just a few meters away from where he was standing.

When he realized that it was a bomb, Htay Soe shouted, “Lie down!”

There was silence. As the seconds passed, they heard nothing. There was no explosion. He walked close to the hole. There was no smoke. He looked closely, and he found that it was a bomb that didn't explode. It was a relief to everyone in the village.

Late that night, two soldiers came and checked the bomb. It had penetrated the ground to a depth of about three feet. They didn’t want to do anything about it, for it might cause casualties. It was dangerous.

The soldiers stood for a while, analyzing the situation. Why did the bomb not explode? Then one of the soldiers asked, “Are you a Christian?” Htay Soe said, “Yes, we are Seventh-day Adventists.”

“That explains it!” the soldier said, “Your God is very powerful! If this bomb had exploded, nobody would be alive within 100 feet [30 meters].”

The two soldiers said, “This is not our bomb,” and left without doing anything to it. Htay Soe stood for a while, trying to absorb the words of the soldiers. He knew that God had protected everyone in that village. No one can explain why the bomb malfunctioned, but he knew in his heart that His God had intervened.

Htay Soe made a bamboo basket and put it on the top of the bomb hole so that nobody would approach it. He told everyone not to touch or remove the basket because this hole is very dangerous.

That day, the whole village witnessed a miracle that proves who God is. The entire village was amazed by the power of God. They began to worship with the Htay Soe family.

* Not their real names.