Whose Business Is It When Someone Is Dying? 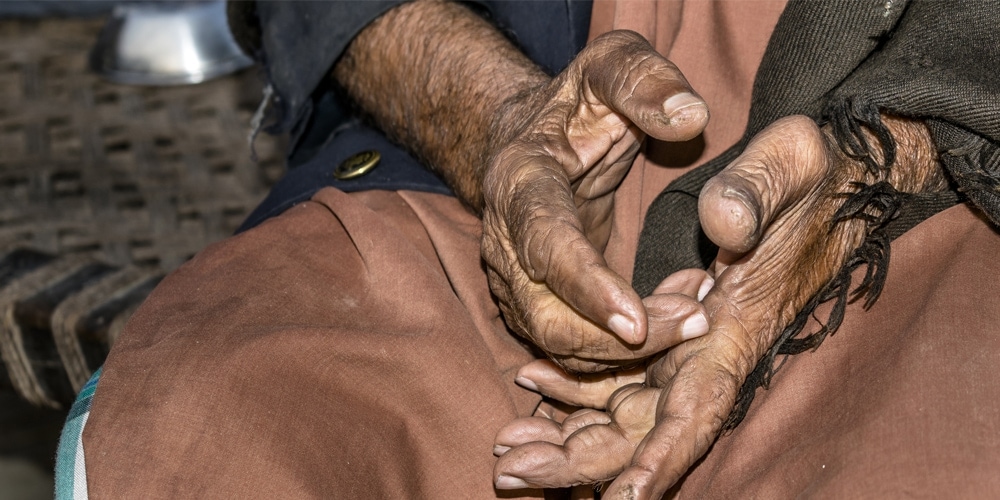 By Meiring Pretorius, as told by Ilunga Kazembe, Light Bearers, and Adventist Review

It was a Sunday. I was going home after visiting some students who were enrolled to study Bible lessons in northern Zambia. I passed someone standing by the doorway of his house. He greeted me and asked if I knew that at his neighbor’s house was a very sick person. The hospital had sent him home because there was nothing more they could do.

“So what?” was my response.

He asked me to come and pray for the dying man.

“Can’t you pray for him? You are his neighbor,” I answered.

“I don’t know where to start from,” he replied. “You are a Christian, and it’s not my business.”

I turned off and went to see the sick person. The man was dying indeed. His body was only loose skin hanging on his bones. When I greeted him, he could not even answer. The room smelled terrible. Death was in the air. Flies were everywhere. I could not bear it for long.

I went out and started talking to the relatives who were seated outside. I asked them questions about the patient and what the problem was.

“Why do you keep this man in such a situation at home?” I inquired.

They told me that the hospital had done everything possible, but there had been no improvement. I spoke to them about using natural remedies and some activated charcoal. We prepared it and gave it to him. It was getting late already, and I decided to go home.

Early the next morning, I went to check on the man. His condition had not improved, and his bed was stained with charcoal.

Two weeks later, relatives relaxed their caring efforts. The neglect was visible. It was my opportunity for me to make friends with him. We prepared some wholesome food, and he enjoyed a good meal. After a few days, he started feeling stronger. He was able to stand up again and walk to the toilet by himself. One day he asked me if I could teach him how to pray. In response, I asked if he was a Christian.

“Yes, I am, since yesterday!” he shared, to my surprise. He had accepted Christ as his Savior the previous day. Now he wanted to learn how to pray. “I have something to tell Jesus,” he said.

We talked of Jesus, and I enrolled him in Bible lessons. Within three days, he completed six lessons and was able to pray. When I took the seventh lesson to him, he seemed happier than ever. I wondered why. He told me that he had prayed for me the previous night. He wanted me and not someone else to bring the next lesson for him. He needed to talk. We talked of life in God’s new world.

The next morning, his family members found him dead, kneeling in front of his bed. Word was sent to me that my friend had passed away. The family asked me to conduct the funeral.

After the burial, one man approached me and asked if he could visit me with six friends to have a Bible study. They had some questions from the sermon I preached during the funeral. Seven people came for the first study.

The next meeting was held at that man’s house, and the group increased from seven to fourteen. During our third meeting, our group grew even bigger—21 students. Fourteen decided to study the Bible lessons. One became sick and could not continue coming to study. My wife and children took over the Bible study, and six more enrolled.

Praise our Father! A dying man gave his heart to Jesus, and many other lives were also changed.

It is our business to share the love of God with others.

The original version of this testimony was posted on the Light Bearers blog.