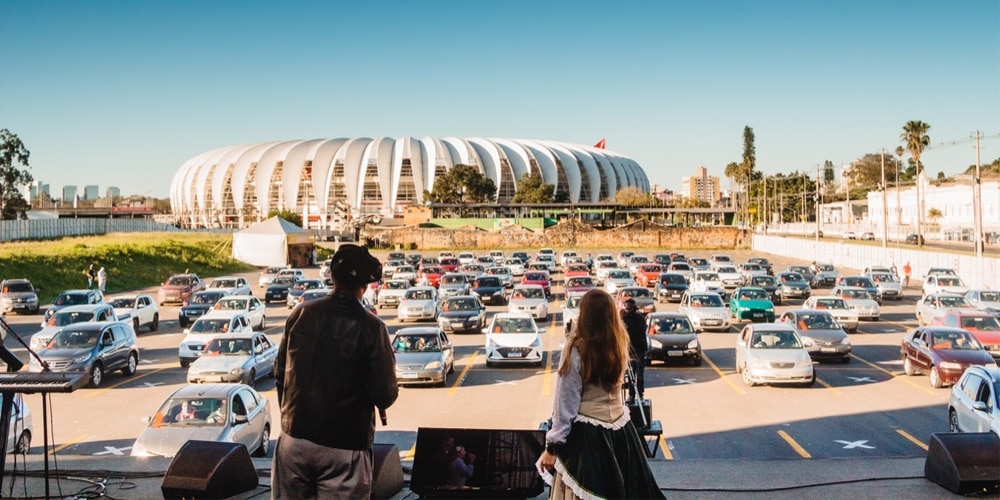 In Brazil, the ride-hailing app market is booming. According to a recent survey, passengers like the service advantages, including reduced price, ubiquity, and speedy response.

Everton Neves has worked for a app-based ride-hailing company for two years in Porto Alegre, in southern Brazil. On Sunday, September 20, 2020, Neves received a strange request. The passenger said she would like Neves to stay while she attended an event.

“It was unusual for me, because the person I took wanted the ride but asked that I stay at the event,” Neves said. “At first, I didn’t really understand if she wanted me to take her and get out of the car, or what she was thinking, until she said that there would be four people, counting me,” the driver explained.

When Neves arrived at the site, he soon realized it was not just any program. He saw it was a drive-in event organized by the Seventh-day Adventist Church. Neves enjoyed the 90-minute program, including a message by South American Division communication director Rafael Rossi, and special music items.

“Until a few hours before, I didn't know what was going to happen,” Neves said. “For me, I was just going to work, do my job. But when I got there, I saw that it was an encounter with God.”

The person who requested Neves’s driving services was Zeli Ferreira, who has been an Adventist church member for 28 years. Ferreira said that the church service benefited and touched every person in the car, including the driver.

“I saw that he felt touched. He saw a scarf investiture of the Pathfinders, and we had the opportunity to talk a little about their activities, since Everton has a child in this age group,” she said.

When the drive-in event ended, Neves thought about his family, saying to himself, “I wish they could also experience that.” But he did not share that desire with anyone. However, he was surprised by a new invitation.

“When it was time to leave, without my asking, a young man who was an Adventist member passed an invitation through the car window, in case I wanted to bring someone to the afternoon session. Then, at the time, I said, ‘Glory to God, I had already thought of that!’ I was supposed to come back with my family, and I came back.”

Neves’s story reached the Pathfinder event organizers, who presented Neves with a one-year subscription to the Adventist magazine in Portuguese for children, Revista do Nosso Amiguinho (Our Little Friend).

Ferreira said she was very happy with the result, but understood that her part should not stop there.

“I have already invited [Everton] to attend the next drive-in with his family, which will be held on October 24 at a site in Gravataí,” she said.