​The Neighbor in My House 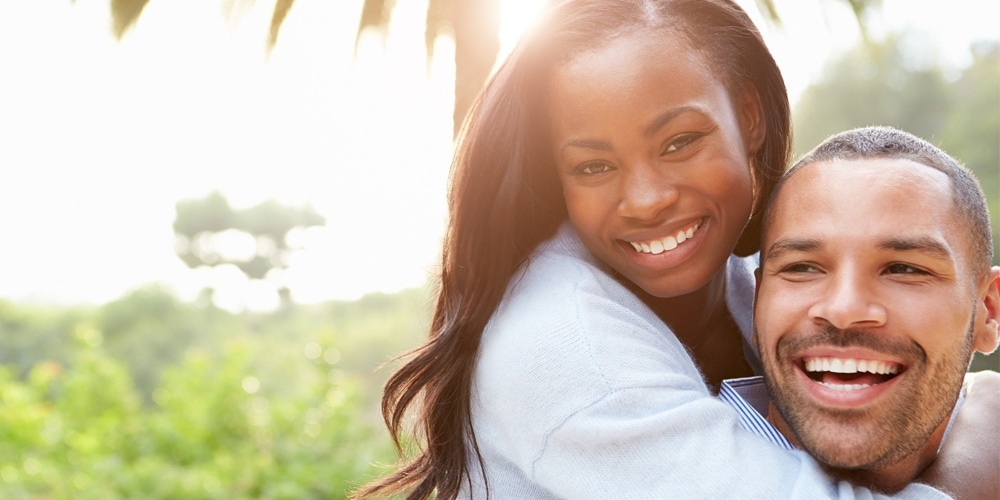 In the first, a mom with three daughters marries a dad with three boys, and they all live happily ever after. In the second, a mom and a dad sit on the couch and fling insults back and forth in front of their two kids, all the while touting the values of “love and marriage.”

Although these scenarios might seem like far-fetched examples of the modern family, these marriages were on the TV pedestal for millions of young Americans beginning in the 1960s.

Shows like The Brady Bunch (originally broadcast 1969-1974) highlighted the experiences of a family that, despite all odds, produced a perpetually perky marriage. Mike and Carol weathered every family crisis with ne’er a cross word or a frown of disapproval. Perhaps during the upheavals of the 1970s, the world wanted a show in which all problems, no matter how difficult, could be neatly solved in 30 minutes.

Years after the rapid success of The Brady Bunch, television producers sought another show that highlighted family life. Amid a sea of burps, one-liners, and catty insults, Al and Peg Bundy of Married . . . With Children (1987-1997) focused on another side of marriage—total disrespect. The Bundys represented the cynicism and flippancy toward commitment at the other end of the marital spectrum. No cheery hugs here. Sure, you have the comfortable familiarity of family, but that’s about where the good stuff ends.

As much as we hate to admit it, our views of marriage (Christian or not) are shaped by the media. True, we don’t expect marriage to be the idyllic life of the Bradys or the vulgar life of the Bundys. On the other hand, I can recount the tales of many single friends who, in the deepest recesses of their mating minds, expect marriage to be a land of bliss, romance, candlelight—the stuff that dreams are made of.

Unfortunately, Hollywood fully exploits such ideals. From the earliest movies of the twentieth century until now, many of the biggest blockbusters follow the same basic plotline: Man meets woman. They fall in love. They face some minor obstacle on their path to happiness. They overcome it, get married, and live happily ever after. Sappy, yes, but even today’s critical audiences turn out en masse to view the latest romantic comedy, despite its predictable ending.

Many of my friends wholeheartedly embrace these values, though they’d hasten to deny it. They might be surrounded by hordes of potential Christian companions, and yet they seek "THE ONE”—good-looking, brilliant, rich, unselfish . . . the list goes on.

I know all about those “list” types. I used to be one, on my quest for “the one.” But I found out through sometimes painful experience that if you’re looking for all the sparkle of romance without the nitty-gritty of work in marriage, you’re bound to be disappointed.

Despite the popularity of The Brady Bunch, there is no happily ever after following the wedding. There are good days and bad days; times when you ache to see your mate, and times when you’ll find any excuse not to come home. You will see sides of that “perfect” person that make you realize that everything you learned from The Brady Bunch is Hollywood hogwash.

So, if you’re looking for that perfect person, realize that they’ll stay that way only as long as you hold them at arm’s length. With increasing intimacy comes increasing veracity.

What I Learned After “I Do”

As an expert (based on just a few years of marriage), I have arrived at some conclusions about married life. Like Mike and Carol of The Brady Bunch, you will experience tender moments of heartfelt goodwill and cheerful self-sacrifice for your spouse, times of candlelight, music, and passion. However, you’ll also be subject to Bundylike moments of marital grunt-work (hopefully without the belching and insults), days filled with bills, laundry, groceries, house payments, jobs, and responsibilities. Marriage seems to be the melding of both elements—romance and partnership—but the best Christian marriage can edify you, mold you, and inspire you to become a better person.

Before I got married, I threw myself into learning all I could about marriage. I read every book in the relationship section of Barnes and Noble. I grilled married couples about their lives. My husband-to-be and I aced our premarital counseling sessions. And of course, I tried to recall the wisdom Hollywood offered on marriage from various movies and TV shows. But somehow, all of that work couldn’t fully prepare me for what marriage really was. The Bradys and Bundys seemed to miss some of these pivotal truths:

1. I’m not as nice a person as I once believed. Let’s face it. Do we act as perpetually cheerful as Carol Brady? Probably not. When it comes to real marriage, most of us will discover that, unlike Carol, we’re a little set in our ways. We like things the way we like them. Being single generally doesn’t disturb our way of living because there’s no one else’s opinion to consider when deciding “Should I squeeze the toothpaste from the middle or the end?”

Avoiding conflict is decidedly easier in casual relationships because we’re with those people for only a few hours a week. Not so in marriage. Day in, day out, same person. We can’t hide your flaws so easily, nor should we have to. Marriage should be founded on the truth, and sometimes that leads to painful revelations. Our annoying habits, our crazy ideas, and our irritating inconsistencies will hit the spotlight in all their glory (as will your mate’s).

Don’t panic! Getting past the “We’re so perfect” stage of infatuation doesn’t have to be an exercise in self-torment. Honesty within marriage leads to greater accountability. Which leads to . . .

2. I’m not responsible for just me anymore. Both the Bradys and the Bundys held some sense of collectivism, the “we’re in this thing together” spirit. But responsibility in marriage is about more than just sticking up for each other when times get tough. Marriage, and, most important, Christian marriage, is about accountability. The best marriages challenge us to become less selfish, more caring, and more Christlike individuals. So when I lose my temper and say something unkind to my husband, he can help me learn the lesson of humility by providing an accepting atmosphere in which to apologize.

The wise man wrote: "Two are better than one, because they have a good return for their labor. For if either of them falls down, one can help the other up. But pity anyone who falls and has no one to help them up” (Eccl. 4:9, 10). This goes for spiritual failures as well. It can be easy to brush away spiritual slipups when no one knows but you and God. Marriage, however, provides the ideal atmosphere in which to lift each other up after the falls in life.

We often think of “neighbor” in very literal terms—as the individuals living on either side of our abodes. And our views about how to love our neighbor usually entail outward actions, such as smiling at those around us, biting our tongue when we have a critical comment, or
giving banana bread to the sick. It can be marvelously easy to act in a “loving” way toward our casual acquaintances, our fellow church members, even our relatives. We might pat ourselves on the back for so easily fulfilling God’s commandment to love our neighbors.

But as I pondered the words about loving our neighbors, I started to wonder, as did the lawyer in Jesus’ time, Who is my neighbor? I realized that my closest neighbor actually lives under my own roof, shares my toothpaste, and hogs the sheets at night.

Is it always easy to love your spouse? Let me ask this: Have you ever had a day when you wake up late, get caught in traffic, miss a deadline, and leave work utterly exhausted? You run into a friend at the grocery store, put on your plastic smiley-face mask (à la Carol Brady), and cordially inquire about their spouses and kids with the greatest of ease. Then the moment you walk through your own front door, BAM! Out comes Oscar the Grouch. Plastic smiley-face masks are long gone as the real “you” suddenly appears.

When you’re honest with yourself, you may discover that the person you are in marriage is the closest to the “real you.” This is the “you” when all the masks come off, when the artificial Carol Brady niceness has been put away.

If you’re honest enough to take a close look at the “you” your spouse knows, you might admit that they don’t always see the most pleasant version, and you certainly don’t treat them as courteously as the friend in the grocery store.

In my marriage, I’ve realized that there are days when I simply don’t feel like being “chipper”; when an entire day filled with chatty teens has left me bereft of words. On those days my spiritual values and my Christianity are tested. Can I act on the values that I claim to hold? Despite feeling otherwise, can I truly love my spouse?

The best marriages are “based on full confidence, based on complete and unqualified frankness on both sides . . . there’s no deception underneath it all. If I might so put it, it’s an agreement for the mutual forgiveness of sins.”1 If marriage is for the mutual forgiveness of sins, then marriage also provides the perfect forum in which to practice everyday Christianity. If we can’t forgive our spouses, we certainly can’t forgive our neighbors; if we can’t act lovingly toward our spouses, we’re not fulfilling God's commandment to love our neighbor. Marriage gives us a daily opportunity to act on the values that we claim to profess as Christians. “Having a great marriage gives you an opportunity like no other to practice generosity, love, understanding.”2

Have you ever heard someone pray, “Forgive us our sins as we forgive our spouses”? Probably not. It’s a dangerous prayer to pray. But that’s the essence of the gospel—forgiveness at all times, primarily with the people who can hurt us the most, especially when it’s not easy. Forgiveness costs something. It might cost our pride, our smugness, or our ability to gloat. But being able to forgive and be forgiven is intricately tied up in our ability to give and receive love.

Jesus addressed this issue when He spoke to Simon after Mary had anointed His feet, saying, “Whoever has been forgiven little loves little” (Luke 7:47). If we don’t realize that we’re forgiven, we can’t forgive others. And if we can’t forgive others, we are incapable of true love, which is the essence of successful Christian marriages.

I like to think of marriage as the dress rehearsal for our Christianity before we act it out in the real world. If we can love our spouses when times get tough, if we can forgive them when we just don’t feel like it, we are on the path to loving our neighbor. We begin to view your marriage as more than just a convenient relationship, but as a set of divine appointments to act on our Christian principles. “When your life and relationships revolve around a compelling set of spiritual values . . . then every interaction—pleasant or unpleasant—between you and your mate becomes another opportunity to pursue those very principles and qualities you hold most dear.”3

When viewed in that light, Christian marriage is the most important “thing” we’ll ever do, the stage on which we practice what we preach. And although our problems won’t be solved in 30 minutes, as were those of the Bradys or Bundys, we can weather the good times and the bad when you and your spouse share the journey of authentic Christian living.

Laura K. Larssen wrote this when she was pursuing a master’s degree in teaching.