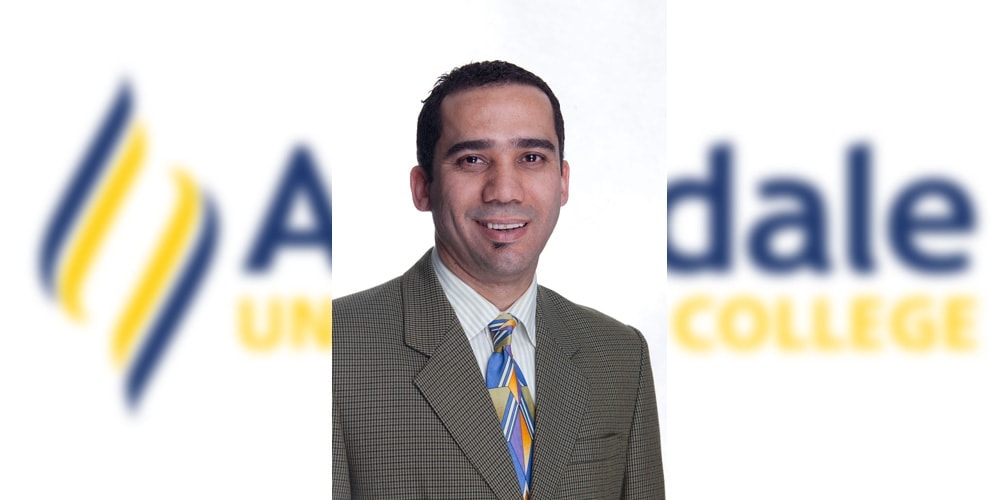 By: Kayle B. de Waal

The tragic and senseless killing of George Floyd in the United States on May 25 has brought the issue of racism and police brutality to the fore once more. His murder has reached deeply into the hearts of people all over the world. It has sparked anger, disgust, and protest, first in Minneapolis and then across the globe, from hundreds of thousands of people.

Racism is defined as “prejudice, discrimination, or antagonism directed against someone of a different race based on the belief that one’s own race is superior.” In short, racism is sin, and because it is sin, it doesn’t always manifest itself as it did with Derek Chauvin pinning George Floyd down with a knee on his neck. Rather, it manifests itself in subtle and nuanced ways in institutional prejudice toward people of color by limiting access to student loans or serving up minimal community municipal services. It has shown itself in systematic racism through overt redlining in the past and by digital and reverse redlining in the present. It manifests itself on the personal level in the false assumption that you are superior to me, or that I am better than you.

It displays itself in subtle antagonism toward the advancement of people of color. Its selfishness is hidden under the pretense of sophistication, corporate tokenism, societal niceties, shallow acquaintance, and the occasional explosion of rude, raw, and rotten nature through confrontation, violence, and, yes, death.

Because I was born and raised in South Africa, and because I’m a person of color, I know firsthand what racism looks like — how easily it is dismissed by white folk. “Oh, apartheid wasn’t that bad,” they murmur, not wanting to acknowledge their privilege or the inequality and injustice the system bred. I’ve witnessed the dehumanizing conditions under which Blacks have lived for decades.

The truth is, in every place I’ve worked — New Zealand, Australia, and South Korea — I’ve seen racism. The current protests are global because racism is part of the human condition. That’s why I know that my own heart is far from good, far from noble, and that I’m in desperate need of grace.

On a personal level we acknowledge sin, and we confess and repent. The Lord forgives and restores us (1 John 1:9), and we press forward to the prize of the high calling in Christ (Phil. 3:14). But because racism is personal and societal, structural and systematic, and because contemporary Blacks and people of color have endured decades and centuries of racism, it can’t be dismissed. We can’t say All Lives Matter, because all lives have not mattered. We can’t say, “We’ve spoken about racism, now let’s move on,” because Blacks have experienced and are experiencing racism now. Our culture and nations are still unjust and unequal.

The Galatian church had struggled with following Paul’s teaching on righteousness by faith because some troublemakers from Jerusalem had infiltrated the church and begun to champion another gospel (Gal. 1:7, 8). These provocateurs advocated that salvation could be attained by faith in Jesus plus obedience to certain Jewish practices. Paul recounts his meeting with the Jerusalem leaders in Galatians 2:1-10 and contends that when he finally met with them about his evangelism among the Gentiles, they endorsed his God-given role. Then he talks about an encounter with Peter, recorded in verses 11-14 (NIV):

When Cephas came to Antioch, I opposed him to his face, because he stood condemned. For before certain men came from James, he used to eat with the Gentiles. But when they arrived, he began to draw back and separate himself from the Gentiles because he was afraid of those who belonged to the circumcision group. The other Jews joined him in his hypocrisy, so that by their hypocrisy even Barnabas was led astray. When I saw that they were not acting in line with the truth of the gospel, I said to Cephas in front of them all, “You are a Jew, yet you live like a Gentile and not like a Jew. How is it, then, that you force Gentiles to follow Jewish customs?

Peter had come to Antioch to check out the good work that Paul was doing. In all likelihood, this occurred after the Jerusalem Council described in Acts 15. At Antioch, Peter discovered Jews and Gentiles eating together, and so he joined in. He no doubt recalled the rooftop vision of the sheet when God told him, “Do not call anything impure that God has made clean” (Acts 10:15, NIV).

When the circumcision party arrived from Jerusalem, however, Peter distanced himself from the Gentiles with whom he had previously been fellowshipping. In first-century culture, eating together demonstrated social acceptance. Peter was more afraid of people (Gal. 2:12) than he was of God. Here’s Peter, born-again, filled-with-the-Holy-Spirit Peter, acting as a hypocrite. He assumed that because he was superior to the Gentiles, he could treat them in any way he pleased. He could eat with them when no one important was watching but didn’t need to eat with them when someone important was watching. His behavior wasn’t determined by his convictions but by the actions of others, or their proximity to him. Peter and those who followed his example knew they were wrong but pretended they were right. Paul states that even Barnabas, who is otherwise always depicted in a positive light in the New Testament, was led astray (v. 13).

Peter’s hypocritical actions reveal his ethnocentrism and racism. If, as we have suggested, racism is insidious and subtle, then Peter was demonstrating his ethnic and racial bigotry by his actions toward Gentiles. To save face, Peter chose not to listen to the Spirit, nor to the vision he received from God in Acts 10. Instead, he chose to follow his sinful nature, distancing himself from Gentiles because of the visit of the troublemakers from Jerusalem.

The candid description of Peter in Scripture serves as a witness and encouragement to us all. Scripture doesn’t hide the flaws of its leading characters. On the one hand, Peter can declare that Christ is the Son of God (Matt. 16:15-17). On the other, Jesus can rebuke him (vv. 22, 23). We see his betrayal of Christ in the gospels (Matt. 26:69-75), and we hear the tender invitation of Christ for the disciples and Peter to come and meet Him in Galilee (Mark 16:7). We read of Peter’s powerful preaching in Acts 2 and now his failure in Galatians 2. In spite of Peter’s weakness and failure, God still used him.

The Transforming Power of the Gospel

Paul lays down a powerful principle in dealing with Peter’s racial pride. He argues that Peter hasn’t been acting “in line with the truth of the gospel” (v. 14, NIV). The truth of the gospel is the immeasurable and unfailing love of God for all who believe (Gal. 1:6, 15; 2:9a, 16, 21), and thus, the freedom of Gentile believers without the imposition of the law (Gal. 2:4, 5). The phrase “in line” is a translation of orthopodeō, the basis for our English word “orthopedics.” It means “to walk straight or upright.” It denotes unwavering, upright, sincere conduct—not the unsteady, hypocritical course followed by Peter.

In effect, Paul was saying that the gospel provides power for righteous living (Rom. 1:16). The gospel must be applied, therefore, to every aspect of our lives — spiritual, corporate, social, and physical — by our living out the “lines” or implications of the gospel. Paul writes in Philippians 2:12, 13: “Therefore, my dear friends, as you have always obeyed — not only in my presence, but now much more in my absence — continue to work out your salvation with fear and trembling, for it is God who works in you to will and to act in order to fulfil his good purpose” (NIV).

We work out the lines of the gospel as we
live our lives each day in and through the work of God in us. The gospel must be given a “workout” in every area of our thinking, relating, serving, feeling, and behaving.

Confession and repentance are what make the gospel operative in our lives through the power of the Holy Spirit. Confession and repentance build bridges, foster unity, and deepen relationships. It takes courage — courage God will supply — to confess and repent. Repentance is godly sorrow (1 Cor. 5:7). That sorrow acknowledges that I’m a broken sinner, that my life is deserving of death, eternal death, and that I’m in desperate need of a Saviour who can rescue me, redeem me, and restore me. That sorrow never leaves, but it deepens as my walk with Jesus matures — not because of the wrong things I’m doing but because the closer I get to Jesus, the more I see how far I actually am from Him. The paradox of the Christian journey is that we never arrive, at least until the Lord returns.

The immeasurable and unfailing love of God manifested in the gospel of Jesus Christ empowers new living. Repentance is turning a corner, changing direction, and heading in a new path. We need to repent of our racism — corporately, personally, socially — to make this world a better place. Repentance is a movement of God’s Spirit deep in my heart that brings a godly sorrow — sorrow that changes the direction of my life, my society, my church, my workplace, my family, and my culture. Only God can do it, if we are willing!

Growing into Christlikeness — sanctification — is a life’s journey. Ellen White writes: “All true obedience comes from the heart” (The Desire of Ages, 668). The Lord desires the continual transformation of our hearts on this journey.

Sanctification isn’t about getting to heaven but about getting heaven into me. Paul urges Timothy to “fight the good fight of faith” (1 Tim. 6:12), not the bad fight of sin. May we continue to fight this good fight of living our faith, with the power that God supplies, so that Jesus Christ will be revealed and His mission will advance.