The Day It Rained Ash and Stones Located just 31 miles (50 kilometers) south of Manila, the capital city of the Philippines, the Taal volcano is the second most active volcano in the country.

On Sunday, January 12, 2020, Taal suddenly began to erupt. Seismologists in the Philippines said that the speed of the escalation of Taal’s volcanic activity caught them by surprise.

Throughout the night, ash rained down on the surrounding provinces, resulting in slippery roads and dirty windshields, which caused multiple accidents. In the days that followed, people living within an 8.5-mile (14-kilometer) radius of the volcano’s crater were evacuated from their homes.

Nadelia was working as a housekeeper at a home near the volcano when it began to erupt. At around 3:00 p.m., her employer told her that authorities had raised the threat level, and it was time for her to contact her family and make arrangements to get outside the danger zone.

She called her husband and told him to gather their kids, pack at least two changes of clothing for each of them, and secure the house before coming to pick her up at work so they could evacuate.

It was 5:00 p.m. when her husband and kids arrived in their “tricycle” (a typical vehicle in the Philippines made by attaching a cart to the side or rear of a motorbike). The family got stuck in a traffic jam on the road with other cars and tricycles desperately trying to evacuate the area. Stones and mud from the volcano rained down on them. At around 6:30 p.m., Level 4 was announced over the radio. They decided to get off the road and look for shelter. Luckily, a family friend lived close by.

“I wasn’t able to sleep that night. The ashes and rocks from the volcano were hitting the roof, and the ground kept shaking. I just prayed the whole night for the roof to hold up and for us to be saved. The power had gone out, and we were not able to see anything during the night. The only time we saw the full extent of the damage was early the next morning as the sun came up. Mud and ash covered everything! The road, the trees, the houses, the plants — everything.

“We tried our best to clear the area surrounding the house. After a few hours, we dug out our tricycle, got it going, and set out to try and find an evacuation center. Our friend who had given us shelter for the night joined us.

“We had not traveled far before we met up with the military, who pointed us towards Tanauan City, about 9 miles [15 kilometers] from where we were. There, we would be safely out of the danger zone and would be able to check into an evacuation center until the alert level was lowered. It took us a few hours to get through all of the mud and debris on the road, but we finally made it to the Old City Hall in Tanauan. We were extremely thankful to make it safely to the shelter with no injuries or loss of life!”

The Adventist Development and Relief Agency (ADRA) offices in the Philippines is located close to the volcano but was outside the 8.5-mile (14-kilometer) evacuation zone. ADRA staff worked with the Cavite Adventist Mission, the South-Central Luzon Conference of Seventh-day Adventists, and several government agencies to plan their response.

In the weeks that followed, ADRA provided bedding kits to 1,192 of the families located in the evacuation centers, as well as cash assistance of 1,500 to 2,250 pesos (about US$29.50 to $43.25) to families so they could meet their immediate needs. Additionally, thousands of face masks were distributed to those in the area.

Support of ADRA’s emergency relief fund enables the agency to quickly help families like Nadelia’s during times of crisis. 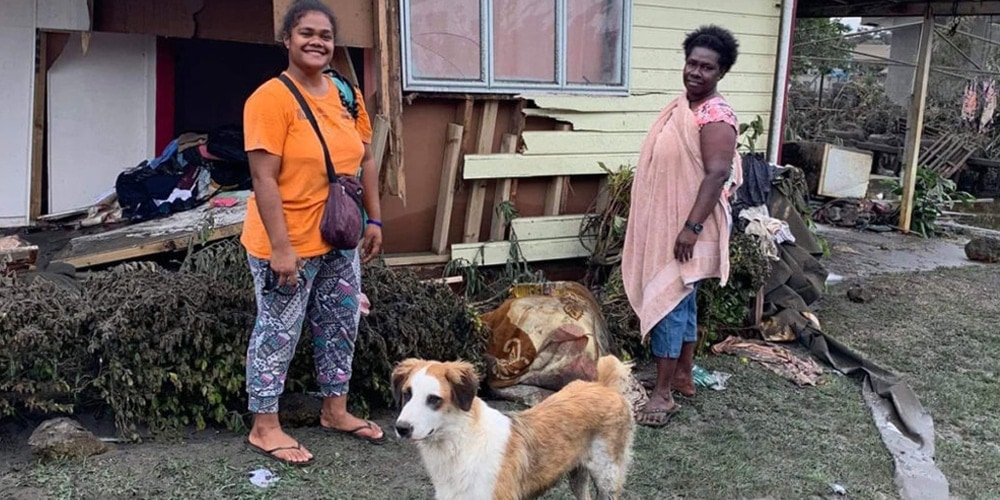