The Coronavirus and the Gospel 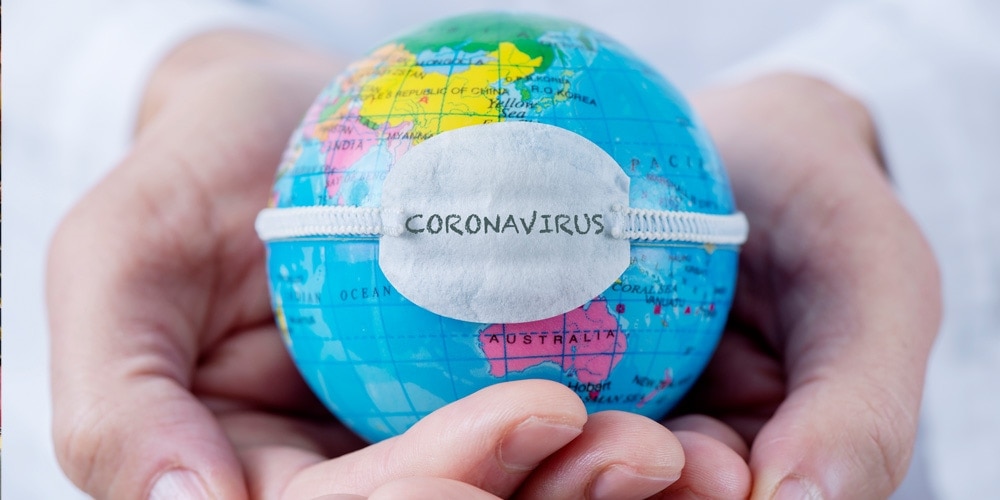 As a young child, I discovered how to wake myself up during a nightmare. I can’t do this anymore, but it was sure nice while it lasted. Numerous times in the middle of a scary dream, I was somehow able to recognize that what was happening wasn’t logical, and then slap myself until I woke up. I still remember how relieved I felt that I could make nightmares go away.

The Coronavirus pandemic and the resulting chaos, fear, and economic fallout have left many of us feeling like we’re trapped in a colossal nightmare. The unprecedented events and the rapid rate at which they’ve developed leave us feeling uncertain and vulnerable. Whether we’re afraid of getting sick, making someone else sick, losing our business, losing our retirement money, losing our mind while stuck inside, or (last but not least), losing our last sheet of toilet paper—the Coronavirus has undoubtedly started to threaten (or at least threaten to threaten) life as we know it.

While scientists race to create a vaccine, we’re told that no such solution will be available for at least a year, by which time it seems that the entire world population (including Chuck Norris) could already be infected.

This unfortunate lag time reflects a sobering reality about the broken world in which we live. Often, potential solutions to devastating problems don’t come until it's too late. While I’m still hopeful the crisis will calm, I’m even more hopeful about something else.

Long ago, the universe was in an uproar somewhat similar to the one we’re facing today, but infinitely worse. One hundred percent of the world’s population had been infected with a lethal virus. Symptoms included (but were not limited to) profound human suffering on every level—sickness, sorrow, abuse, war, hunger, broken relationships, sadness, fear, loneliness, and ultimately death.

The third chapter of Genesis gives an account of this tragic pandemic. Social distancing began immediately, not as an attempt to stop the spread of the virus, but as a result of the relational damage it caused: “Then the Lord God called to Adam and said to him, ‘Where are you?’So he said, ‘I heard Your voice in the garden, and I was afraid because I was naked; and I hid myself’ ” (Gen. 3:9, 10).

To the onlooking universe, it appeared that there was no hope of recovery or immunity for any member of the human family. It was a global health crisis so hopeless that destroying the entire planet seemed like the most viable option.

But Love had created the universe, and love doesn’t give up easily, even when all the odds are against it. The apostle Paul wrote that “love never fails” (1 Cor. 13:8), and that certainly seems to be the case in this story. Adam and Eve had ignored the loving precautions they were asked to follow, voluntarily inviting the disease upon themselves. Adam blamed Eve. Eve blamed God for creating the serpent. The serpent delighted in infecting the world.

But just a few verses later, hope is extended. Apparently, there is Someone who will be able to help. Speaking to the serpent, God says: “And I will put enmity between you and the woman, and between your seed and her Seed; He shall bruise your head, and you shall bruise His heel” (Gen. 3:15).

This Messianic promise to crush the virus of sin reflected the love of a God who had been preparing for the crisis long before it ever came. The lamb “slain from the foundation of the world,” was not caught off guard by the world’s need (Rev. 13:8). “As soon as there was sin,” wrote Ellen White more than 120 years ago, “there was a Saviour.”

To me, one of the most beautiful ways to understand what Jesus has done for us is to look at it from an angle we often overlook—the perspective of the heavenly beings and the emotions they felt as Christ planned a solution to the world’s crisis.

Just like we’ve been glued to our screens, watching the events of the pandemic unfold, all heaven had been witnessing the tragic events happening on earth. The following description from Ellen White gives us a glimpse into the rich emotions of heaven. I encourage you to pay special attention to the pathos of the angels and of Christ as you read this account of novel, unprecedented love:

Sorrow filled heaven as it was realized that man was lost and that the world which God had created was to be filled with mortals doomed to misery, sickness, and death, and that there was no way of escape for the offender. The whole family of Adam must die. I then saw the lovely Jesus and beheld an expression of sympathy and sorrow upon His countenance. Soon I saw Him approach the exceeding bright light which enshrouded the Father. Said my accompanying angel, ‘He is in close converse with His Father.’ The anxiety of the angels seemed to be intense while Jesus was communing with His Father. Three times He was shut in by the glorious light about the Father, and the third time He came from the Father we could see His person. His countenance was calm, free from all perplexity and trouble, and shone with a loveliness which words cannot describe. He then made known to the angelic choir that a way of escape had been made for lost man; that He had been pleading with His Father, and had obtained permission to give His own life as a ransom for the race, to bear their sins, and take the sentence of death upon Himself, thus opening a way whereby they might, through the merits of His blood, find pardon for past transgressions, and by obedience be brought back to the garden from which they were driven. Then they could again have access to the glorious, immortal fruit of the tree of life to which they had now forfeited all right.

Then joy, inexpressible joy, filled heaven, and the heavenly choir sang a song of praise and adoration. They touched their harps and sang a note higher than they had done before, because of the great mercy and condescension of God in yielding up His dearly Beloved to die for a race of rebels.

The Coronavirus is certainly alarming. But I’m encouraged by the fact that as believers in Jesus, we can put it into its proper context. The virus seems very powerful right now, but it’s actually a small part of a much bigger story—a story of love that astounds even angels. Jesus wasn’t afraid of our crisis. Ignoring the suffering it cost Him, He became one of us: “He himself bore our sicknesses, and he carried our pains . . . and we are healed by his wounds” (Isa. 53:4, 5, HCSB).

As you wash your hands, watch the news, and wait for what happens next, may you be comforted by gentle reminders of Christ’s love for you, and the promise He gave His followers right before He returned to heaven: “I am with you always,” He said, “even to the end of the age” (Matt. 28:20, NLT). It’s only a matter of time before all our nightmares are over.

Elise Harboldt is a freelance writer and currently studies theology.