The Call of the West 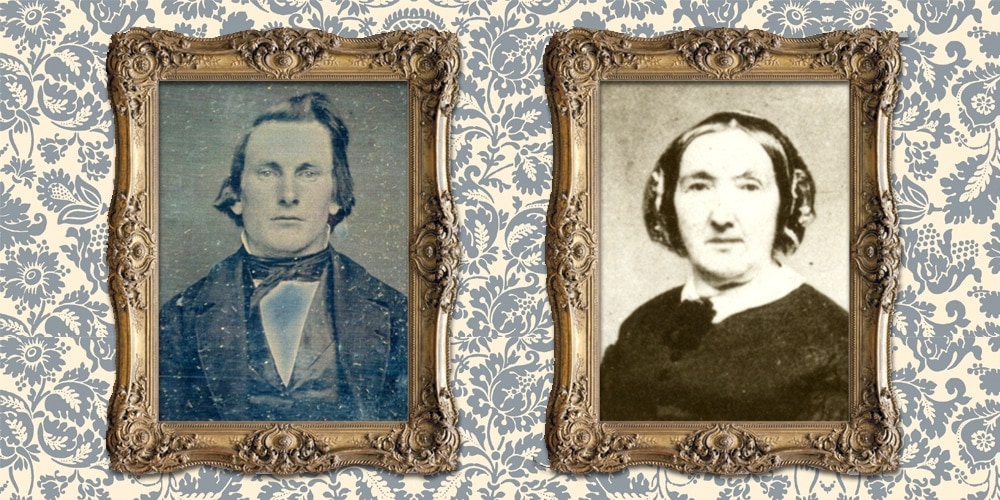 This article first appeared in The Advent Review and Sabbath Herald (now Adventist Review) on June 29, 1950. It was part of a series reflecting on the history of the Adventist Church. We share it so that you can learn a bit more about a man named David Hewitt, known as “the most honest man in town.” You can learn more about David Hewitt by watching this short ARTV video at https://www.artvnow.com/videos/david-hewitt-exhibit. One thing to note: “the west” in the days of the early Adventist pioneers is in its proximity to the East coast of the United States. So in this case, “west” meant Michigan.—Editors.

When Joseph Bates, in 1852, made his third visit to Michigan and to Jackson, where his first point of labor was, he had a dream that he was sailing on a ship and must stop at a port called Battle Creek. Inquiring of Dan Palmer, his first convert, whether there was a town in Michigan named Battle Creek, he was informed that it was about 40 miles west. Were there any Adventists there? That is, first-day Adventists, for at that time Bates and all his coworkers thought the third angel’s message was to go only to the “saints scattered abroad,” or “the lost sheep of the house of Israel,” who had been in the 1844 movement.

“No,” said Dan Palmer, “none that I know of.” But Joseph Bates, under the impulsion of the Spirit, got on the train for Battle Creek, then a village of about 2,000 inhabitants. Arriving there, and knowing no one, he went to the postmaster and asked who was the most honest man in town.

“David Hewitt,” was the answer. Further inquiry revealed to him that Hewitt was a Presbyterian living on Van Buren Street in the sparsely settled West End. When he found the house he said to David Hewitt, who opened the door, “I am told that you are the most honest man in town. If that is so, I have some important matter to present to you.”

The astonished but courteous Hewitt invited him in to breakfast, to prayers, and then to a statement of his important matter. And Joseph Bates, who theretofore had dealt only with Millerite Adventists, who knew the basic truth that the coming of the Lord drew near, now found it necessary to take half the day to lay this foundation for two Presbyterians. The afternoon was spent in presenting the new truths of the Sabbath, the sanctuary, and the Spirit of prophecy. When the day was done there were two converts, the first in Battle Creek, and the first to open the eyes of the Sabbath and sanctuary people to Christ’s declaration, “And other sheep I have, which are not of this fold.” As in the experience of Peter and his companions with Cornelius and his company, the awakened disciples said wonderingly, “Then hath God also to the Gentiles granted repentance unto life!” From this time forth the Seventh-day Adventist mission concerned more the general world than the small and dwindling company of their former associates.

David and Olive Hewitt immediately became missionaries among their acquaintances, and a company formed that met Sabbath by Sabbath in their home. Two years later, Loughborough and Cornell pitched the first evangelistic tent for two days in Battle Creek, and added 15 to the company. Then Cornell settled there, followed by Henry Lyon and J. P. Kellogg, both of whom sold their farms, took up the trades of carpentry and broommaking to support their families, and held their money ready to help the cause. Their example was followed by Cyrenius Smith from Jackson.

James White, visiting Battle Creek with his wife in 1853, encouraged the brethren with this prediction: “If you are faithful, there will yet be in Battle Creek quite a company to represent the cause.” This was before the pitching of the tent and before the reinforcement of Lyon, Kellogg, and Smith.

These enterprising men, allying themselves to Dan Palmer of Jackson, decided in 1855 to offer substantial aid to James White's publishing work, then struggling on in Rochester, New York. The four men each gave $300, to make a sum of $1,200, with which they proposed to buy a lot on West Main Street, opposite the square known as McCamly Park (then a treeless, grassy spot), and there to erect a building to house the printing business.

It was the first substantial financial encouragement James White had received since Hiram Edson had advanced the money to buy the first press and fonts of type. The burden lightened on his shoulders, he stood a little straighter and took some deep breaths, while his countenance beamed; and he stretched out his hand to these brethren, pillars of the church.

The meager equipment of the printing establishment in Rochester was moved to Battle Creek in the fall, and operations were set up in the little two-story, 20-by-30-foot frame building, the first owned home of the Review and Herald. The initial publication was the church paper, The Advent Review and Sabbath Herald, of December 4, 1855.

With the printing business came also the headquarters of the young church, which required no more spacious office room than James White’s briefcase—or, in the speech of the time, portmanteau. The years saw steady progress in expansion of the printing office, the erection of successive church buildings, and the founding of the sanitarium and of the college. And Battle Creek took on, to the cheering believers, that air and reputation of sanctity that it held for half a century, a little Jerusalem. And even today the perfume of its devotion and sacrifice lingers in the memory of the church, which has taken its headquarters elsewhere and wrapped the earth in its evangelization and service.

[Note: David Hewitt is also the man, who in September 1860, suggested naming the new denomination “Seventh-day Adventists.” It was made into a motion. One delegate voted against it, and he afterward changed his mind.]

Arthur W. Spalding (1877-1953) was a noted educator, prolific writer, pioneer of the Home Commission at the General Conference, and cofounder of Fletcher Academy.