She Lived to Do God’s Will 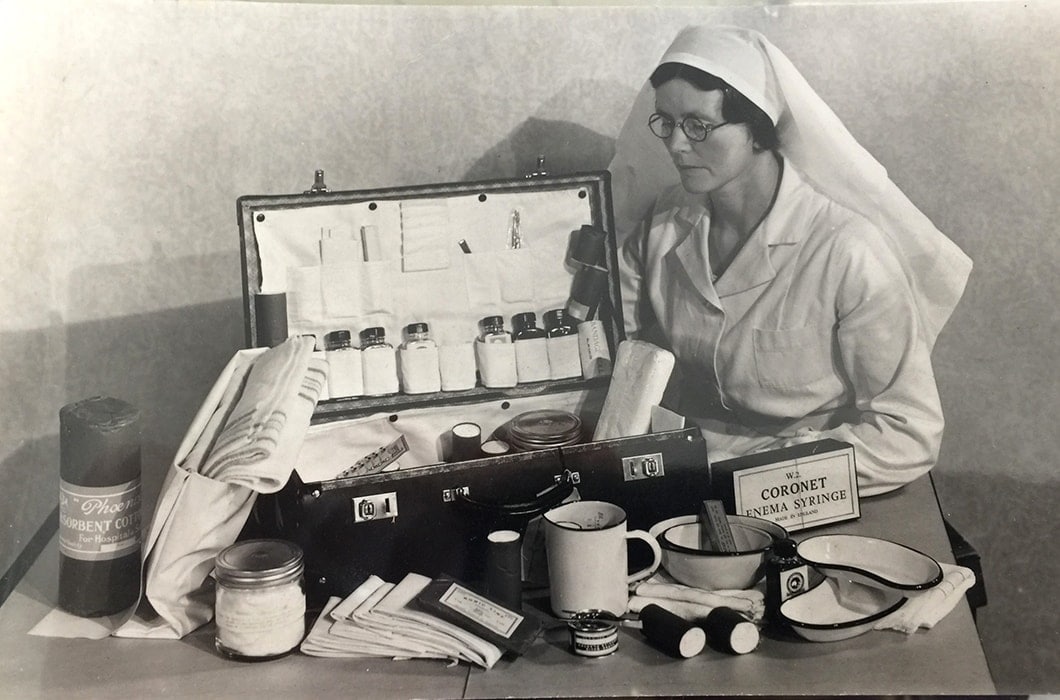 Olive May Fisher was distinguished for her services as a nurse and nurse educator in the highlands of Papua New Guinea (PNG).

Olive Fisher was born on a dairy farm at Mona Bush, nine miles out of Invercargill, New Zealand on January 19, 1914, the second child of William Earnest and May Elizabeth Fisher. There were to be six children in the family. Life was not easy on the farm and all the children learned to work hard, an attribute that stayed with Olive throughout her ninety-four years.

While in her early twenties, she trained as a nurse at the Sydney Sanitarium and Hospital, and graduated in December 1940. She subsequently trained in midwifery at the Royal Hospital for Women, Sydney, and nursing in this field became her passion. Olive was employed at the Warburton Sanitarium before returning to her alma mater to work in the obstetrics ward for four years.

In the late 1950s Olive was called to the division office in Wahroonga and invited to accept an appointment to India. While giving this appointment thought the call was changed to Papua New Guinea. As part of her nursing in Sydney she had met many missionaries from around the Pacific and listened to their stories. Consequently, she accepted the appointment to Papua New Guinea where she nursed at the Hansenide Leper Colony at Togoba, near Mount Hagen. Her five years caring for the lepers presented a challenging ministry, at times requiring her to function far beyond her training. Extracting teeth (without anesthetic) and conducting a funeral were not part of the curriculum that she studied under!

Nursing and nurse training at Sopas Hospital was Olive’s next major appointment. In 1964 under the title “Wabag Clinic Sister,” Olive wrote of her work:

I have now been here six months and have nine clinics in my care. I visit them fortnightly. Three of these are new ones I opened and five were taken over from the Government Sister. However, I later made two of these into one and have taken over our own clinic at Rakamanda - infant welfare . . .

At the moment I am covering an area branching out from Sopas hospital. Thirteen miles in one direction there are five clinics. Twelve miles on the way to Laiagam there are two more, and one in another direction, seven miles and up a steep hill. All told there are 1200 babies on the books. I have seen 1000 of these, most of them twice.1

While at Sopas Olive Fisher was part of a team of nurse educators. Others included Ron Plane and Dr. Don Kelly. Their combined efforts produced outstanding nurses. The results in the 1974 examinations showed that of the one hundred thirty-two nurses who sat for their final exams across the nation, the thirteen nurses from Sopas were all in the top forty-five students and all of them passed. A Sopas nurse from the Western Islands, Linnah Pugian, came in first out of the one hundred thirty-two examinees and her friend, Betty Taotao, from the same village, came in fourth. In the Medical Aid Post course exams Ropio Serepa from Daru came in first for the whole of PNG.

The sadness of farewell spread throughout Sopas Hospital with the news in 1979 that “Sister Fisher” was retiring. So keen were the people at Sopas to have her remain in Papua New Guinea that they offered her a block of land on which to live for the rest of her life. However, she could not stay.

In retirement she continued to serve others as the first supervisor of the Kressville Hostel at Cooranbong, New South Wales, Australia—a role which she performed voluntarily. Never married, everyone was part of Olive’s family until death came on March 2, 2008 in the Wyong Hospital. Her last act of service to humanity was to donate her body to medical research. She lived only “to do God’s will.”2