Running for My Life 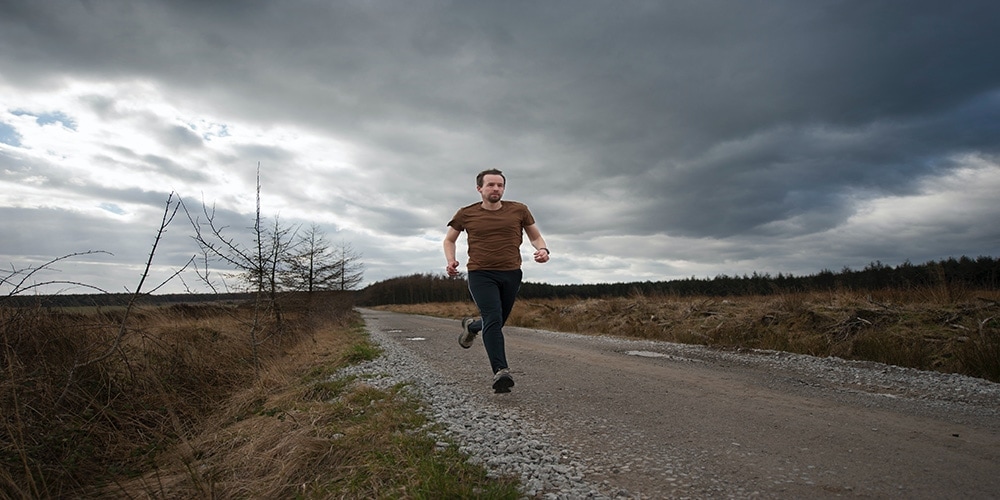 For about 20 years my autumn tradition has included training for and running the Marine Corps Marathon. I typically run six miles on weekday mornings and 10 miles on Sundays. That regimen keeps me race-ready for most distances throughout the year. In a typical year my marathon training begins in earnest in late summer.

By September race organizers had apparently come to the realization that some kind of accommodation had to be made for the dedicated runners who plan their schedules around the races they run. The Parks Half-marathon, Army 10-miler, and Marine Corps Marathon became “virtual” events; you run, track your time and distance, and submit your results.

The Marine Corps Marathon has been run for 45 years. It’s called the People’s Marathon because there are no qualifying times required to enter. But competition is keen for the 30,000 entries available. So I registered, and was accepted, back in February when COVID-19 was still unknown. All spring and summer I continued my weekly training regimen, increasing my mileage as autumn approached. Then the Marine Corps Marathon announced it would be a digital event this year.

I have a 20-mile course that I use for training, so I began thinking of ways to stretch it to 26.2 miles. One Sunday, during one of my long training runs (15 to 20 miles), it occurred to me: This course has a lot of hills! I began to think of courses that would be flatter. I remembered running on Maryland’s Eastern Shore, along the Coastal Highway, which varied in elevation maybe a dozen feet.

I hatched a plan to run in Ocean City, Maryland, on October 25, the day of the Marine Corps Marathon. Perfect plan!

The night before was balmy and mild—with temperatures in the low 70s. I woke up at 5:00 a.m., put on shoes, shorts, and t-shirt, and headed to the hotel lobby. The forecast had called for a chance of rain, so I was thinking of a little dampness, maybe a few sprinkles. What greeted me as the glass doors opened were temperatures in the low 50s, pouring rain, and a stiff breeze from the north.

I told the woman at the desk, “I’m gonna need another t-shirt.”

“We have a treadmill in our fitness room,” she offered.

Running in the pouring rain was not at all appealing. But even less appealing was spending four or five hours on a treadmill.

I put on my hat and a long-sleeved t-shirt and went out to start my run. I was soaked to the skin before I had run 200 yards. Water flowed down the highway, flooding the right lane for four to six feet from the curb. Water flowed down every cross street, forcing me to run through two to three inches of water—sometimes more. That continued for seven miles.

The farther I ran, the less it rained. But I still ran into a stiff headwind. I reached 13 miles in Bethany Beach, Delaware, and turned around to run back to Ocean City with the wind (mercifully) at my back.

The rain and wind had taken their toll. The last 13 miles—especially the last six—made me question the wisdom of running the Marine Corps Marathon in Ocean City. But if I had run at home, I would still have run in the rain and wind, and those hills weren’t going anywhere.

This year’s Marine Corps Marathon is one I hope I won’t have to repeat. Ideally, the race is run in the company of thousands of other runners, all experiencing exactly the same thing. The marathon also features thousands of well-wishers lining the course, offering encouragement with signs and costumes. Then at the finish line, a Marine officer puts the finishers’ medal around their neck with the words, “Congratulations, sir. Good race.”

There’s nothing fun or sexy about getting up hours before dawn six days a week to train for a marathon. The race itself is grueling physically, emotionally, and spiritually. But crossing the finish line is only comparable, perhaps, to the joy experienced by hearing those famous words from the Lord Jesus: “Well done, good and faithful servant! . . . Come and share your master’s happiness” (Matt. 25:21).*