A cold wind blew briskly this morning in Syracuse, New York. Winter is definitely coming to this part of the country. I just realized that it is October 20. One hundred and sixty-nine years ago Millerites were counting down the hours. In just two more days they expected Jesus to come. Then the sanctuary would finally be cleansed.

Jesus, however, did not come on October 22, 1844. As these Advent believers grappled with the painful reality, many questioned the soundness of their interpretation of prophecy. Others, feeling embarrassed and misled, abandoned Christianity altogether. A small group, including Hiram Edson of Port Gibson, New York, cried and prayed.

Their tears and questions did not go unanswered. The time was right to give more light. On October 23, the morning following the Great Disappointment, Hiram Edson and a friend crossed a cornfield to visit some Millerite neighbors and encourage them.  Traversing the field, Hiram suddenly felt as if heaven had been opened and he could see right into the heavenly sanctuary.

Hiram Edson’s quick glimpse into the reality and function of the heavenly sanctuary led him and his friends to study their Bibles again. When they had finished their study, Hiram Edson and his friends realized that the sanctuary to be cleansed after 2,300 mornings and evenings was not the earth, as the Millerites had understood it. The earthly sanctuary had just been an illustration of the heavenly sanctuary. The new insight helped them to understand that the Daniel 8 prophecy pointed to the heavenly sanctuary and to Jesus’ ministry in the Holy of Holies as the Judge dealing with sin, the key problem of the Great Controversy. This discovery helped the scattered Advent believers to make sense of the big picture of Bible prophecy.

It's a sad fact the Biblical truth about the sanctuary has been under attack since the time of Hiram Edson—both from within and from outside of our church family. I wish we could capture its centrality for the total package of what makes the Seventh-day Adventist Church. The sanctuary is the glue that keeps all elements of our theology together—and Jesus is right at the center of the sanctuary! There is no reason for embarrassment!

Edson later sold his farm in Port Gibson and forwarded the money for the purchase of the first hand printing press of Adventist believers in 1852. In a very real way, his sacrifice made possible the publication whose website you are now reading, for the primary product of that printing press was The Advent Review and Sabbath Herald, now the Adventist Review.  The teenagers and young adults running the printing press also served sacrificially because they wanted to reach their friends and neighbors with this message.

Initially, the printing happened in the living room of the White family. Can you imagine the mess working with splattering ink and drying prints? When I looked at the press in Hiram Edson’s home (a slightly later model) I thought of the 1.5 million copies of Adventist World printed by Adventist publishing houses every month. I’m really glad I don’t have to do the printing by hand.

I particularly enjoyed visiting the small Roosevelt Seventh-day Adventist Church in Fulton, New York, early this morning. The building was built in 1857 and inaugurated in 1858. Church historians tell us that it’s the oldest Seventh-day Adventist church structure in continuous congregational use. Ellen White had a vision in this church about the Civil War battle of Manassas in August 1861 in which she was shown that the new conflict would not be short or without great cost.. It was here that Willie White as a 7-year old first saw his mother in vision. A year later, in 1862, the New York Conference was organized in this modest wooden building.

Bob and Marie Putman, current members of the Roosevelt Seventh-day Adventist Church, met us and shared stories about the history of their church. Thirty members meet every Sabbath in the historic building, and growth is still occurring. With a big smile, Marie pointed to the future: “We just had the induction service of our Pathfinder club with eight members—and only one comes from an Adventist family.”

Enthusiastic youth and mission are still part of the Adventist DNA in one of the oldest churches of the movement. 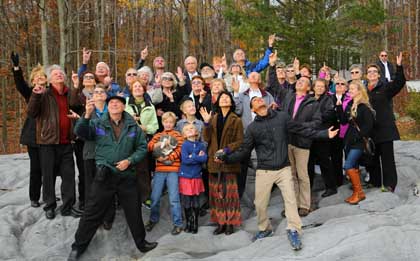 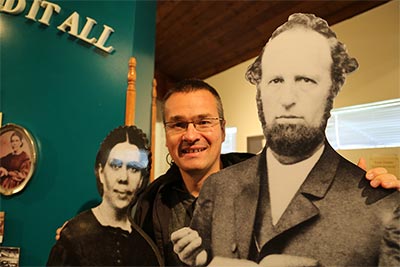 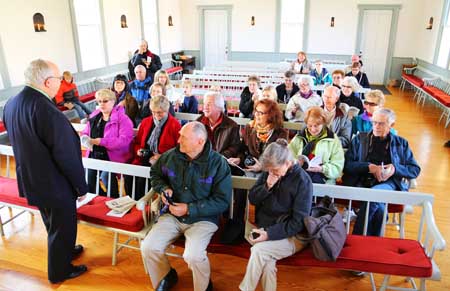