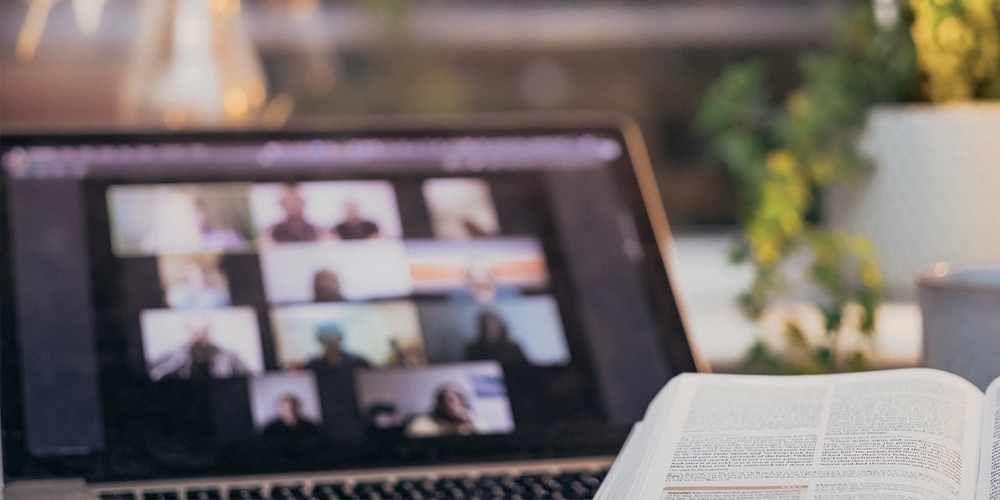 A multi-part presentation on the last day of the annual business meeting of the Executive Committee of the Seventh-day Adventist Church zeroed in on what Adventists historically have known as “the three angels’ messages” on October 14, 2020.

Representatives of departments, offices, and committees of the world church discussed before the Executive Committee members what they are doing or planning to do to highlight the importance and timeliness of those messages found in the Bible in Revelation 14:6-12.

According to the Bible text, those special messages are three consecutive communications given by three messengers to every person in the world. A first message calls everyone to worship God because, it says, “the hour of His judgment has come.” A second message calls on people to leave “Babylon.” A third message is a call to choose not to worship “the beast and its image.”

Adventist prophetic understanding connects the symbols to specific historical movements, powers, and events. It also places those three messages at what is known as “the time of the end,” near to the glorious return of Jesus to this earth.

Since Adventists believe they live, indeed, in the time of the end, the acceptance of the three angels’ messages could significantly alter the life and experience of the church.

The difference, I believe, depends on at least three things: what we share about the three angels’ messages, how we go about it, and why we do it.

While a thorough answer to those questions may be beyond this commentary’s scope, I believe that taking into account some suggestions might frame the discussion and start providing a blueprint showing a way forward.

Below, I introduce and briefly discuss those suggestions.

1. Never take a doctrinal knowledge about the three angels’ messages for granted.

This ongoing need for instruction is undoubtedly the reason for some overall initiatives by the world church. At the October 14 presentation, Biblical Research Institute director Elias Brasil de Souza reported that upcoming Week of Prayer readings and a Sabbath School Bible study guide would focus on the three angels’ messages. At the same time, Adventist Laymen’s Services and Industries member Dan Houghton mentioned the development of a curriculum for children across the North America Division that seeks to help Adventist children as young as five to understand the three angels’ messages.

The October 2020 issue of Adventist Review also focuses on the three angels’ messages. No doubt, it is a topic that has been discussed before in the 171-year-old Adventist flagship publication. This time, however, sound theological exposition and the Adventist historical understanding of the topic is balanced with the voice of readers — church members from various ages, experiences, and backgrounds — who discuss what they get, what they are not grasping, and where they place themselves against these biblical messages. This sample of opinions is much more than that: it is an informal survey that seems to suggest how successful or not Adventists have been, and presently are, in taking the essential messages of the three angels to members.

Simultaneously, with new generations and greater diversity within Adventist ranks, it is only natural that these messages need to be taught, retaught, reviewed, and repeated. Adventists should not assume that because the three angels’ messages were taught once, the message’s core has been apprehended and assimilated for good. As it happens with other topics and doctrines, only conscious and regular review and repetition will do.

Some time ago, I attended an Adventist event where the phrase “three angels’ messages” was systematically repeated scores of times. Not even once was the expression “translated” or explained to lay ears. Being an “insider” — growing up a Seventh-day Adventist — I appreciated, even enjoyed, the renewed focus on those messages. However, with my hand on my heart, I must acknowledge that, had I been a guest at the meeting, I would have been entirely at a loss as to what these people were talking about.

This mistake is too common, I believe, but one that we cannot afford to keep on making.

The Bible speaks about different kinds of angels, some of them by name. But in prophetic language, an angel is often not a supernatural being but a symbol standing for a human messenger. In the context of Revelation 14, the three angels are not three angels, Babylon is not a brick-and-mortar city, and the beast does not belong to the animal realm. In fact, the three angels stand for three groups of messengers living in the end times, bound to proclaim the three messages stated in the prophecy. Thus, the message is heavenly, but the messengers are not.

The implications of this realization are manifold. First, it moves the responsibility of delivering the message from some vague, out-of-this-world realm to a specific task entrusted to a group of human beings who happen to live on earth at the end of prophetic time.

Second, as human “vessels,” these men, women, and children are commanded to share three special messages to other men, women, and children in a way the latter can relate. No matter how great the life-or-death significance of these messages, they become ineffective when recipients cannot grasp their practical importance. The three messages are as eternal as the Bible and yet must be as contextualized as today’s newspaper.

In this context, the October 14 presentation at Annual Council highlighted initiatives that seek to take the three angels’ messages, so to say, to the marketplace. Among them, Children Ministries department director Linda Koh explained that animated books are being designed for children that will connect the three angels’ messages to creation and redemption. This new resource is expected to be available in English, Spanish, German, and French.

On the other hand, Adventist Church associate director of communication Sam Neves shared that church communication leaders are connecting with writers, artists, graphic designers, and other artistic talents from around the world to begin devising innovative ways of delivering these messages.

These are commendable methods and initiatives, I believe, with the potential for bridging the generational gap and showcasing those biblical messages in a language that new generations can find relatable and meaningful.

3. The three angels’ messages are not a doctrinal island.

The three angels’ messages do not happen in a vacuum; they are part of the continuum of the great controversy between good and evil and, as such, constitute the core of the gospel and should always be discussed and understood within those parameters.

During the October presentation, former Bible Research Institute director Ángel Manuel Rodríguez introduced a theological summary of the three angels’ messages by explaining how those special messages from God are framed within the story of salvation. Quoting Adventist Church cofounder Ellen G. White, he read, “The sacrifice of Christ as an atonement for sin is the great truth around which all other truths cluster. In order to be rightly understood and appreciated, every truth in the Word of God, from Genesis to Revelation, must be studied in the light that streams from the cross of Calvary.”1

The three angels’ messages, Rodríguez said, “are all about the gospel, the Lamb of God being sacrificed for the redemption of the human race.” White would have agreed. In perhaps one of her most thought-provoking statements, she wrote, “Several have written to me, inquiring if the message of justification by faith [in Christ] is the third angel’s message, and I have answered, ‘It is the third angel’s message in verity.’”2

Thus, as with any Bible-based doctrine, I believe a renewed focus on the three angels’ messages will be as successful as the Adventists leaders, teachers, and instructors’ inspired ability to connect those messages with the centrality of the gospel and the salvation found in Jesus.

At the same time, new generations will usually find arguments more convincing when they are backed up by an experience that is consistent with the truth being shared. Thus, the proclamation of the three angels’ messages will certainly be more effective when the recipients of the Adventists’ evangelistic efforts see that the messengers are living up to the lofty ideals stated. For instance, unless Seventh-day Adventists rediscover the blessing of the seventh-day Sabbath — the seal of God — every week, calling it “a delight, the holy day of the Lord, [and] honorable” (Isa. 58:13), they may be doing a disservice to the biblical truth they are supposed to announce.

In short, can a new emphasis on the three angels’ messages be a game-changer for the life and experience of the Seventh-day Adventist Church? Yes. With God’s help and the Spirit’s assistance, Adventists should go to any length not to squander this matchless opportunity.