Mission Team Helps to Fill a Void in Puerto Rico

It Is Written trip provides health, practical, and spiritual care on the island of Vieques.

Eric Flickinger, It Is Written 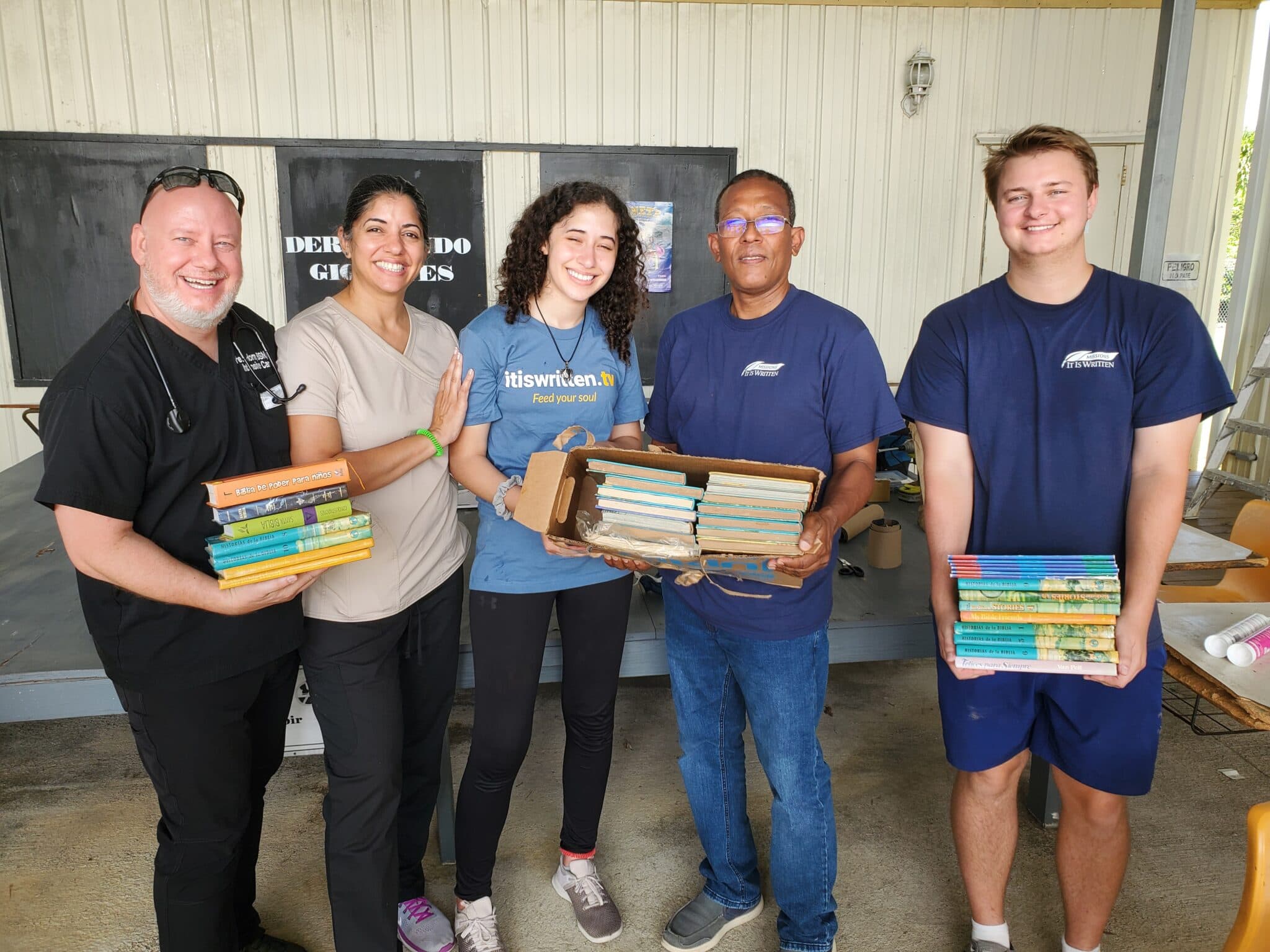 [Photo: It Is Written]

The island of Vieques lies seven miles off the east coast of Puerto Rico, the “Island of Enchantment.” It’s a tropical island, with mango trees, coconut palms, beautiful beaches, and the brightest bioluminescent bay on the planet. Wild horses roam the streets, and green iguanas soak up the sun as they laze about on branches and low stone walls. It’s a place where people go on vacation, to get away from the hustle and bustle of life in the city.

It’s also an island with a great deal of need. While the party crowd comes and goes daily by ferry, the local populace of Vieques has a hard time taking care of their basic needs. Hurricane Maria devastated the island in 2017. The only hospital on the island was destroyed, leaving the 8,500 people who reside there with just a poorly equipped emergency medical clinic that is open a few hours each day. Two small gas stations and only one grocery store are available on the island. Bars and nightclubs abound, but opportunities for people to find true health and peace are in short supply.

Because of this great need, It Is Written partnered with the East Puerto Rico Conference of the Adventist Church to bring a group of 22 missionaries to Vieques. The team of doctors, nurses, preachers, and support staff arrived in the town of Isabel Segunda on July 25, 2022 and began making preparations to open a free medical clinic at the church the next day. Exam rooms were set up, a triage area was established, translators were prepared, a pharmacy was organized, and spiritual material was lined up to distribute to the children and adults who would soon be arriving at the clinic.

Over the following days, scores of people came through the doors of the church to get help for themselves, their children, and their parents. Patients came with musculoskeletal pain, rashes, diabetes, and a variety of other health challenges. One man shared that he had been trying to get an appointment to be seen by a local doctor for more than six months without success. He was elated to find that he could see a doctor at the medical clinic — and receive his needed medications — for free! And each patient who came received spiritual material to connect them with Escrito Está, the Spanish-language arm of It Is Written.

It Is Written partners Sotero Escarza and his wife, Patti, said, “It was our first mission trip, and we were struck with the fact that so many people would pay good money, take time out from their lives, and give up some creature comforts to help out people they don’t know with some basic medical needs and to give them literature about the Good News. It gave us comfort that God is in control, and He has His remnant that will reflect His character.”

Keiton Bahnmiller, another first-time missionary, put his experience with construction into practice by helping to find and repair leaks in the church school’s roof and windows. He also helped pressure-wash the exterior walls and prepared them for painting. The only private school on the island, the school is a great outreach opportunity for the church.

Raul Vila, an It Is Written partner who has joined the ministry on six mission trips, said, “We encountered multiple challenges during this trip. However, we all were blessed as we cared for some of the needs of the people we served. I remember one man in particular who came with a case of shingles on his trunk and how in between acyclovir and some natural remedies, he could find relief. I’m glad that we could be there for him. Each patient seen carried new hope and a prayer sent to heaven.”

The original version of this story was posted by It Is Written.