Maranatha Hands Over Keys to School Built in Côte d’Ivoire

‘We are glad to provide potential for growth for the Adventist Church,’ leader says. 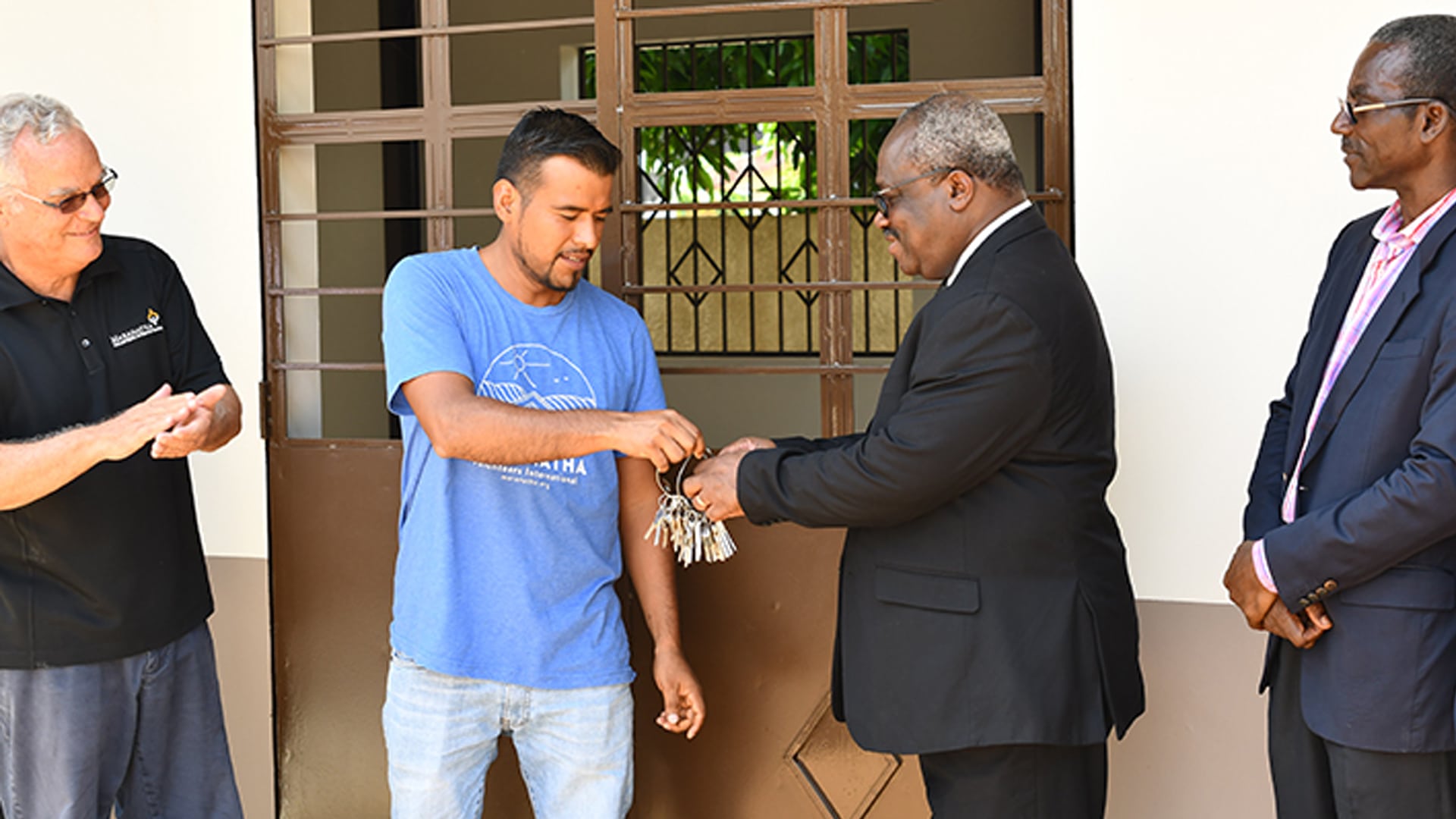 After several years of building churches and schools, and drilling water wells across the West African nation of Côte d’Ivoire, Maranatha Volunteers International is wrapping up its work in that country.

One of the highlight projects that recently came to completion was the brand-new campus for the Niangon Adventist Secondary School near Abidjan. In a recent ceremony attended by officials of the West Central Africa Division of the Seventh-day Adventist Church, Maranatha leadership handed over the keys to the campus.

Complete with seven classrooms, two science labs, bathrooms, and administrative offices, Niangon is now well-equipped to spread God’s love in a mostly non-Christian area, leaders said. Enrollment is expected to be high, as Adventist education has a good reputation in Côte d’Ivoire and Niangon will be the only high school in the area.

“We were glad to finish and provide potential for growth for the Adventist Church in a community where the majority of people are not Christian,” Maranatha’s country director for Côte d’Ivoire, Gilberto Araujo, said. “The [Adventist] Church enjoys a great educational reputation in the country — we are sure that over the next two years, the school will be full, and the church will be able to reach out to the community with what we consider one of the best tools to grow the church in Côte d’Ivoire.”

In 2019, Maranatha began working in Côte d’Ivoire to provide churches and schools in the country. The commitment was in response to a request from the Adventist Church in West Central Africa. Maranatha first focused on projects in Abidjan, the country’s largest city and headquarters for the Adventist Church in West Central Africa, before moving into outlying areas. In November 2020, Maranatha launched a water program in Côte d’Ivoire, drilling wells at Adventist churches.

Maranatha Volunteers International is a responsive organization that for 53 years has fulfilled requests for construction assistance in the Adventist Church. Each project is carefully considered for need, overall impact on the community, and resources for long-term maintenance and support.

Currently, Maranatha is working in roughly a dozen countries around the world. Efforts are focused on church and school construction and water wells. A portion of the projects are completed by volunteers participating in short-term mission trips organized by Maranatha.

Release
148 Teens Travel to Peru to Build, Paint, and Connect
Mission trip marks return of the Ultimate Workout after the pandemic. 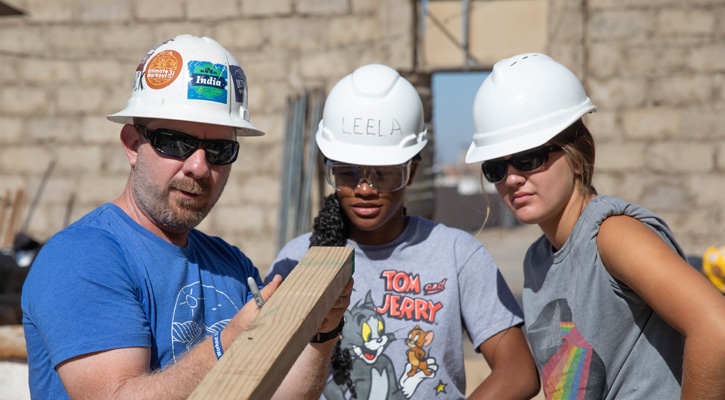 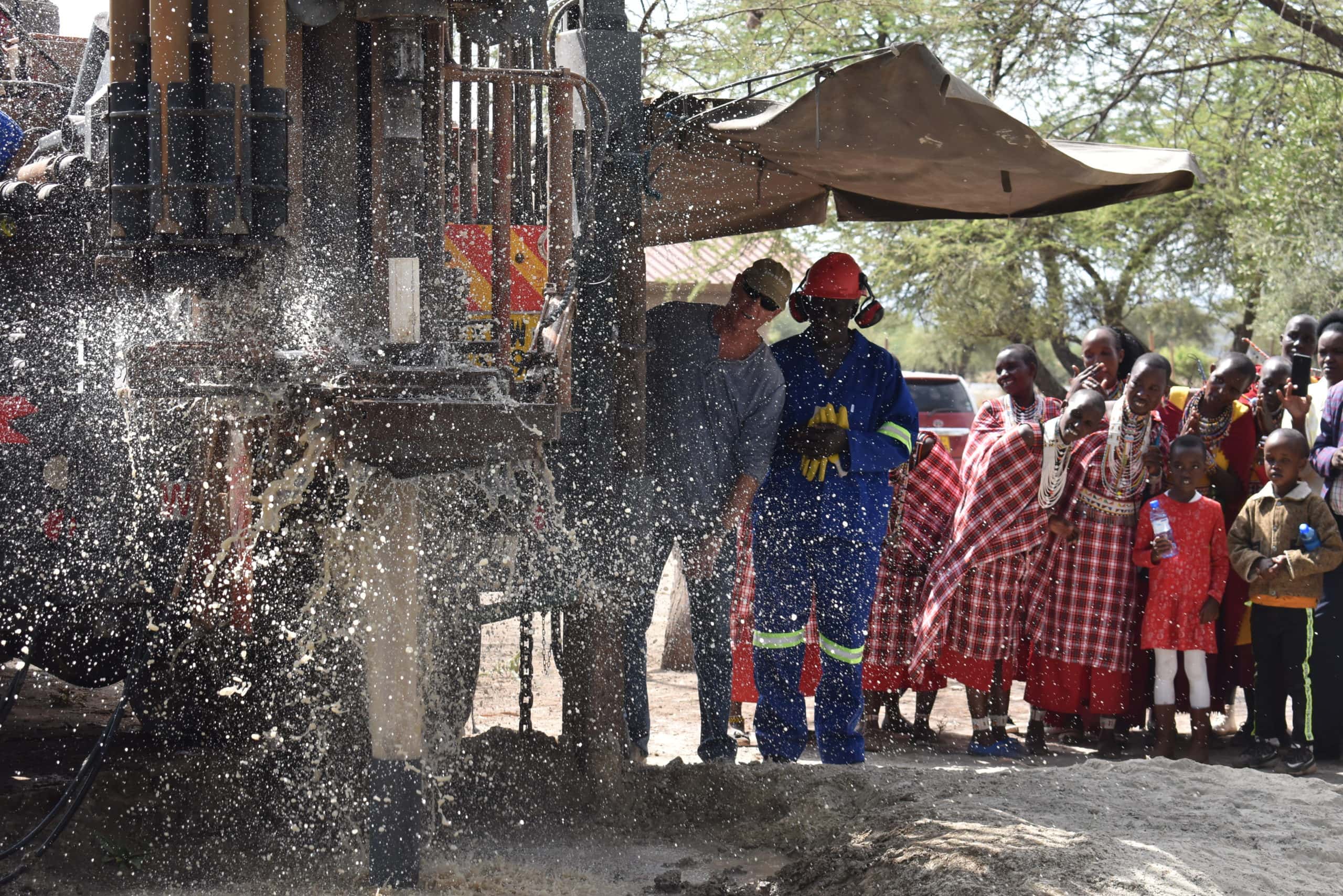