“Something that attracted me to the program is how creative I can be,” one student says.

For La Sierra University freshman Kyleigh Sanchez, the slate of new degree programs this school year represented an opportunity to cultivate her creativity and prepare her for potential careers in photography or the film industry.

The university, located in Riverside, California, United States, launched the new interdisciplinary digital media degrees beginning in fall 2020, with an eye to better preparing students for employment opportunities that will increasingly require combinations of artistic creativity and skills in the most recent technologies.

“The digital media program sits at the crossroads of emerging industries and future employment opportunities combining technology with creative disciplines,” Art+Design Department chair Terrill Thomas, who spearheaded development of the new initiative, said. He serves as digital media program director. “The four digital media degrees were created to serve both the academic and employment goals of our students,” Thomas said.

The new degree pathways, which involve interdisciplinary collaboration and realignment of existing classes, emerged in response to a digital media market analysis published by the Hanover Research Group in November 2018. Occupational trends through the end of the decade from the U.S. Bureau of Labor Statistics point to above-average growth in multiple career tracks related to the digital media degree programs: jobs for special effects artists and animators are expected to grow 16 percent; work for film and video editors and camera operators anticipates a surge of 29 percent; web developers and digital design jobs could grow by 13 percent, and media and communication occupations by 14 percent, as examples.

Additionally, the 2021 Otis College Report on the Creative Economy for the Los Angeles area and the state of California notes that the Entertainment & Digital Media sectors added 152,000 jobs between 2014 and 2019, the most of California’s creative industries.

Sanchez’s degree in Digital Media & Visual Effects is offered through a partnership between the Department of Art+Design and the Film and Television Production Department. Instruction includes classes in Adobe Photoshop and Illustrator software programs, motion graphics, music editing, video editing, photography, and many others. Degree graduates will be prepared to test for and receive industry certifications in various creative technologies, to apply for graduate animation programs, and enter other career and post-graduate avenues.

“Something that attracted me to my digital media degree program is how creative I can be,” Sanchez, a Mesa Grande Academy graduate and Yucaipa Seventh-day Adventist Church member, said. “I can somewhat do things freely and make them unique in my own way.” She noted that her classes have helped her understand the importance of paying attention to detail. Photography has been a favorite class, she said, because she was able to design her own magazine, which she themed on the Los Angeles lifestyle and centered around business content. 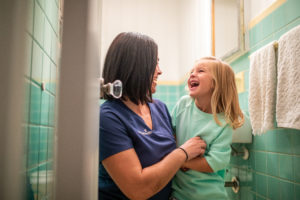 release
The AdventHealth Brand an Expression of Seventh-day Adventist Meaning
The 51 hospitals and hundreds of other care sites came under a single promise, “Feel whole.”