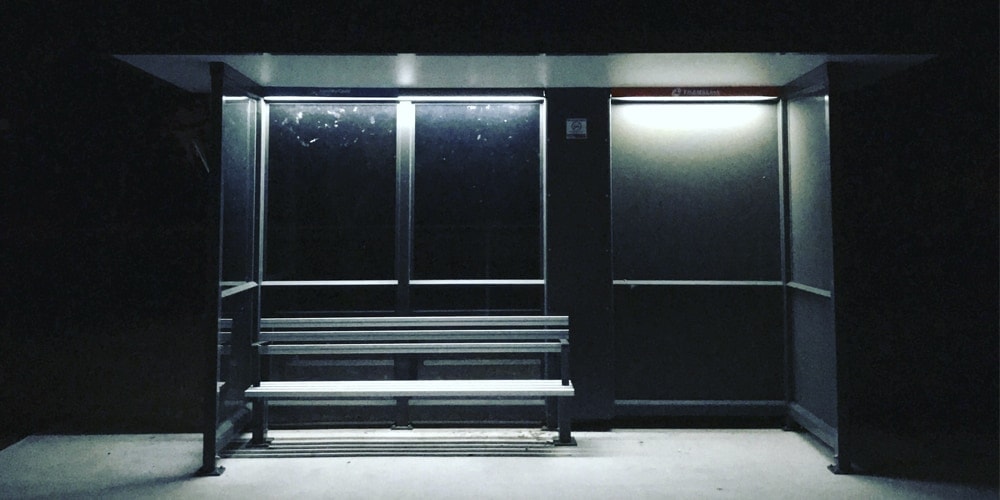 Shivering, I pulled my hoodie strings tighter together. An icy gust of wind blasted past, ripping the tickets out of my hand. Setting my water bottle on the cold metal bench, I raced after the tumbling pieces of paper. After retrieving the runaway slips I trudged back to the lonely bus stop.

Hours earlier my brother, sister, and I had raced down the long hill into town to take the bus to the airport. With only our backpacks and a limited amount of cash, we were determined to make the best of our 28-day winter break. We started by visiting Hamburg, Germany. Undeterred by my European friends’ warnings about traveling in northern Europe in winter, I booked tickets to Hamburg, Edinburgh, and Copenhagen, to name a few cities. As we sat on the frigid bench the why of their warnings became increasingly evident.

Our plane landed late, and by the time we stepped out of the airport the sky was already dark and winds were picking up. At the time it didn’t seem like a problem. The problem arose when the reality that we didn’t speak German sunk in. It was compounded when we found a notice attached to the bus stand that said hours of operation were shorter because of the holidays. After hours of wandering around the city center, we found a bus number that would get us within a 20-minute walk of the hostel. When that bus never appeared, we grudgingly pulled up a map on our phones and began walking.

After 45 minutes trudging down a surprisingly busy highway, a police car screamed up and an officer demanded that we get off the Autobahn. The 45 minutes were for nothing! Turning around we dragged ourselves back to that lonely bus stop.

A bus rumbled to a stop and expelled its few passengers onto the desolate street. Excitedly, we launched ourselves into the yawning doors, desperate to make it to our hostel before midnight. Teeth chattering we hugged our backpacks closer to get as much warmth as we could.

My eyes drifted out the window, gazing at the lonely bus stop, when a sight hit me like a brick. My bright yellow Hydro Flask sat on the bench right where I had set it, patiently waiting to be picked up. A wave of surprise and frustration washed over me. Any hope I had clung to for a fun, exciting trip in Europe evaporated. Miles later the bus came to a halting stop.

The driver informed us that all public transportation was done for the night. When we checked our hostel reservation again, we discovered an update that they had relocated. We were on the furthest fringes of the city from where we needed to be. We were stuck.

The Price of Being Unprepared

Groggily, 10 young women stretched and rubbed the sleep from their eyes when a shout rang in the distance, “The bridegroom is coming!”

We know this story. It’s usually told the same way: “five wise; five foolish.” Each time the lesson is that five wise women were prepared, and the other five were not. They were rejected because they weren’t prepared. But that’s not the case.

It’s not enough to assume that we’re ready for Christ’s return. I was prepared to travel; I bought the tickets and packed a bag. Despite this I was still stranded at an outdoor bus stop in northern Germany in December for an entire night. My lack of preparation—not arranging for a taxi or having up-to-date addresses—hurt my siblings and me.

Jesus encouraged His disciples: “Be dressed ready for service and keep your lamps burning, like servants waiting for their master to return from a wedding banquet, so that when he comes and knocks they can immediately open the door for him” (Luke 12:35, 36).*

We aren’t saved by our preparation. But that doesn’t mean we get to coast until Jesus returns. We must “press on toward the goal to win the prize for which God has called [us] heavenward in Christ Jesus” (Phil. 3:14). This is a continuous thing, a daily process. It’s a call to be vigilant and steadfast, consciously surrendering our minds and actions to God each day, asking the Holy Spirit to change us: again, daily.

When Jesus comes again, we cannot rely on just being prepared. We must constantly and daily prepare in case our Savior delays His coming. “Keep watch,” said Jesus, “because you do not know the day or the hour” (Matt. 25:13).

My siblings and I had prepared for our trip to Europe. I had looked up cities; I had bought tickets; we had reserved a hostel. But in the end we had not prepared enough. We were unprepared for the delay.