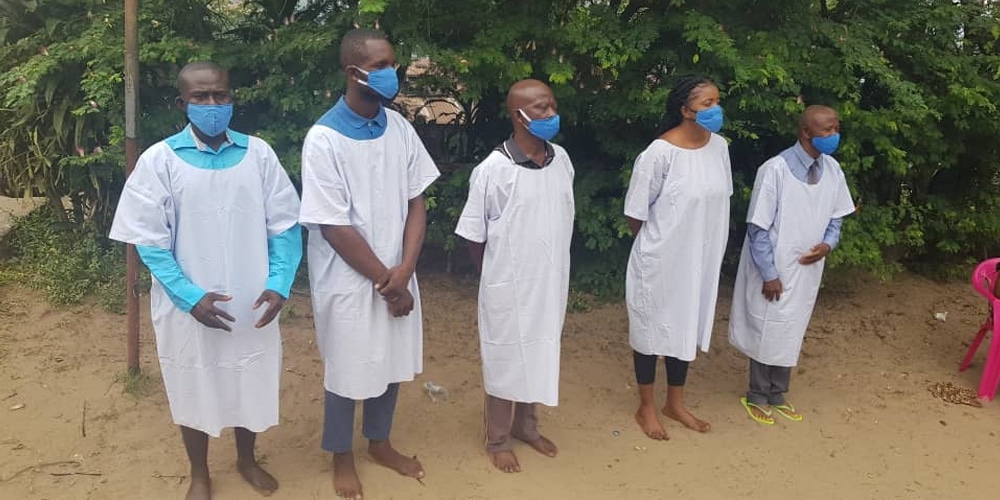 Many years ago, I came across the acronym “P.U.S.H.” It was embroidered on a wristband, and it stood for “Pray Until Something Happens.”

At the time, I was a teenager and had not yet effectively experienced the power of prayer. Nevertheless, the acronym has been fixed in my mind ever since. Today, I have not only seen God answer prayers in miraculous ways, but I have the privilege of spending some of my time serving the Revival and Reformation initiative by finding ways to inspire and challenge people to pray more.

You might have heard of, or have even participated in, Revival and Reformation projects such as the annual 10 Days of Prayer, or the quarterly World Church Days of Prayer and Fasting. This year, a massive prayer movement began just at the right time, as the world came to a standstill due to the COVID-19 pandemic — the 100 Days of Prayerprogram, which took place from March 27 to July 4, 2020.

The idea originated in 2015 with a burden to cover the 2015 General Conference Session in prayer for 100 days ahead of the meetings. Having seen incredible blessings as a result, it was only natural to schedule another 100 Days of Prayer ahead of the 2020 General Conference Session in Indianapolis. When it became evident that this year’s session would be postponed, we had a clear conviction not to cancel united prayer. In fact, 100 Days of Prayer could not have come at a better time!

From all around the world, tens of thousands, including thousands of young people, participated in this powerful time of intensive prayer, choosing to focus on almighty Jesus instead of the challenges of the worst pandemic of our lifetime. Daily, participants received prayer requests sent in from all corners of the earth; short, salvation-focused devotionals; spiritual resources; and praise reports of answered prayers.

There are stories about missing and backslidden members returning to God, broken marriages and families being reconciled, and financial and job miracles. There are stories of solved Sabbath problems, protection from starvation, and breakthroughs in church planting.

We also received reports about faithfulness in returning tithes and offerings, deliverance from demonic oppression, and praise reports from online evangelistic efforts that were prayed for. These include It Is Written’s “Hope Awakens,” AWR’s “Unlocking Bible Prophecies,” nine massive campaigns done by world church evangelist Robert Costa, and many local pastors doing online campaigns, which collectively were viewed by millions and resulted in tens of thousands of requests for baptism and Bible studies.

Many of the praying participants felt compelled to personally reach out to those in their sphere of influence, sharing the daily messages online and to WhatsApp groups, broadcasting them through various radio stations, and even sharing with army soldiers on the battlefield. Participants started praying for and with non-Adventists and non-Christians and began giving Bible studies. Many were also led to actively find ways to reach their families and neighbors with the gospel. Prayer truly leads to revival for mission, and prayer itself is evangelism!

In Uganda, a participant felt God gave him wisdom during prayer to start a project to feed starving children during the pandemic. The idea quickly spread and was even picked up by the local news. Evangelistic meetings followed.

In Tanzania, a non-believer was stuck staying with an Adventist family during the lockdown. That family was participating in the 100 Days of Prayer. This young man told them that “prayer is a waste of time.” Shortly after, he caught COVID-19. He was transported to another place for quarantine with other sick individuals. There he experienced a change of heart and encouraged people to pray like the Adventists he had stayed with. He and all people there were miraculously healed. He and two of those who were healed were baptized on June 14, 2020. Hallelujah!

The list of praises goes on. There were many requests, however, that did not receive an answer yet. And we all have them, don't we? It is my prayer that these select testimonies of the 100 Days of Prayer will inspire you to P.U.S.H. — to pray until something happens!

“Rejoice in hope, be patient in tribulation, be constant in prayer” (Romans 12:12, ESV).