Myesha Oliver finds joy in celebrating her son’s milestones and inspiring others. 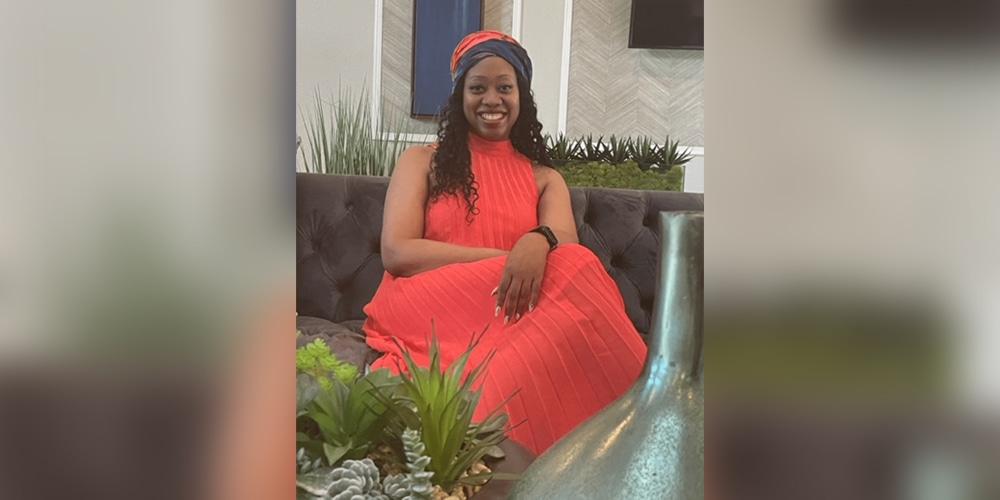 AdventHealth is recognizing Disabilities Awareness Month by showcasing stories that recognize the important role people with disabilities play as part of a diverse and inclusive society.

Myesha Oliver, talent acquisition partner at AdventHealth Tampa, finds her greatest joy not only in celebrating her son’s developmental milestones but also in serving as an inspiration to others.

At 3 years old, Oliver’s son was diagnosed with autism spectrum disorder, a developmental disorder caused by differences in the brain. According to the Centers for Disease Control and Prevention, people with autism may behave, communicate, interact, and learn in ways that are different from most other people.

Soon after her son’s diagnosis, Oliver said she was inspired to learn more about developmental disabilities and began to spend more time on research. Eventually, she developed an educational app to share her knowledge with others.

“I created the app because I felt there was so much I didn’t know prior to my son’s diagnosis,” Oliver said. “At the time, everyone told me the signs were nothing to worry about, but reporting my observations eventually led to the diagnosis.”

As the audience for her app grew, Oliver saw a need to directly reach a wider audience within ethnic and racial minority communities. She established a nonprofit organization called Autism Aide to bring awareness to the need for early diagnosis among minority children.

“It took seven months for my son to be diagnosed,” Oliver said. “I believe that could have happened earlier if I had access to information from an early start. The early development phase for people with disabilities is so critical.”

Oliver said she connects with other parents through community events, social media, and speaking opportunities at religious organizations and interest groups.

Her goal is to build an online hub where people can access a wide range of educational resources about developmental disabilities.

“I feel inspired to connect with these parents because helping them to see the early signs enables them to play a more active role in enhancing the quality of life of people with disabilities,” she said.

Oliver said her interactions with others have helped her to better understand her own son’s journey. “These parents serve as a strong support system for me,” she said. “We all live through it and understand what is required.”

Oliver creates an inclusive environment at home for her son and three daughters through a communication-aided device. She is proud that her son has achieved an important milestone at school in developing his writing skills.

“My son is sweet, kind, and smart, and he makes me smile every day,” Oliver said.

Oliver’s experience with health care also came in the form of her own journey. She was diagnosed with breast cancer in September 2021 and as a team member, received care from her fellow team members at AdventHealth.

“It’s amazing that I get to bring in the best people to care for our patients in my role as a talent acquisition partner, and then they ended up caring for me when I became a patient myself,” she said. “I had no idea what women go through with breast cancer. It’s been a journey, but I’m grateful to work at a company that allowed me the time I needed to heal.”

Having experienced AdventHealth’s mission in action as a team member, a community member with a son with a disability, and as a patient, Oliver said she now spends a lot of time journaling about her journey and significant milestones.

“I always try to live in a state of gratitude,” she said. “It’s been an incredible journey with amazing family and friends who are always there for me. Everything has fallen into place.”