From Atheist to Elder

Yvon Gauthier never thought he would find the God he rejected in the midst of his trials. 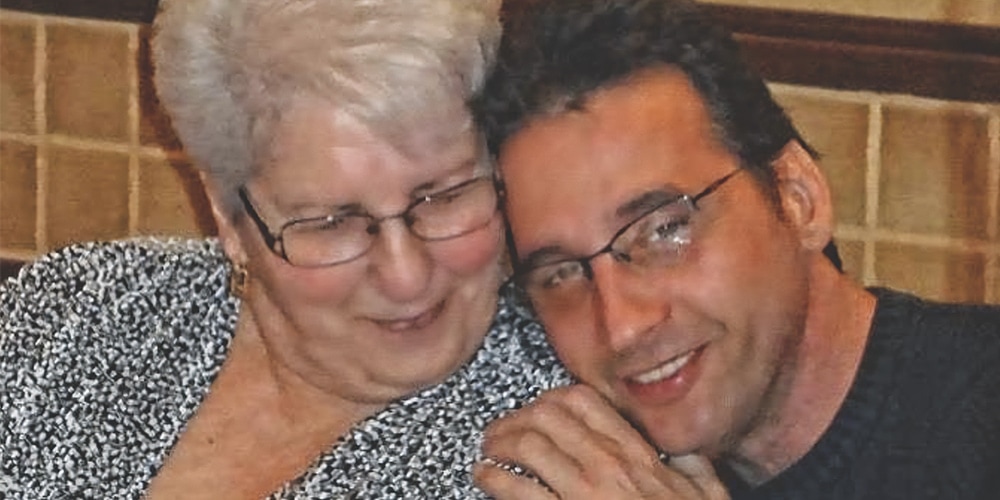 Yvon Gauthier tells a story about a family in the cold far north. As the bitter wind slapped against the sides of their house and the need for warmth quickly became a necessity, the family members huddled together, each one with their knees to their chest. The cold was unbearable. The survival of the family depended on four men hired to provide heating.

One man supplied a pickup truck; his co-worker brought a chainsaw; another friend carried an ax. The fourth friend was supposed to carry the matches. The three men walked outside the cabin house into the snow-covered forest in search of the last colleague. With hung heads and heavy hearts, they came to terms with the absence of their friend, who had not shown up with the matches.

Despite this, the three men were determined to supply the family with heat. For hours they worked hard, cutting down logs until the wood fit perfectly inside the fireplace. To their dismay, when it came time to light the fire, they realized all their labor had been in vain. Without the matches — such a small, simple item — it would be impossible for them to start a fire.

“This story teaches us that every talent counts, and we have to use what we are given,” Yvon Gauthier says. “The gift God gave me is the gift of management, and that is what I do.”

Gauthier serves as an elder at a Seventh-day Adventist church in northern Ontario, Canada. His duties include preparing and overseeing the church service in addition to organizing the livestream.

He lets out a soft chuckle as he recounts the intense pathway God walked him through in his journey of faith. Each experience, trial, and adversity placed him a step closer to God. A long time ago, God chose Gauthier, and in 2016 he accepted the call.

“If you told me five years ago that I would be who I am today, I would have laughed out loud,” Gauthier says. “I didn’t even believe in God … not even a little bit.”

Gauthier grew up with his parents and two brothers in a small mining town in Quebec, Canada. He was raised in a strict religious household, where religion was made the center of his life. At a young age, he viewed his religious beliefs as an obligation rather than a personal conviction. After attending elementary and high school, Gauthier decided to leave the family home in Quebec and travel to North Bay, in northern Ontario.

“I was homeless because I made the choice to be homeless. I had a home to [return] to. I wanted to see more than the town I had grown up in. I felt like a prisoner in my town for many years,” Gauthier says.

One day he found himself lingering at the front steps of a neighborhood church as he repeated the words over and over, trying to perfect the English pronunciation. With shaking hands, he knocked on the door of the church and said, “I am really hungry. Can I have a can of food?” The answer he received was the door slamming shut in front of him. Turning his face away from the church, Gauthier wearily walked away in search of a garbage can he could eat from.

“That was my impression of churches,” Gauthier says. “To me, religion seemed to be just a way to control people.” It was the primary reason he stopped believing in God and became an atheist.

Eventually, Gauthier’s life started to look more promising and hopeful. He obtained an engineering degree. But just as soon as his life took this positive turn, tragedy struck. Gauthier’s mother was dying from cancer.

Gauthier quit his job and rushed to Quebec, where he lived with his mother until she passed away. Shortly after that, two people very close to him also died. These losses hit Gauthier hard.

“I did not want to commit suicide, but I did not want to live anymore,” Gauthier says. “I got on my knees and said, ‘If He exists, help me, because I have no purpose, and life is meaningless.’ ”

In December 2016, God answered Gauthier’s prayer. His love for history led him to a 13-episode series on the creation and destruction of Rome. After each video, Gauthier would do some research on the emperors he had just learned about. When he got to Constantine, he investigated further and stumbled upon another video explaining the topic. Intrigued by the power and simplicity in the sermons he watched, Gauthier spent the next eight months studying his videos. In September 2017, Gauthier found the North Bay Seventh-day Adventist Church, and four months later, he decided to be baptized.

“I went from wondering what my purpose was, why I was here, who I was, and why I didn’t feel a part of this world to finding a new purpose that totally changed my life,” Gauthier says.

Gauthier is convinced God led him to the Seventh-day Adventist church that was just right for his needs. When he entered the church for the first time, he immediately felt welcomed and loved. It was a new experience for him.

Now, this new believer clings firmly to his faith and considers it his most valued possession. Yvon is eager to take the next step in his Christian journey and share his testimony with others.

“God does not work on your watch; He works on His own time,” Gauthier says. “Our true job as Adventists is to plant seeds and then trust.”

Every Sunday, Gauthier helps at a local food bank, where he serves with his time, hands, and words. As a former atheist, he understands the approach to take when addressing non-believers. Sometimes simply saying “Jesus loves you” is not enough; they need to see God through your actions.

“I am the glove, not the hand. I am the tool, not the operator,” Gauthier says. “God used me, and I can’t begin to say how thankful I am.”

God has given everyone talents. Some talents may seem small and insignificant, like lighting a match. Yet it only takes one spark to get the fire going.

The original version of this story was posted in the January 2022 issue of Canadian Adventist Messenger.