Douglas Gausi has decided to spend One Year in Mission in a city in need. 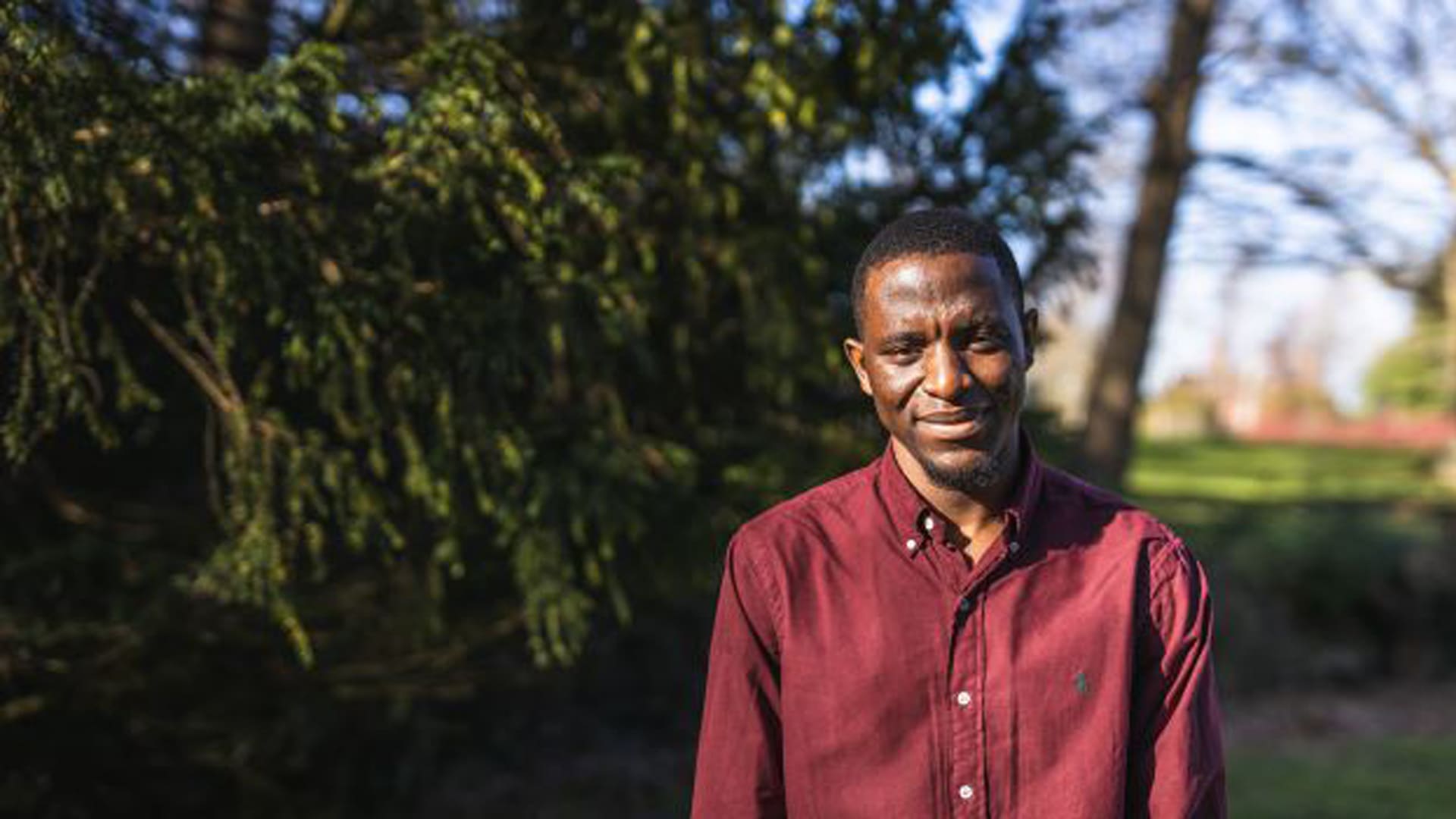 Blogger Douglas Gausi, from Nottingham, England, is a man on a mission to make the word of God more appealing to non-Christians and young people. Gausi recently joined the One Year in Mission and Service (OYIMS) program at Newbold College of Higher Education, after receiving a text message from a friend.

“My friend Ethan sent a text message while I was at work, and I thought, ‘that sounds good!’” he said. “I called Pastor Dejan, the Trans-European Division’s youth director, and asked a few questions. The things he told me sounded amazing, so I applied for the course.”

Gausi acknowledged that nevertheless, he soon forgot about it after relapsing into his work routine. “But one day, I was looking at my journal and I saw something I had written, ‘I am doing OYIMS next year!’” he said. “Soon after, I received an email saying I had been accepted.”

Gausi was still undecided at that point, not sure if he should carry on working or not. But he finally decided to attend the program because, “I had more to lose by not coming to Newbold,” he said.

“I believe God has called me to full-time ministry, and I want to serve Him and enjoy serving Him,” Gausi said. He believes that much of his learning and growth has come from serving other people. “God is getting me to think about what I will do next. The OYIMS course makes me think about that, as each class I attend is challenging me to consider going into ministry.”

Gausi has never been on a mission trip, but he is enthusiastic about the next stage of the course, about serving with the Adventist Development and Relief Agency (ADRA) or the Adventist Volunteer Service (AVS) at a country yet to be decided. “I want to be out of my comfort zone because I think that’s the perfect place to learn and grow,” he said.

About One Year in Mission

One Year in Mission (OYiM) is a global youth initiative originally launched by the Youth Ministries Department of the Seventh-day Adventist Church. It is designed to give teams of young professional (18+) an opportunity to magnify Jesus in the cities of the world through sharing God’s message for this time.

It is based on biblical principles, including the conviction that the Apostle Paul was the first OYiM missionary, with his mission trip to the city of Antioch (Acts 11:26).

OYiM also aligns with a statement by Adventist Church co-founder Ellen G. White, who wrote that city evangelism “is the essential work for this time” and will result in starting “a mighty movement such as we have not yet experienced” (Medical Ministry, p. 304). OYiM also believes that the “everlasting gospel” is the only real antidote for the poverty, crime, vice, racism, disease, and corruption found in the cities of the world.

Since only one method works, OYiM missionaries practice “Christ’s method alone” (Ministry of Healing, p. 143). They work together as a team to plan and implement an effective strategy that contextualizes Christ’s method (socialize, sympathize, serve, share) with their city’s unique culture.

The original version of this story was posted by Newbold College of Higher Education.