For a band of no-name merchant marines, they certainly found the quickest way to global notoriety! They’ll be telling the story to their grandkids forever. After all, the Suez Canal is a mere 200 to 225 meters (656 to 738 feet) wide. And the cargo ship they were sailing stretches 400 meters (1,312 feet, a quarter of a mile) long. Do the arithmetic. If that 200,000-ton “multi-decker” giant of the sea, loaded almost 20,000 huge shipping containers, would manage to get crosswise in that very narrow canal, it’s “goodbye” to any other ship trying to get by.

And that is exactly what happened. The Ever Given became ever stuck, thanks to strong winds that wedged the vessel diagonally between the two canal walls. And the rest is the news feed story the world followed for a few humorous days (funny only to the newsreaders, not the sailors on board, not to mention the crews aboard the more than 350 ships backed up behind the Ever Given).

What’s the big deal? “The Suez Canal is one of the world's most important waterways. Located 75 miles [120 kilometers] east of Cairo, the capital of Egypt, it links the Mediterranean Sea to the Red Sea, allowing for direct shipping from Europe to Asia. Roughly 12% of the world’s shipping traffic and a chunk of its oil supply goes through the manmade canal, which has become particularly vital following pandemic-related disruptions to shipping.”

But as CNET put it, “Thanks to a huge rescue effort and help from the moon itself, traffic has resumed on the Suez Canal.” Even Mother Nature’s lunar tug got in the act with a strong falling tide that pulled the vessel free. Unjammed at last!

Until “the Maker of all things who loves and wants me” was buried in one of those “ever graves.” Pulseless breast, nail-scarred and whip-lashed torso, Jesus lay on the cold shelf of that rock-hewn sepulcher. The stone door to His domicile sealed shut. Forever.

Until three o’clock that morning, or was it four? When in the nanosecond of a nanosecond, a spark of deity ignited within the pulseless Body. And life — “original, unborrowed, underived” — breezed through His lungs, unsealed His eyes, and animated His slumber. And a blinding, brighter than the noon-day sun, an explosion of glory wrapped the Sun of Righteousness with a robe fire-white and a smile as strong as His love.

And with that, “The Maker of all things” came forth to love us all and to want us all — so that we, too, one day will come forth — unjammed — forever and ever. Amen.

Magazine Article
Serving Those in Need
Serving the poor and needy requires special training from the Master. 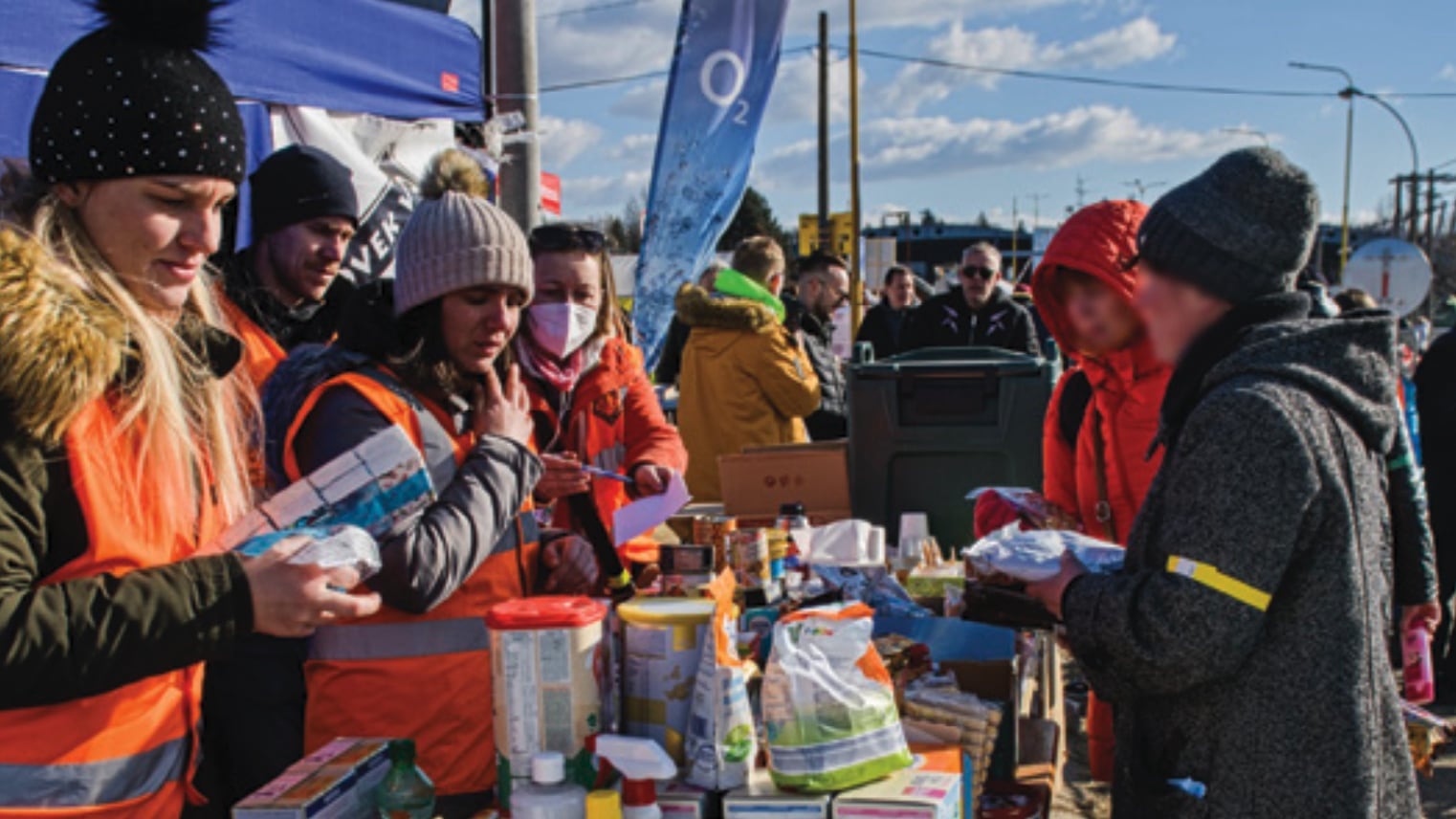