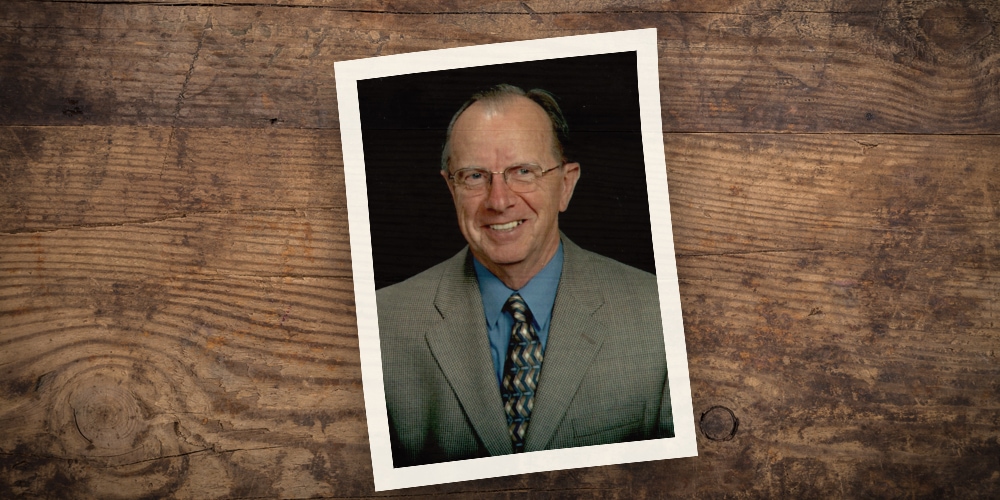 [Photo: courtesy of the Yeagley family]

Larry Yeagley, long-time teacher, pastor, and chaplain in the Seventh-day Adventist Church, died unexpectedly at his home in Gentry, Arkansas, United States, on Friday, July 15, 2022. Born September 5, 1933, to Pennsylvania sharecroppers, his humble roots laid the foundation for a career that offered hope and healing to all.

Married to Roberta Anne Brackett in 1955, Larry graduated from Washington Missionary College (now Washington Adventist University). Though his dream was to become a pastor, he received a call to teach, serving Adventist schools in Pittsburgh, Toledo, and Cleveland from 1957 to 1962.

Larry received his first pastoral appointments in Ohio at the Ravenna, Barberton, and Hamlet churches. In 1966, he and Roberta and their family of four boys moved to a church district in New Haven and Waterbury, Connecticut. Their migration then took them north to churches in Hudson and Framingham, and then Worcester and Northboro, Massachusetts.

As Larry increasingly engaged with community needs, he was drawn to hospital chaplaincy, leading him to Battle Creek Sanitarium and Hospital in Michigan in 1976. Learning from the pain of patients and their families, Larry created Grief Recovery, a support program that touched thousands of lives. It also inspired several books and opened doors for Larry to speak throughout North America and beyond.

Following the death of their eldest son, Jeff, the Yeagleys moved to Texas in 1982, where Larry became chaplain at Huguley Memorial Hospital and continued to expand Grief Recovery. He also helped start the first hospice in Fort Worth, after having worked with others to establish a similar program in Battle Creek.

During his time as chaplain, Larry’s passion for sharing insights into grief counseling and pastoral ministry provided opportunities to teach at both the Seventh-day Adventist Theological Seminary at Andrews University and Southwestern Adventist University.

In 1989 Larry returned to parish ministry in Michigan, where he pastored churches in Muskegon, Fremont, Charlotte, and Marshall. He retired from full-time ministry in 2002.

Larry and Roberta moved to Gentry in 2005, where he continued his love of gardening, woodworking, writing, reading, volunteering, and occasionally preaching to support area pastors. His genuine concern for others colored his sermons and interaction with friends.

Memorial services were held at the Springtown Seventh-day Adventist Church, Gentry, Arkansas, on Saturday, July 30, 2022, at 4:00 p.m. Larry will be interred in the Bedford Cemetery, Bedford Township, Michigan, on September 12, 2022.

The Yeagley family requests that in lieu of flowers, donations be made to the Jeff Yeagley Memorial Scholarship at the Seventh-day Adventist Theological Seminary at Andrews University. Donations can made through www.andrews.edu/go/give/Yeagley.

This article was originally posted on the Andrews University news site.

It is only one of the ironies of this day that we are using words to grieve the loss of a man who taught so many of us that much grieving happens in silence, and that words don’t always help. And yet we stammer on, trying to find that elusive word or phrase that somehow represents even part of what Larry Yeagley was to us.

The first word is ebullient. It’s an old word, and Larry would have laughed that it was a fitting word for someone of his age. For all whose vocabulary is delimited by Twitter, it means “cheerful and full of energy.” This was how I first experienced Larry Yeagley, and continued to experience him through more than 50 years. In an era of somber gray-suit pastors, Larry was sly and funny and eager to see the ridiculous in everyday stuff. His wide grin and his easy laugh made him seem as though he was a pastor from a different planet—one which light-winged angels visited and where a river of life flowed from the heart of the city. His joy was the contagious kind, and I have great pictures in my mind of Larry laughing with a passion usually denied to his more unctuous colleagues.

The second word is attentive. Larry gave the gift of his full attention when he spoke with you, which is a prize of ever greater value in an age where three seconds count as a video view, and emojis routinely stand in for human feelings. There was simply no one else more important than you when Larry was talking to you. He wasn’t searching for the next hand to shake or for someone more interesting on whom to spend his time: he was yours—locked in; earnest; fully engaged. When I was a teenager and young adult, this was rare enough for me that I marked him as a man I wanted to emulate, because people loved him for his attentiveness. I loved him for it.

The third word—and the inescapable word—is compassionate. I have known few other human beings who so successfully entered into the passions—positive or negative—of other human beings so fully as Larry Yeagley. If I ever replace the tattered cover of the copy of William Barclay’s magnificent volume, And He Had Compassion: The Healing Miracles of Jesus, I think I will put there the finest photo I can find of Larry. Months before we both went through the great grieving for his eldest son and my best friend, Jeff, I listened reverently as Larry told of sitting wordlessly on the floors of hospital rooms to weep with cancer patients who had just received a terminal diagnosis. Larry had passion withpeople—not at them, or even for them, and certainly not against them—but with them. And when he held his family in his arms in that gray cemetery in Bedford, Michigan on the day we buried Jeff, Larry grieved deeply as a father but also as a husband, friend, companion with all of us. This is more rare that it ought to be in the fellowship of pastors.

The fourth and final word is wise. It’s an adjective I have bestowed on fewer people than there are fingers on one of my hands. Wisdom is the result of a distillation process—not something you usually hear about at Adventist memorial services. It is a long gathering of clear thinking, deep silences, and well-chosen words—adapted, tailored, contextualized for the benefit of the one who stands before you. I knew a hundred pastors who were full of quips, who parsed the verbs of Scripture but who couldn’t parse the sorrows of someone else’s heart. But the impression always lingered that what Larry Yeagley said to you—usually low-key, thoughtful, and compelling—was something he said uniquely to you, and not a practiced line he had rehearsed for hundreds. Wisdom is gathering up one’s own life story and the stories of a thousand others and with the alchemy of kindness making medicine for another hurting soul. And so I tell you Larry Yeagley was wise.

As Larry knew, there is a comfort in both words and silences. Knowing when to use one instead of the other is the skill of the pastor, the chaplain, the husband, the father, the grandfather, and the friend. It is its own kind of healing to know that on that day when the Lord whom Larry loved returns, Larry will hear, not just “Well done,” but “Excellently done! good and faithful servant. Continue in the joy of your Lord.”