Not a Single Convert? 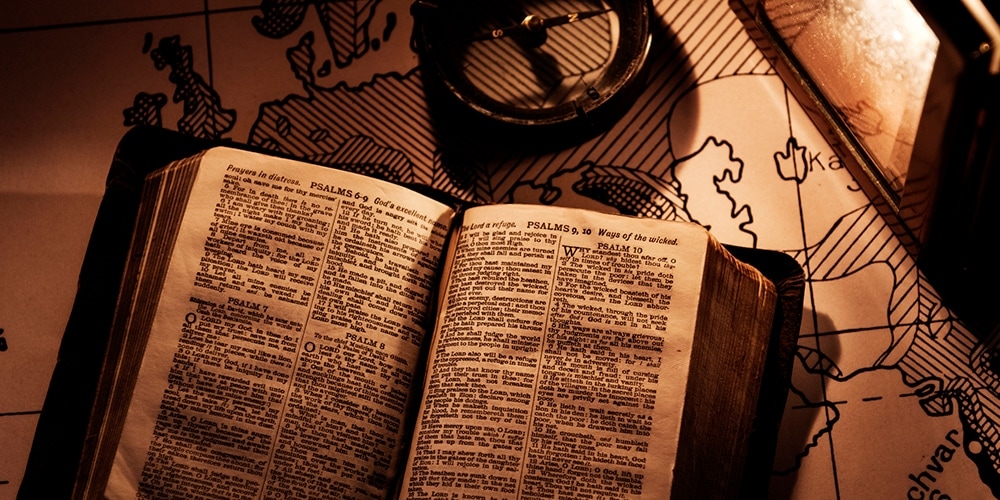 What follows is part of a sermon preached by Trans-European Division president Raafat Kamal at the Irish Mission Day of Fellowship on March 16, 2019. It originally appeared in the Messenger magazine. —Editors

In the early 1900s, a Christian church in Stockholm, Sweden sent two missionary couples to Zaire (now the Democratic Republic of Congo). David and Svea Flood, along with the Ericksons, macheted their way through the jungle to establish a mission station.

During their first year, they did not see a single convert. Village residents were resistant to the gospel because they were afraid of offending their tribal gods. But this did not keep Svea from sharing the love of Jesus with a twelve-year-old boy who delivered fresh eggs to their back door every day.

Svea became pregnant not long after arriving, but she was sick during much of the pregnancy, battling malaria. She gave birth to a baby girl, Aina, on April 13, 1923. Svea died seventeen days later.

David made a casket and buried his twenty-seven-year-old wife on the mountainside overlooking the village. Grief, then bitterness, flooded his heart. He gave his daughter, Aina, to the Ericksons and returned to Sweden, broken-hearted.

David abandoned his Christian beliefs and spent the next five decades of his life trying to drown his sorrow with alcohol. He warned those he knew never to mention God’s name in his presence.

Meanwhile, the Ericksons raised Aina until she was a toddler, but then both of them died within three days of each other when the villagers poisoned them to death. Aina was then given to an American missionary couple, the Bergs, who eventually returned to the United States to pastor a church.

Following high school, Aina enrolled in her local Bible college. There she met and married a fellow student. On their 25th wedding anniversary, the college where they both worked gave Aina and her husband a wedding anniversary gift — a trip to Sweden. It was Aina’s wish to find her biological father, who had abandoned her 50 years earlier.

The couple searched Stockholm for five days without finding a trace. Finally, two days their before departure, they got a tip which led to the third floor of an old building. There they found Aina’s dad, who was on his deathbed with a failing liver. The last words David ever expected to hear were, “Papa, it is Aina.” And the first words out of his mouth were filled with remorse: “I never meant to give you away.” When they embraced, a 50-year old curse of bitterness was broken. A father and daughter were reconciled that day, and a father was reconciled with his heavenly Father for eternity.

When Aina landed in Seattle the next day, she received news that her father had passed away while they were in flight.

The Rest of the Story

Five years later, Aina and her husband attended a Bible Conference in London. One of the speakers on the opening night was Ruhigita Ndagora, one of the Christian leaders in Zaire. What caught Aina’s attention is the fact that Ruhigita was from the region where her parents had been missionaries half a century earlier.

After the message, Aina spoke to him. She asked if he knew of the village where she was born, and Ruhigita told her he had grown up in that village.

She asked if he knew of the missionaries by the names of David and Svea. He said, “Every day I would go to Svea’s back door with a basket of eggs, and she would tell me about Jesus. I do not know if she had a single convert in all of Africa besides me.” Then he added, “Before Svea died she had a baby girl named Aina, and I have always wondered what happened to her.”

When Aina revealed to him that she was Svea’s daughter, Ruhigita started to sob. They embraced like siblings separated since birth. Then Ruhigita said, “Just a few months ago, I placed flowers on your mother’s grave. On behalf of the hundreds of churches and hundreds of thousands of believers in Zaire, thank you for letting your mother die that so many of us could live.”

Lord of the Gift

Friends, we all serve the Lord of the Gift. David and Svea did not have a single convert they knew of. They thought it was all for nothing. But one seed took root and bore fruit beyond belief. You never know which seed it will be.

We should never underestimate the ripple effect of one act of obedience to God’s will. It will never be all for nothing.

God wants to achieve His purpose in your life and mine, starting at home, here in your local church, in your community, with your neighbors and colleagues at work. Your mission begins where you are, not where you think you should be.

The Lord of the Gift can take five loaves of bread and two fish and feed thousands. He can take a stuttering fugitive Moses and defy a world-power leader and his army. He can move from a blood-stained cross to an empty tomb. He can take 12 followers and create a world community where, for every three people living on this planet, one professes that Jesus Christ is King.

The Lord of the Gift can take a young Svea from Sweden to reach tens of thousands with the gospel in Zaire. He can take what He has blessed you with and make a difference that matters for eternity.

The original commentary was reposted on the Trans-European Division news site.