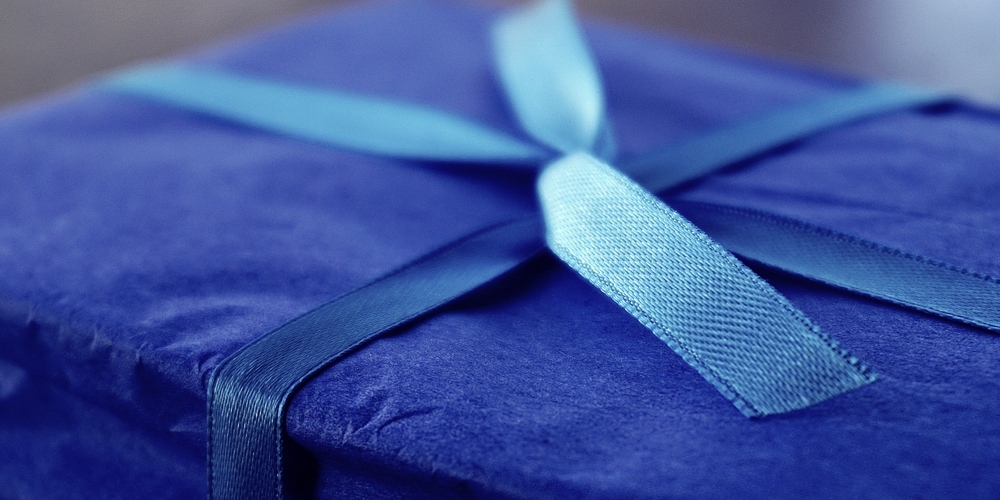 Here is an amazing true story about a transformed life. It happened about A.D. 35 in Syria, and is one of the most remarkable and complete reversals of life direction by the gospel of Jesus Christ. Here we have a prime example that the good news about Jesus is not a quid pro quo but a totally unexpected and undeserved gift.

First, a few definitions. Politics is the art of governance and is often about quid pro quo. The gospel is the plan of human redemption from evil, God’s good news about the gift of life where quid pro quo is not even a possibility. Quid pro quo is when something is given or taken in exchange for something else: this for that. You scratch my back, I’ll scratch yours. A sale is a quid pro quo: I give you money for a toaster or a haircut.

A gift is entirely different. It is an act of giving with no payment or expectation in return. A genuine gift is motivated by a caring friendship and comes with no strings attached. We find this hard to understand, because even most human love comes with expectations. Divine love is different; it gives even when the recipient is ungrateful. Jesus said of His Father: “He causes his sun to rise on the evil and the good, and sends rain on the righteous and the unrighteous” (Matt. 5:45).*

Life is a gift from the Creator. We had nothing to do with our appearance on the planet. Neither our parents nor God asked for our permission; we just arrived. We came, damaged from the fall, some coming under very difficult circumstances, others with varying degrees of health, intelligence, or opportunities. While suffering and distress were never part of God’s original plan, because of evil we all were born with serious limitations, including a life, at best, restricted to a few decades in a world where hurt and pain are the norm.

For clarity, a gift might be misunderstood as a quid pro quo, as when the recipient feels the need to give a gift in return or if the gift comes linked to an obligation or expectation of something in response. The biblical gospel is not this kind of giving, because there’s no way humans can ever repay redemption from evil. We may be grateful and enjoy the gift, but we can never begin to repay it.

A Life of Obligation

The apostle Paul presents a clear case for the gospel as a gift because he had tried quid pro quo with God for years, and it clearly didn’t work. His conclusion after an encounter with Jesus was, “For it is by grace you have been saved, through faith—and this is not from yourselves, it is the gift of God” (Eph. 2:8).

All the world’s religious systems—including many in Christianity—see religion as a quid pro quo. We live a good life and expect blessings; those who live good enough lives will be given eternal life by a grateful God. Unfortunately, the sin problem is so deep and destructive that even if we could live good lives, it would not be enough to redeem ourselves.

The story of Saul who became the apostle Paul is a practical example of how spiritual quid pro quo doesn’t work. Paul was the essential religionist trying to be good. He had an impressive Jewish pedigree, which in his pre-Jesus mindset basically guaranteed salvation. He spelled it out: “Circumcised on the eighth day, of the people of Israel, of the tribe of Benjamin, a Hebrew of Hebrews; in regard to the law, a Pharisee; as for zeal, persecuting the church; as for righteousness based on the law, faultless” (Phil. 3:5, 6). By Jewish religious standards, no one could be more spiritually complete.

Yet, for Paul, something was seriously wrong. Instead of enjoying peace and joy and becoming kind and loving, he ended up an angry, frustrated, and hateful destroyer of those who believed differently, those who in his mind were destroying his heritage and culture. Suddenly, on the road to Damascus, the resurrected Jesus showed up and miraculously changed his life.

“Meanwhile, Saul was breathing out murderous threats against the Lord’s disciples. He went to the high priest and asked him for letters to the synagogues in Damascus, so that if he found any there who belonged to the Way, whether men or women, he might take them as prisoners to Jerusalem. As he neared Damascus on his journey, suddenly a light from heaven flashed around him. He fell to the ground and heard a voice say to him, ‘Saul, Saul, why do you persecute me?’

The impact of this encounter on Paul and the world cannot be overemphasized. This angry, hateful, religious man was changed into the loving, self-sacrificing apostle of grace.

A genuine gift is motivated by a caring friendship and comes with no strings attached.

Two things shook Paul. First, for the first time, he clearly got the message that the Creator God he had been worshipping and serving all his life was in fact the humble, radical, healer-teacher from Galilee. The Jesus whom Paul was convinced was an imposter and whose movement he had been violently trying to destroy, was in fact the promised Messiah.

Second, and even more surprising, was the fact that in the presence of the resurrected Jesus, he was not destroyed, we might say vaporized. I picture Paul after the event pinching himself to make sure he was still alive, because in his legalistic mind he clearly deserved execution. Yet, he was not lectured by God but simply given clear instructions about where to go and get a new assignment in the service of God. Wow!

Paul had experienced grace. He deserved to die but was given a new lease on life. He deserved annihilation but was given a new revelation of the love of God and began to experience the good news about Jesus. He was redeemed, not by his good works but by the goodness and grace of God. In that moment he was wowed and changed by God’s unconditional love. He never got over it.

Paul encountered the living Jesus, and the impact on what we would call an accomplished and good man was immediate and transformative. He was a new person from the inside out. He was still zealous and hardworking with an exceptionally brilliant intellect, but he was no longer fearful, anxious, angry, and hateful. He was now kind, loving, and joyful, even when in pain and adversity. This change was supernatural, brought about by a loving, all-powerful Creator who can change a person from evil to good, something that is impossible through effort or obedience to rules.

The impact on the world past and present is almost beyond belief. After a few years of reprogramming by God, Paul became not only one of the most famous and prominent followers of Jesus but the clearest presenter of the gospel as a gift. Paul’s sharp, spiritually trained mind, immersed in the Old Testament, now understood Jesus as the mighty God of Israel. He now understood redemption as foretold in the sacrifice of lambs and accepted Jesus as the true Lamb of God.

The cross of Jesus became the central theme of Paul’s teachings, and with a special clarity he explained redemption as a gift. He now understood that, like all sinful humans, he was hopelessly lost and needed salvation. This saving came through the divine love of Jesus and is given to everyone who accepts it as a free gift.

Paul’s gospel message is, “Therefore, if anyone is in Christ, the new creation has come: The old has gone, the new is here” (2 Cor. 5:17). Paul, the brilliant legalist, was hopelessly trapped in anger, fear, and hate until he met Jesus and was forgiven, re-created, and given new life. Then he recognized that obedience is a positive, loving response to redemption, not the reverse. He is clear: the gospel could never be a quid pro quo. A loving God provides an escape plan f
rom evil that can only be received as a gift and is available to all who accept it.

As Jesus put it, “God so loved the world that he gave his one and only Son, that whoever believes in him shall not perish but have eternal life” (John 3:16).

Cameron Johnston is retired after serving as a pastor in British Columbia.