“You Are Here to Change the Future” 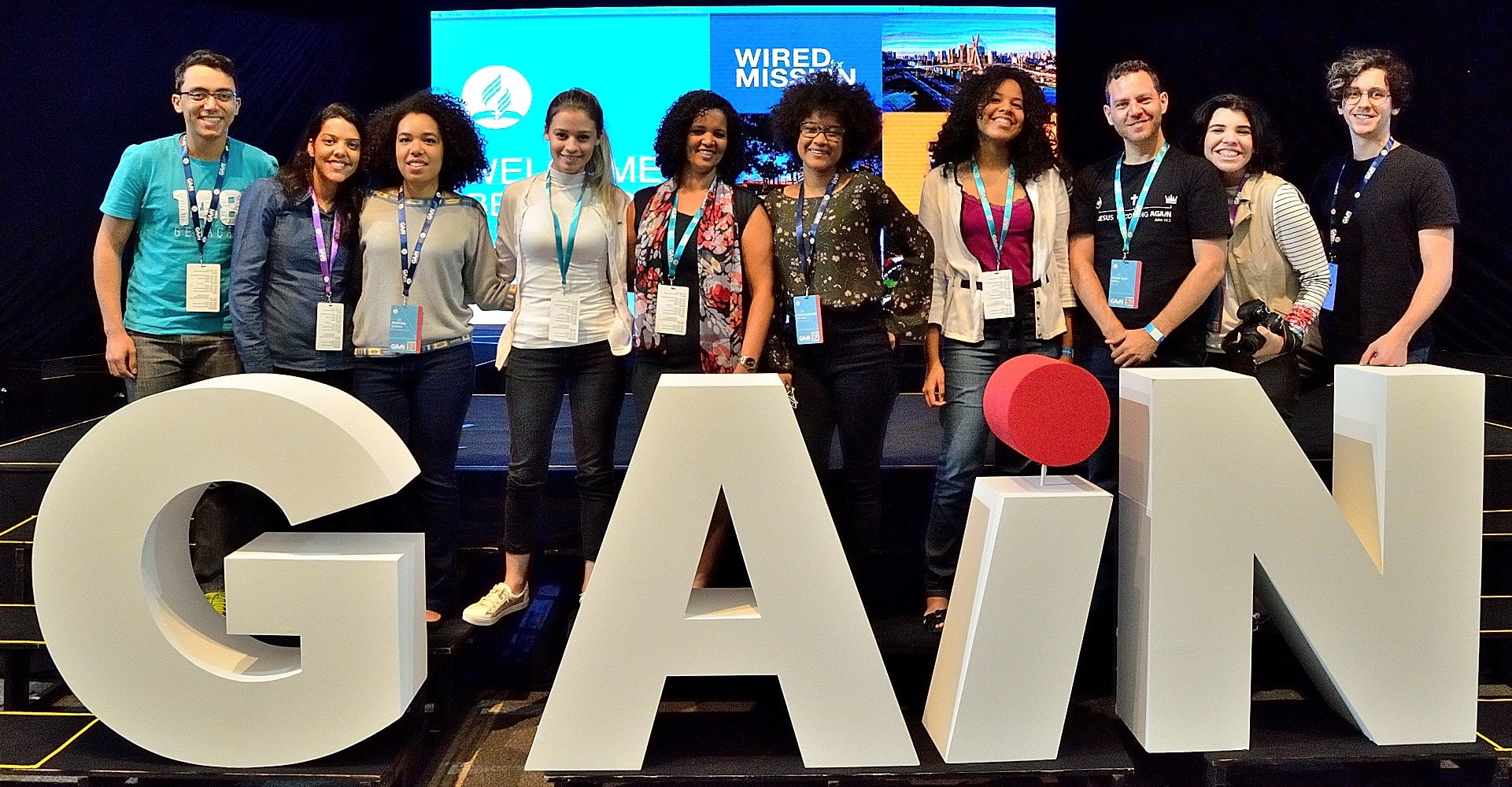 “You are here to change the future,” Köhler said emphatically, before encouraging communication professionals to help the Gospel message “go viral.”

For Köhler, hosting the Global Adventist Internet Network (GAiN) technology conference was a significant opportunity since his Division has a defined emphasis for the quinquennium leading to 2020 to strengthen communication actions in an effort to spread the gospel message more effectively. Digital communication is seen as strategic by the Division and as an ally in ministry. “We work with a vision of integrated evangelism where all areas of the church and all possible means are used to their maximum potential, but the focus is on the preaching of the gospel,” explained Köhler.

Rafael Rossi, communication director of the South American Division, added that GAiN was significant for the Division because it contributes to a broader vision for communication professionals, who otherwise would not have the opportunity to attend the event in other parts of the world. “It is important for communication professionals to know the challenges and creative ideas that the Adventist Church uses in different parts of the world,” explained Rossi. “And this exchange brings new prospects for local growth.”

The South American Division was single-handedly responsible for recruiting 430 GAiN attendees from its territory.

As this year’s GAiN conference progressed, organizers continued to offer a line-up of experts and practitioners to unpack the theme Wired for Mission. “Our goal was to inspire all communicators to look higher and broader so as to see the whole world as their mission rather than just their own territory,” said Sam Neves, associate director of communication for the Adventist Church.

Among the presenters where those who had seven minutes to describe a project that they are involved in. The segments, strewn throughout the daily proceedings, were called Project Slams and featured a wide variety of missional technology use. A Brazilian IT professional unveiled ShekinaStore.com, a centralized online store for Adventist media resources; Benjamin Seifert from Germany shared the development of Image, a social media network that builds a character profile for the user; a communication professional from the Southern Asia Inter Africa Division showed a clip of a biblical game show; a professor at UNASP introduced WePray.mobi, a global repository of prayer requests; Hope Channel Inter-America demoed a new series about ministry to native Maya people; and Andrew Perry from Australia introduced the Adventist Passport, an app-based personal aggregator of customized Adventist content and a way to track involvement in Adventist events and groups.

Other Project Slams included Carole Saint-Louis, who along with her husband reproduce ANN newscasts into French; Jesse Johnson announcing that It Is Written has a Daniel and the Lion’s Den VR experience and an app called Outreach, featuring comprehensive evangelism resources; Michael von Horsten who introduced attendees to Adventist Help, a humanitarian organization working in partnership with ADRA in places such as Mosul, Iraq; and Adventist Mission introducing a 30-second student film competition with significant prizes.

Against this vast backdrop of mission-infused technology, Deborah Bonazzi threw the audience a curve ball. Bonazzi, who is head of Industry-Media and Entertainment for Google Brazil, reminded attendees to be fully conscious of their use of technology. While admitting that we need technology, Bonazzi explained that “we are not having deep conversation” these days due to our immersion in the digital space. She informed audience members that Google has created intentional spaces for conversation in its headquarters for employees.

Bonazzi next introduced a concept familiar to Adventists, though with a twist. She advocated a “digital Sabbath,” a time when every person commits to taking a break from technology. She relayed several examples of how those outside of the Adventist Church are discovering this concept and its benefits, quoting YouTube CEO Susan Wojcicki as saying “If you are working 24/7, you’re not going to have any interesting ideas.”

A Sabbath to Remember

The GAiN experience also featured several memorable Sabbath options, beginning with a spirited worship service in the morning. Guillermo Biaggi, a vice president of the Adventist Church involved with many media ministries around the world shared a sermon during which he affirmed conference participants. Citing a number of trends and statistics, Biaggi made a case for utilizing technology for mission, concluding that “GAiN is vital in fulfilling the mission of the Seventh-day Adventist Church.”

The afternoon was left for individual activities, including visits to the UNASP farm, walks around campus and the viewing of a recently produced documentary film on the Sabbath, called Rest. The film was produced in collaboration with all thirteen Hope Channel affiliates around the world and features a unique approach to demonstrating what the Sabbath means to Seventh-day Adventists around the world. Rest featured thirteen individuals or families from various countries and how they experience the Sabbath. The juxtaposition of these experiences, interwoven into each other had a powerful impact on viewers.

The Sabbath ended with yet another showcase from UNASP students and staff, who put on an immersive musical and media experience on the life of Paul. Choir, orchestra, and solos, were all coordinated to a film depicting a modern Paul and the impact that his ministry had on many different lives.

GAiN 2017 ended on a reflective note. Allan Novaes, a professor at UNASP specializing in the intersection of theology, communication and culture challenged attendees with the notion that paying attention to pop culture can have a positive effect on mission. “God can communicate Himself through culture or everyday life,” explained Novaes, pointing to biblical wisdom literature and the parables of Jesus as examples. Novaes boiled down his presentation to three principles: Pop culture helps us know better how religion is understood and practiced; pop culture allows us to understand how to offer a missiological response to pop culture; and pop culture allows us to connect with new generations in a media based society.

Next, Karnik Doukmetzian, legal counsel for the General Conference reminded communicators and technology professionals to pursue their calling within legal parameters. Doukmetzian outlined copyright and trademark issues relevant to the GAiN context and cited multiple examples of the damage done by not following intellectual property law. He summarized the answer to every potential question with one solid principle, “make sure you get permission” from the owner of the intellectual property.

Finally, Sam Neves, associate director of communication for the Adventist Church reflected on the collective identity or brand of the Seventh-day Adventist Church. He then introduced attendees to the new Adventist visual identity package including the slightly re-designed logo, a new font that “speaks more than 90 languages” and the Creation Grid, a design approach that gives designers 6/7 of the space for custom design, while reserving the seventh for the global Adventist identifier. For more information on the newly voted visual identity, visit the Adventist Identity Guideline System online.

Those in attendance affirmed the purpose and the success of the gathering. “The GAiN meetings are really special,” concluded Seifert. “It is wonderful to meet so many mission minded professionals, who want to work for God!”

The next GAiN conference is scheduled for August 8-12, 2018 in South Korea. For more info, visit the GAiN website.