Where Worship Services Start in the Afternoon 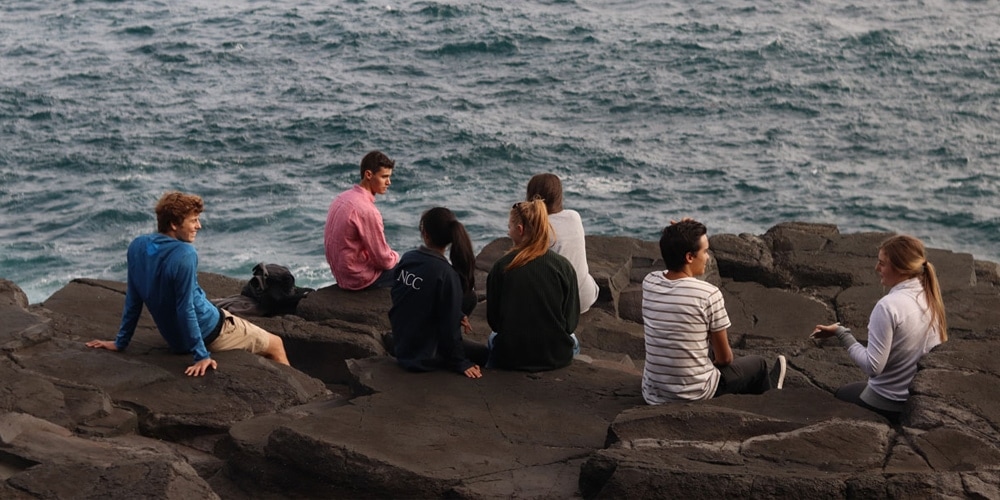 When Jeremy Choo and Jack Stott sensed a need among young Christians and non-Christians in their community for genuine connection and relevant conversation, they decided to do something. What started as a Monday night gathering evolved into Avenue Church, a church plant that is launching soon.

“We sensed a need among youth our age to talk about things that don’t normally get talked about at church: relationships, mood, addiction, anxiety, and other contentious topics. We felt a need to have a space where people could delve into those topics and not be judged, where they could feel at home,” Choo said.

Choo, 19 — who is currently in his first year of theology and ministry training at Avondale University College and is a pastoral worker — teamed up with his friend Jack Stott and a group of young leaders to create “Avenue Community,” a different kind of church never seen before in the eastern suburbs of Melbourne, Victoria, Australia.

“It’s mostly independent,” Choo said. “It’s not associated with a specific [local] church, and we [started] it as a small group in my friend’s backyard on Monday nights. Sometimes [we’d] do music, sometimes discussion or a message, and sometimes it [was] just social,” he said.

Beginning as a small weeknight group, Avenue Community grew rapidly, and the leaders soon adopted the vision to turn the small group into a church that meets at 4:00 p.m. on Saturday (Sabbath) afternoons.

“We chose this time because it’s attractive to youth. They can attend their regular church in the morning, or sleep in, or invite their non-believing friends over for lunch and then come in the afternoon. Also, there are usually community events or sports games on in the morning, so this allows non-believers to attend both.”

A dual focus of Avenue Church is to provide a space for young Adventists or Christians disillusioned with traditional church and to empower them to reach out to non-Christians and invite them into a caring community.

“At the moment, it’s mostly Adventists and some Christians that are part of it, but we are branching out and inviting and connecting with those from the wider community and those who aren’t Christian too. I guess I see this year as testing the waters a little bit. I want to see it take off next year,” Choo said in 2019.

After being approved as a group by the Victorian Conference leadership, Avenue Church was on track to officially launch in April 2020; however, COVID-19 restrictions altered their plans. The church will now launch later this year when restrictions have lifted.

“We’ve had to revisit the model and now plan on doing it as a multi-site house church network. We will be prerecording messages and worship music. Then we’ve got this software that news reporters use, which allows you to connect different callers into a broadcast, a bit like Zoom but much better quality. And it will be broadcasted online as well,” Choo said.

The church will be spread across four houses in Melbourne’s eastern suburbs, with an expected attendance of around twelve people in each house as well as a host and facilitator. Larger group events will also be held as government restrictions continue to ease.

“Initially we were annoyed, the lockdown changed all our plans. [But] it forced us to reimagine church a little bit. God has used this time,” Choo said. “Definitely when the pandemic finishes, there will be larger gatherings — every week or month, we’re not sure yet. People are missing larger group events, but we still want to continue the house gatherings.”

Avenue Church is the second ministry that its leaders have been involved in, the first being “Re:VIBE” in 2016 — a high school ministry at Nunawading Christian College (NCC). Re:VIBE’s leaders have since left school, but the ministry continues to thrive thanks to a mentoring culture they helped to establish.

“Re:VIBE started with us in Year 10, and then when we graduated, we passed it on. There were a couple of baptisms that came out of this, but the real beauty was in the discipleship and leadership development that this ministry entailed. Nunawading will be one of our mission fields, connecting with the high school.”

To ensure that Avenue Church is an inviting and attractive community, there are dedicated departments within leadership, united under one vision statement: To be a movement led by a younger generation of God-driven influencers who enhance the Adventist message; awakened by the Holy Spirit to globally make the love of Jesus tangible to the unchurched.

Their multigenerational leadership team has people assigned to administration, communications and social media, design and branding, music and worship, first impressions and connections to make sure that no guests or regular attendees fall through the cracks.

As for the continued vision and growth for Avenue Church, the sky is the limit. Choo said he and the leadership team have discussed plans for integrating the ministry with other community initiatives and spreading right across Melbourne.

“I would like to see it as a movement that is manifested in different church plants across Melbourne, or being integrated with other community places like gyms,” he said. “We’re in the east at the moment but eventually want to plant another campus too. We’d love to have an online global audience. We’re thinking really big about how we can use our influence and creativity to minister to this generation.”