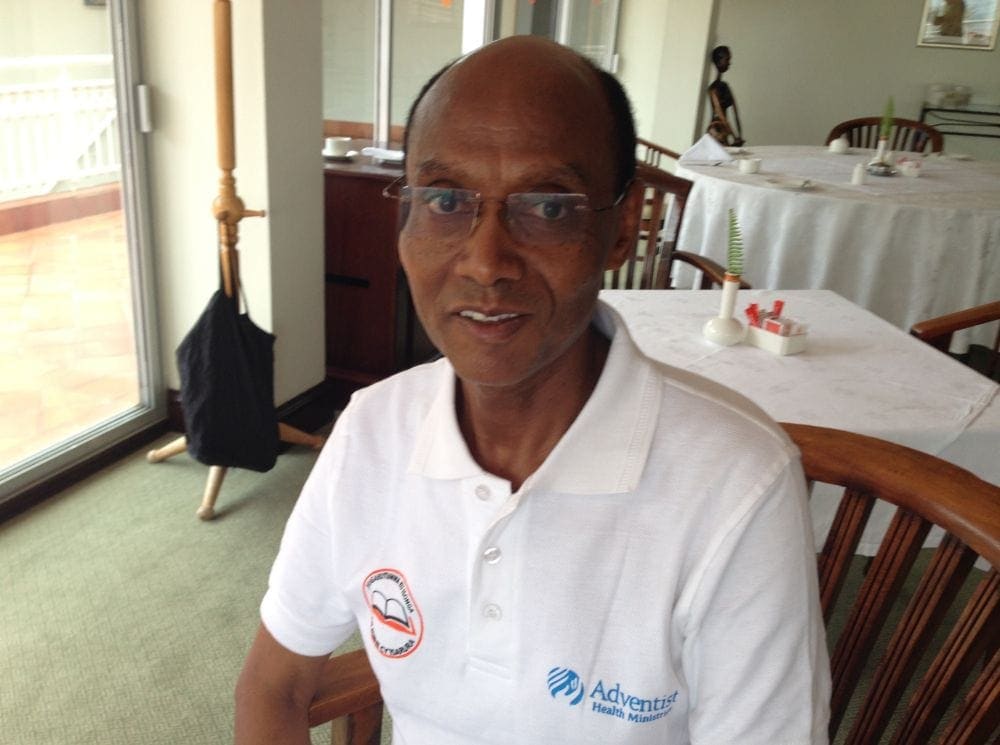 The official number of patients who received free treatment at three Seventh-day Adventist clinics in Rwanda is 4,890.

But the actual figure is at least one person higher.

Just a day after the free clinic in the resort city of Gisenyi closed, a hotel chef approached one of the Adventist lay preachers conducting evangelistic meetings there and asked whether anything could be done for his 5-year-old son.

He said the boy suffered severe asthma attacks that required him to be hospitalized at least once a month.

“Can you help?” he asked, standing awkwardly but determinedly at the table as the hotel guest ate breakfast.

The U.S. visitor wasn’t sure what to say. He didn’t have any medical training, and the free clinic had ended.

He consulted with other lay preachers staying at the hotel, and they advised taking the matter to Dr. Fesaha Tsegaye, health ministries director for the Adventist Church’s Central-East Africa Division, which includes Rwanda.

Tsegaye was terribly busy during the May 13-28 evangelistic meetings, which concluded last weekend with an unprecedented 95,920 baptisms. He presented health seminars nightly to a crowd of 6,000 people at an evangelistic meeting led by Adventist Church president Ted N.C. Wilson. For the first week of the meetings, he also coordinated the three free clinics in Gisenyi; Rwanda’s capital, Kigali; and the southern city of Butare.

But Tsegaye, a soft-spoken Ethiopian national, didn’t blink an eye when told about the chef’s son.

“Can you take me to the father?” he said.

In the hotel dining hall, the chef explained the situation as Tsegaye asked careful questions. Tsegaye asked if the father could bring his son to the hotel for an examination.

“I’m looking for a new home,” he announced. “The doctor said something in the area where I live is causing an allergic reaction.”

Tsegaye also said the boy would probably outgrow the allergy in two or three years.

“Thank you,” the chef said. “Thank you for helping my son.”

While Tsegaye did not include the boy in his final tally of patients, the case helps illustrate the fact that people’s needs were much greater than he had expected. Tsegaye said more than 800 people had flooded the Gisenyi clinic in a single day, swamping overworked volunteers who could only see half of them.

Tsegaye had hoped that the 130 doctors and nurses volunteering at the three clinics would be able to see 6,000 to 6,500 patients. But the volunteers, who took vacation time from their regular jobs, ended up not being able to work longer than a week.

More free clinics are being planned throughout the 11 countries of the Central-East Africa Division.

Tsegaye said he was pleased with the results of the first clinics.

“We are really happy,” he said. “Health is an entering wedge for the gospel.”